Professor Sutton and his colleagues from the Department of Health and Human Services are facing a parliamentary investigation into the state’s hiring and testing tracking systems.

“When you get to hundreds of cases, at that kind of level of 200 or more cases per day, it really starts to challenge your ability to get all that timely information for close contacts … within that critical time frame,” he said. .

“When you get to very, very high numbers, your ability to overcome it degrades.”

The health director said the spike in cases around that time could be related to Victoria’s ill-fated hotel quarantine program.

“The driving force there was what seems epidemiologically … a super spread event that has appeared in a large number of households in very wide geographic areas,” he said.

The research was informed that about a third of those infected were responsible for driving most of the spread of the virus.

“So even with the best contact tracing in the world, we were up against people who had up to about 20 contacts each, whether in the workplace, at home, or both,” said Professor Sutton.

“There were clearly mysterious cases there.”

“It doesn’t matter how good your system and your interviewers are, unless you have the trust and commitment of the community … the processes will not work,” he told the investigation.

Professor Wallace also said that DHHS was slowed by the lack of a digital platform to help with data processing when cases began to increase dramatically.

The global customer relationship management tool, Salesforce, presented the platform to the department, but it was rejected.

DHHS members could not tell the consultation who made that call, but Professor Wallace said DHHS prioritized what would be most beneficial in the immediate term and in interview cases.

“Leaving the tools aside and building a new platform just wasn’t the right decision,” he said. 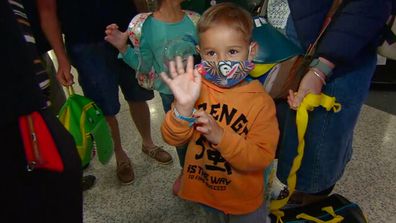 Scenes of joy when the four-month border closure ends

The investigation is led by Reason MP Fiona Patton.