The United States registers 100,000 new cases of COVID-19 on Thanksgiving

The United States enters the grim holiday weekend after Thanksgiving that saw more than 100,000 new COVID-19 cases and 1,200 deaths – numbers skyrocketing as 20 states reported no data.

Traditionally the beginning of a season of buying and giving, the last days of November have seen record highs in the worsening pandemic, outpacing previous waves and showing no signs of slowing down in the precarious winter months.

The United States marked the twenty-fourth consecutive day Thursday with more than 100,000 new cases. Hospitalizations hit a new record, for the 17th day in a row, with more than 90,400 COVID-19 patients nationwide, according to the COVID monitoring project.

The death toll in the country since the start of the pandemic is now more than 263,000. And nearly 60,000 more people could lose their lives in the next three weeks, according to a joint forecast released by the US Centers for Disease Control and Prevention this week.

The number of daily deaths is likely to double in the next 10 days, prolonging the sense of loss and isolation in a season traditionally spent with family and friends.

“So we’re going to see about 4,000 deaths per day, which is how you get another 60,000 deaths in just about 20 days,” Dr. Jonathan Reiner, a professor of medicine at George Washington University, said Wednesday.

Thanksgiving gatherings could fuel the already fierce surge, officials warned, urging Americans to avoid traveling and celebrating only with immediate family members. Many listened, a survey showed this week, but millions boarded planes across the country since last week.

“In a week, more likely two weeks, we will see a surge,” Dr. William Schaffner, a professor of infectious diseases at Vanderbilt University, said Wednesday. “A difficult moment awaits us.”

Statistics reported in the days after the holidays will likely show a relative drop in the number of COVID-19 cases, followed by an increase. This reflects the delay of government agencies in reporting over the long weekend. And given the incubation time for the coronavirus and the time it takes for someone to test positive, Thanksgiving-related cases are unlikely to show up in public data until the first full week of December at the earliest.

The projections for the next few weeks may be grim, but it is not too late for a change of course.

“If we all got together and wore masks and did social distancing, we could round this curve in two to three weeks,” Schaffner said. “We would see transmission decrease even before we get to vaccines.”

What it would take to turn the tide

While a potential vaccine candidate could soon get the green light, the widespread effects of a vaccine are months away. Still, Americans right now have valuable tools that can help.

These are simple steps that could make a big difference. More than 40,000 lives could be saved in the next two months if 95 percent of Americans wore masks, according to projections of the Institute for Health Metrics and Evaluation of the University of Washington.

More local and state leaders have pushed for mask orders in recent weeks in a bid to stem the spread, including Republican governors who previously resisted similar mandates.

In West Virginia, Gov. Jim Justice has pleaded with residents in recent weeks to cover their faces, saying that the masks are “really the only bullet in the gun.”

“If you have any downside, if you don’t believe in it, please use it … what’s the downside,” Justice said at a press conference this week. “Look, we are not the type to appropriate anyone’s rights. My good lord, I understand with all my heart, we don’t want to do that in any way. But you have to help me.”

It’s the kind of message that should be shared by local leaders across the country, Dr. Peter Hotez, dean of tropical medicine at Baylor College of Medicine, told CNN Thursday morning.

“Keep saying it every day and hope some people really start to believe it. That’s our only hope right now. We have to limit those surges and we need those local leaders to really step up, so this is absolutely vital, “he said.

The hope is to help keep more people alive until a vaccine, he said.

“It’s a question of keeping your mother, your father, your brother, your sister alive from now on,” Hotez added. “If only we could send those messages.”

The message is crucial as a decision by the U.S. Food and Drug Administration authorizing Pfizer’s coronavirus vaccine may not arrive until a few weeks after a meeting scheduled for Dec. 10, according to an official. from the agency.

On Thursday, President Donald Trump said vaccine deliveries will begin “next week or the following week,” but the director of the FDA’s Center for Biological Research and Evaluation a day earlier offered a very different time frame.

“It will be a matter of weeks. It could be days to weeks” after the December 10 meeting, according to Dr. Peter Marks.

“I can’t give you an exact date when we are going to issue an emergency use authorization because we have to get it right,” the FDA official said Wednesday.

The FDA’s Advisory Committee on Vaccines and Related Biologicals will discuss the request from Pfizer, the only company requesting authorization to ship the vaccine.

Vaccines will begin in the United States “towards the end of December,” according to Dr. Anthony Fauci, director of the National Institute of Allergy and Infectious Diseases.

Despite the uncertain timing of a vaccine, masks remain a point of contention in many parts of the US.

Florida Gov. Ron DeSantis issued an order this week that prohibits municipalities from issuing fines for violations of rules related to the pandemic, such as mask mandates, or for limiting the capacity of restaurants without justification.

The extension is in stark contrast to recent announcements by other state leaders of more restrictions and more enforcement. In Connecticut, Governor Ned Lamont issued an executive order this week increasing the maximum fine for businesses that violate COVID-19 orders to $ 10,000. The previous maximum fine was $ 500.

Miami-Dade County Mayor Daniella Levine Cava took to Twitter Wednesday after the Florida governor’s extension, noting that “bipartisan governors across the country are implementing mask orders as one of the best tools to we have to fight COVID-19. “

“It is deeply frustrating that @GovRonDeSantis continues to block local actions and makes it difficult for local leaders to keep our communities safe,” Cava wrote.

“I am asking the governor to work with local mayors so that we can bring our local knowledge,” added Cava. “We need to work together to create policies that protect all of our families and our economy in this time of crisis.

In the past week, Florida reported more than 56,400 new infections and more than 520 deaths, according to data from Johns Hopkins University.

CNN has reached out to DeSantis’s office for comment.

In total, more than 12.8 million Americans have tested positive for the virus since the start of the pandemic. But a new study suggests that it could only be a small fraction of the true number of infections in the US.

Only about 1 in 8, or 13 percent, of all COVID-19 infections in the country were recognized and reported through the end of September, the CDC researchers estimate. That means up to 53 million people in the US could have been infected from February through September; However, during that time, only about 7 million confirmed cases of symptomatic COVID-19 were reported nationally, the researchers noted.

To estimate the number of COVID-19 cases that may have been missed since the start of the pandemic, the researchers used a model to adjust for the reported number of symptomatic cases in the US They considered what is known about detection of cases, asymptomatic infections, patients seeking care or not, and the risk of false negative results.

Limitations of the study include that the availability and use of the tests has changed over time and its findings serve as estimates only. 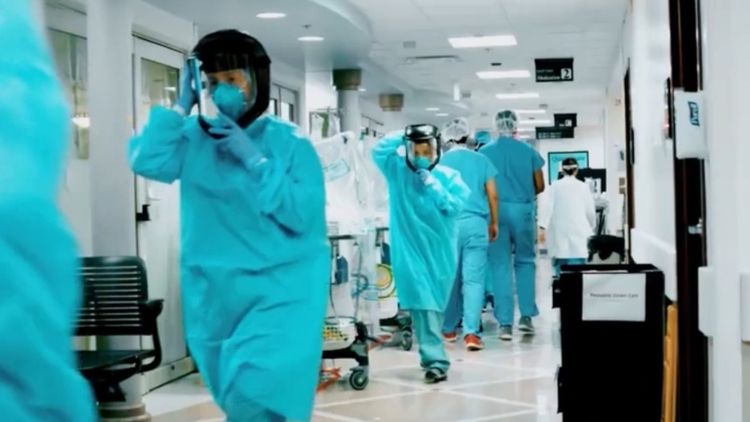 While the numbers may seem large, the researchers wrote that, yet “this indicates that approximately 84 percent of the United States population has not yet been infected, and therefore most of the country remains at risk, at risk. despite high hospitalization rates. “