Liberal Federal Rep. Craig Kelly says that even if the Therapeutic Goods Administration approves a coronavirus vaccine for use in Australia, you may not be convinced that there is enough “evidence” for you to obtain it.

In an interview with 9News political journalist Jonathan Kearsley, Kelly criticized “so-called experts” in the medical field and questioned whether the vaccine was necessary.

When asked if he supported a widespread deployment of the COVID-19 vaccine in Australia to reopen the borders, Mr Kelly said “it is a difficult question to answer.”

“There are several questions that need to be answered, and one of them is if in Australia if we have basically gotten almost rid of COVID, why do we have to vaccinate everyone?”

The Hughes member in New South Wales also repeated that he would not rely on “a single expert body” when it comes to a coronavirus vaccine.

“We have seen so-called immunology experts at the beginning of the COVID outbreak tell us that the numbers were going to go through the roof, and we see that they were simply wrong.”

The TGA is part of the Australian Government Department of Health and is responsible for regulating therapeutic products, including prescription drugs, vaccines, sunscreens, vitamins and minerals, medical devices, blood and blood products.

Your decision on whether to allow the use of a vaccine in Australia will be the result of extensive scientific investigation.

Kelly said that even if the TGA approved a vaccine, “I would like to see all the evidence and hear a wide range of opinions.”

“I want to weigh all the evidence and make sure that the decision I make, the decision for me and my family, and if they ask me to advise my constituents, is based on what I believe is the best evidence.”

Kelly also repeated the disproved claims that hydroxychloroquine is an effective treatment for coronavirus and said that Dr. Brendan Murphy, the man who led Australia’s pandemic response, was wrong.

Kelly claimed that he was not suggesting that people not get vaccinated.

When asked if he would vaccinate his own son, Kelly was sure.

“Based on the evidence I’ve seen, I don’t think it’s necessary.” 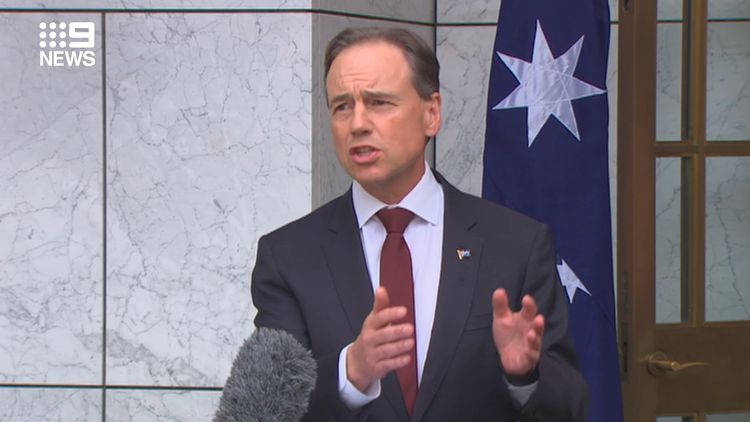 “Australia is doing superbly, but we won’t really be safe at home until the world is safe. And that is why vaccinations at home and abroad are so important,” Hunt said.

Professor Skeritt added: “I want to assure the Australian public that the safety as well as the performance, efficacy and quality of these vaccines is first on mind.”

Morrison said that no steps will be taken to ensure the vaccine is safe for use in large populations.

“In Australia, we trust The Therapeutic Goods Administration and we rely on the incredible professionalism and expertise, medical and scientific expertise of Professor Skerritt and his colleagues.

“As not only in this vaccine, but in all vaccines.

“When you take your child or even yourself to get vaccinated now, that’s where we put our trust.”