Christchurch terrorist could only have been detained ‘by chance’


When a gunman entered Masjid an-Nur on March 15, 2019, shooting dozens of worshipers on his way, the steroid-laden terrorist was carrying out an attack that had required months of diligent and intensive planning.
But there was no way that the police, the Security Intelligence Service or any other public sector agency could have been alerted to the imminent terrorist attack.

That is the finding of the Royal Commission of Inquiry into the Terrorist Attack on the Christchurch Mosques, whose report was released to the public on Tuesday.

The 792-page report has found that while, with the benefit of hindsight, there were clear events that could be linked to the planning and preparation of the terrorist, the signs were “fragmentary” and could not be put together at the time.

“No aspect could have alerted public sector agencies to an imminent terrorist attack,” the report said.

The report begins by exposing the horrific events of March 15 when 51 people were killed and dozens more shot dead at Masjid an-Nur and the Linwood Islamic Center in Christchurch.
Details the terrorist’s background, including his upbringing in Australia, his extensive international travels between 2014 and 2018, and the development of his terrorist ideology.

The report includes information on the terrorist’s general life in New Zealand, events that happened as part of his planning and preparation, and a detailed description of how the attacker managed to obtain a New Zealand firearms license.

The report found that the police had not met the standards required in administering the firearm licensing system, did not address whether the shooter’s referees knew him well enough, and that there was a lack of staff training.

Police were heavily criticized for an inadequate firearms licensing system, which they accepted was not robust enough to adequately screen applicants.

Police Commissioner Andrew Coster apologized to the families and survivors.

Also included in the report is the government’s response after the terrorist attack, a look at legislation on hate crimes and hate speech, and an assessment of Aoteoroa’s efforts against terrorism.

Steroid abuse: 15 months before the attack

On December 18, 2017, the gunman presented to Dunedin South Medical Center with abdominal pain around the liver area.

He told the doctor that he had been taking oral steroids without a prescription and that he had injected testosterone two or three times a week.

The doctor found that the man exhibited the “characteristics of excessive steroid use,” including a rounded face also known as a “moon face.”

He warned the gunman that testosterone could have long-term consequences for his heart, but the terrorist was not interested in giving up testosterone.

The gunman was referred to the Dunedin Hospital endocrinology service, which sent a letter to the referring physician with advice on treatment options and an offer to meet with the patient.

But an appointment was never scheduled due to “pressure on the clinics” at the time and because the doctor was able to monitor the patient’s condition.

Police were unable to establish the source of the gunman’s steroid and testosterone supply, but confirmed that he had purchased 500 hypodermic needles, 300 syringes and 200 alcohol swabs online in February 2018.

The Royal Commission said his use of these drugs was seen as part of his preparation for the attack, as he was increasing in volume and possibly also mimicking the preparation carried out by the Oslo terrorist.

The commission said that since the shooter’s abuse of steroids and testosterone did not raise concerns about criminal activity, they were satisfied that the case was not deemed to warrant disclosure to police.

On July 13, 2018, the terrorist injured his right eye and thigh in a firearms accident at his home in Dunedin.

He had been practicing at home with his large capacity magazines, something he couldn’t do where others were present, and one round got stuck in the chamber.

His attempts to free the bullet resulted in contact between the firing pin and the primer.

He had a choice to make: seek medical treatment and get the attention of the authorities, or stay away and hope for the best.

His concerns about his eyesight were outweighed by his need to avoid getting on the police radar.

She reported to the Dunedin Hospital emergency department where they removed a piece of metal from her eye, gave her intravenous antibiotics and did an X-ray of her thigh.

Doctors decided to leave a metal fragment that had entered his thigh, as it was unlikely to cause problems.

You were provided with a claim form from the Accident Compensation Corporation to fill out so that the Southern District Board of Health could be reimbursed for your treatment costs.

Approximately five and a half hours later, the terrorist was discharged.

The recorder who treated the gunman said that although they considered the accident to have been “careless and a bit unusual”, the man had not acted in an agitated manner and they believed that the injury had been an accident and not a suicide attempt.

Therefore, they did not consider it necessary to report the injury to the police.

The Royal Commission report found that the Southern District Health Board was not negligent in failing to report the accident to the police, as it was not uncommon to treat a person for a minor injury from an accidental discharge of a firearm.

Social media posts: the year before the attack

An employee involved in the investigation in the immediate aftermath of the attack claimed that sometime in 2018 they had seen a report containing images of social media posts made with “Barry Harry Tarry,” the name the gunman used on Facebook.

The employee says the posts included “generally right-wing views and memes” but did not appear “inherently threatening or violent.”

The employee claims that he still reported seeing the posts to the external evaluator conducting the Arotake Review, but the material was deemed “not [warranting] escalation due to lack of internet, capacity or imminence “.

Therefore, it was not transmitted to the SIS counter-terrorism unit.

Neither the SIS nor the external evaluator were able to validate the employee’s recall and no proof of this was found in the SIS records. 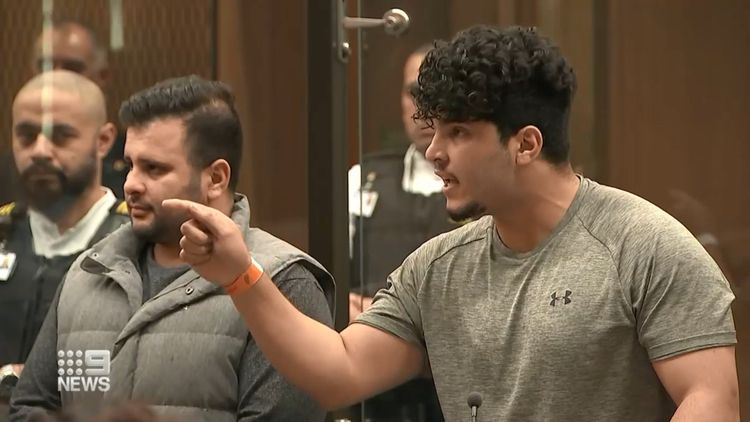 An Internet address: four months before the attack

On November 12, 2018, the SIS received an intelligence report that identified four IP addresses that had accessed files suspected of “possible national security interest.”

One of these IP addresses had been accessing suspicious files that contained content “that could facilitate actions that would result in threat or attack activity.”

This included files on Magpul brand firearm parts and firearm tactics. It is now known that the gunman subsequently acquired pieces from Magpul.

The Oslo terrorist manifesto was recovered from the gunman’s SD card associated with his drone after the attack.

In November 2018, the IP address was assigned to a counterterrorism investigator for the purpose of identifying the user of the address to assess its relevance to national security.

SIS efforts to identify the user were unsuccessful and on December 12, 2018, the lead was closed after staff concluded that there were no other options available to investigate the IP address.

The Royal Commission could not determine with certainty whether the March 15 gunman was the user of the IP address linked to the suspicious activity.

“If he was responsible for accessing the suspicious files, he did so in a way that prevented the activity from being linked to him. Therefore, this was not information that could or should have alerted public sector agencies to the terrorist attack”.

In its findings, the commission notes that intelligence and security agencies have little social license, which limits their capacity and capacity.

“The idea of ​​intelligence and security agencies engaging in mass surveillance in New Zealand is a myth,” he said.

“Given the operational security that the individual maintained, the legislative clearance environment in which the counterterrorism effort operates, and the limited capacity and capabilities of counterterrorism agencies, there was no plausible way it could have been detected except by chance.”

Prime Minister Jacinda Ardern said the report identifies many lessons to be learned and areas that need change.

He said the government will act quickly to implement some of the report’s recommendations, including appointing Andrew Little to coordinate the government’s response to the report.

The terrorist told the commission that he was not a frequent commentator on far-right websites, but instead used YouTube as an important source of information and inspiration.

In response to this disclosure, the prime minister said she will contact the leadership of YouTube, which is owned by Alphabet, Google’s parent company, to raise concerns directly.

This article originally appeared on Things and has been reproduced with permission.