Speaking in the Senate this morning, Simon Birmingham suggested that China could also be violating the rules of the World Trade Organization.

“The selective nature of the Chinese government’s action on Australian products raises concerns about China’s adherence to the letter and spirit of its ChAFTA and WTO obligations,” said Senator Birmingham.

“After a reasonable start in bilateral engagement, in recent years the lack of commitment from the Chinese government has impeded the use of these structures.”

It comes when China added lamb to its list of Australian products that it refuses to accept.

The Australian Lamb Company and JBS Brooklyn had coronavirus clusters associated with their facilities, but they have been open again for months.

the JBC Brooklyn Slaughterhouse dozens of cases were linked in Melbourne in July, but it has been months since a case was connected to the plant.

China has used these sprouts as a justification for not accepting meat from the plants.

Despite this, China has not stopped accepting meat from US slaughterhouses related to coronavirus outbreaks.

During the weekend, the Chinese state media Global times wrote that the initial outbreak in Wuhan may have originated from imported food.

“This is a very challenging situation for us because China is our biggest trading partner and it has been mutually beneficial,” he added. Mr Frydenberg said Today.

“What we have provided to China has helped its economic growth and what it has provided us is an important market for our exports, and we will continue to work on these problems where we cannot solve them bilaterally, obviously we reserve the right to use multilateral forums.”

But he noted that there were other countries with which Australia could expand its trade relations.

“There is no secret, this is a challenging time for the Australia-China relationship and we will work on these issues.”

Tensions between China and Australia have been at their highest in decades, and Beijing sent Canberra a list of complaints last month.

The complaints include Huawei’s ban on Australia’s 5G launch, Australia’s stance on the South China Sea, calling for an investigation into the origins of the coronavirus, and speaking out against human rights issues in Xinjiang and Hong Kong.

Last week, a spokesman for the Chinese Foreign Ministry tweeted a doctored image of an Australian soldier threatening an Afghan boy with a bloody knife.

“There are undoubtedly tensions between China and Australia. But that is not how it is handled,” he said. 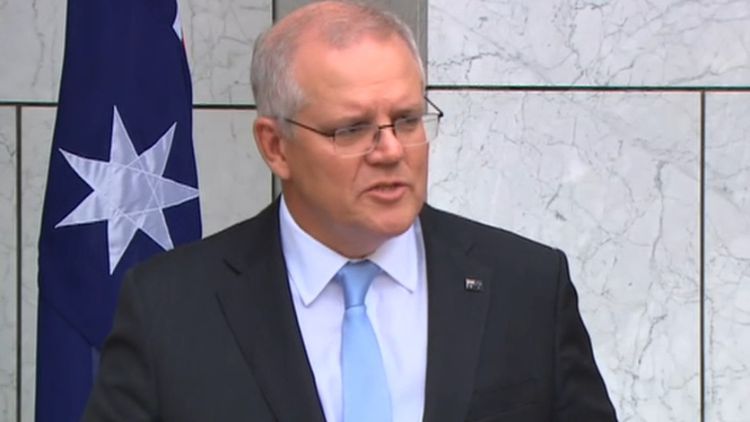 “It is deeply offensive to all Australians who have served in uniform.