The north Queensland coast is bracing for heavy rains and flash floods today as the storm hit by former Cyclone Imogen hits the region.

There is a severe weather warning from Babinda to Ayr, with some places slated for a deluge of up to 250 millimeters this morning.

The storms are likely to last until at least Thursday.

“The region has been drenched from this former tropical cyclone,” Molachino told Today.

But the area had escaped heavy rains overnight, he said. 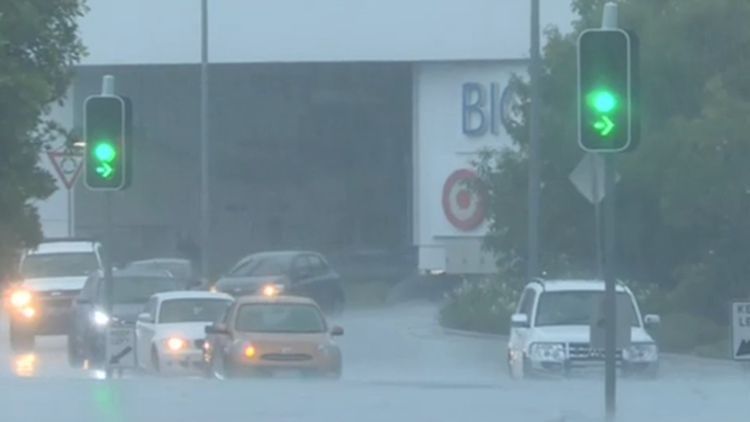 “The (meteorological office) is forecasting between 100 and 200mm today. And it looks like it will come in waves.

“You never know what you will get out of these systems as they go along.

“We don’t want people in the floodwaters. Not only is it a risk to their lives, but it is also a risk to those who come to rescue them. If you want a place to swim, wait until the water recedes and stay safe. and use your common sense. “

Meanwhile, in New South Wales, much of Sydney was lit up by an incredible thunderstorm at night.

The dazzling display was visible in the northern and western suburbs of Sydney, stretching south to Wollongong.

Heavy rains fell across the state in a sudden late-night storm, but the lightning seemed to last much longer.

The meteorological office says that most of the storm’s activity has passed, but Sydney and surrounding areas can expect a cloudy day with a high chance of showers.

It’s a very different situation in Western Australia, where hundreds of residents have fled their homes north of Perth as a runaway forest fire burns. Conditions have been so severe that a tanker has flown in from Victoria to help. Ocean Farms Estate and Seaview Park residents are told to leave their homes if it is safe to do so.

Today, across the country, the canals are causing rains, showers and storms in other parts of Queensland, the Northern Territory, New South Wales, Victoria and South Australia. A trough in Western Australia keeps warm and causes storms.

NEW SOUTH WALES AND THE ACT

Showers and storms, warm in the northeast. Possible cold to temperate showers in the southeast. Mostly sunny, temperate to warm in the west.

Clear, cool to cold rain in the southwest. Cold to temperate rains in the southeast. Mostly sunny, warm in the north.