It’s been a dramatic day again in the US When the FBI warned of more violent conflicts, the ASX remained flat despite heavy losses on Wall Street and COVID-19 cases in NSW rose again to five.

Here are the things you need to know from the day so far:

These were the biggest winners and losers of the day:

Acting Prime Minister Michael McCormack gave a divisive interview this morning in which he criticized social media and the decision to ban Donald Trump on Twitter and Facebook.

He also described National Conservatives MP George Christensen as “a free spirit” after Christensen used his Facebook account to question the outcome of the United States elections.

A massive data breach has exposed a “huge trove” of information gleaned from more than 214 million Facebook, Instagram and LinkedIn accounts, and stored on an insecure server, according to cybersecurity researchers.

In a report provided to 9News, SafetyDetectives’ cybersecurity team claims that around two million Australian social media users are among those found in a database owned by Chinese social media management company Socialarks. 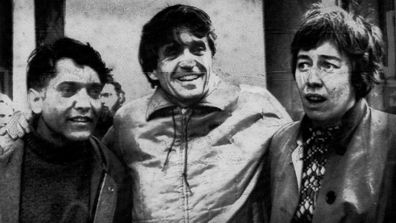 We asked NSW Police for the 10 speeding tickets from 2020 cameras. The fastest was caught at 244 km / h in a stolen car. You can see everything speed camera photos in the gallery below:

Tim Paine has apologized for a “really poor game as a leader” in the third test, one that Indian cricket icon Sunil Gavaskar says could see the end of his Australian captaincy.

Paine had a nasty verbal battle with Indian star Ravi Ashwin on day five at SCG, as well as losing three catches and setting up questionable fields when the match ended in a draw, despite Australia’s strong prospects for victory.

“I want to apologize for the way I did things yesterday. I am someone who takes pride in the way I lead this team and yesterday was a bad reflection of the team,” Paine said.

And if you’re looking for something to distract yourself from the news, see if you can beat the crossword nine.com.au here (Hint, 1 across is also an iconic Australian kids movie)