Queenslanders you can expect flash floods and tremendous wind speeds of up to 150 km / h when intensifying Cyclone Kimi makes landfall, possibly tonight.

Premier Annastacia Palaszczuk has urged all North Queenslanders living between Innisfail and Ingham to “listen to their radio” and prepare for a violent, life-threatening weather.

However, parts of southeast and central Queensland will also feel the effects of Kimi, with torrential rains and flooding forecast.

The Bureau of Meteorology said there was still “considerable uncertainty” about which parts of the Queensland coast would be most affected.

“We expect it to rain a lot with this cyclone,” Palaszczuk said.

Heavy flooding is likely after Kimi arrives tonight or tomorrow, he said, and winds of up to 150 km / h are expected.

A tropical cyclone The advisory is in effect in areas between Port Douglas, Cairns and Townsville.

Potentially dangerous flash floods will be a risk and extremely strong winds are expected.

“We want everyone in these northern regions to be listening to their radio,” Palaszczuk said.

“If it’s flooded, forget it,” he said, warning of the danger of trying to escape or cross the rising waters.

Major flooding is expected in the Herbert, Murray and Tully river basins, which are already described as “saturated”.

There is also a risk of flash flooding for the southeast and parts of central Queensland.

“If you are on the coast, prepare yourself.” 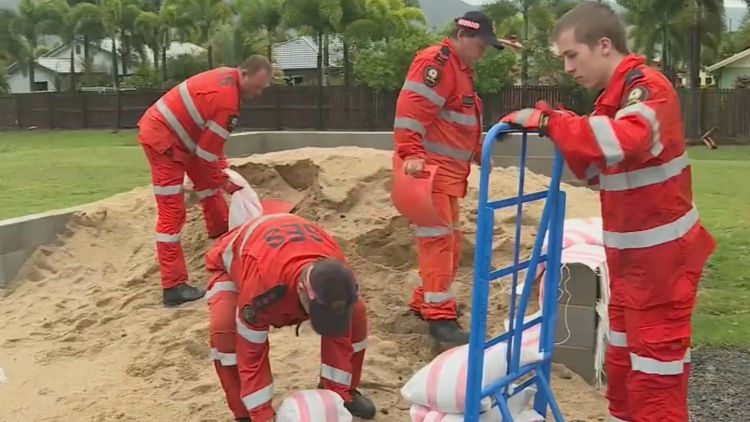 Ryan said anyone in Kimi’s firing line should secure the property, trampolines, sheds and outdoor furniture.

“It is very important that you have a plan,” he said.

“Be very, very careful of the heavy rain that could come in southeast Queensland because it could cause flash floods.”