Twelve members of the Army National Guard have been removed from their inauguration duties in Washington, DC following an investigative process to ensure troops have no ties to extremist groups, the head of the National Guard Bureau said Tuesday. .

Two of the people were singled out for “inappropriate” comments and texts, while 10 others were removed for questionable behavior found in the investigation process, Army General Daniel Hokanson said.

“I’m not concerned as a large part of our organization, if you look at 25,000, we’ve identified 12 and some of the ones that are just investigating, it may not be related to this, but we want to ensure an abundance of caution, as I said above , that we do the right thing until it clears up. “

The news comes as there are now approximately 25,000 National Guard soldiers on the ground in Washington, DC prior to the inauguration of President-elect Joe Biden.

While much of Washington has been shut down following the deadly riot in the United States Capitol on January 6, defense officials have tried to assure the public that the troops sent to protect the inauguration are under full scrutiny.

“What the partner organizations have found, but a lot of the information, as the general mentioned, is not related to the events that take place on Capitol Hill or to the concerns of many people about extremism,” Hoffman said.

Earlier Tuesday, a defense official confirmed to CNN that two members of the Army National Guard were removed from the inauguration post as part of the security investigation process.

When asked to comment on the decision, the National Guard responded: “Due to operational security, we did not discuss the process or the outcome of the investigation process for the military members supporting the inauguration,” and referred future questions to the Service. Secret.

The Associated Press was the first to report that the two guards had been removed.

Acting Defense Secretary Christopher Miller said “there is no intelligence information indicating an insider threat” for the inauguration.

Miller’s statement came hours after the head of the DC National Guard said the FBI is investigating troops involved in the security of the US Capitol to prevent insider threats.

“As is normal for military support of large security events, the Department will screen members of the National Guard in Washington, DC.

“While we have no intelligence to indicate an internal threat, we are leaving no stone unturned to secure the capital,” he said in the statement. 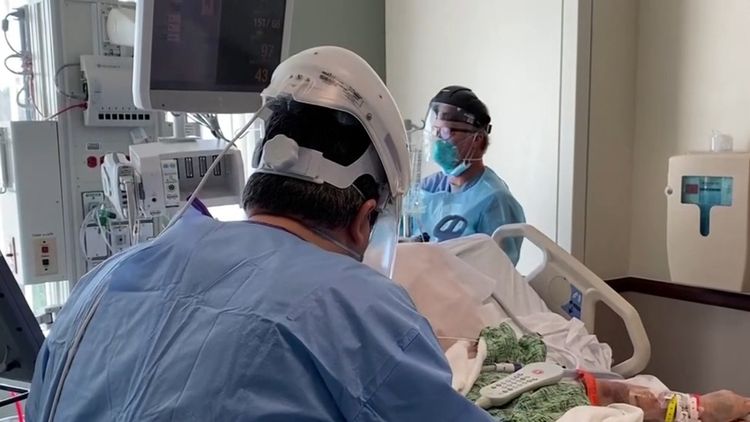 “This type of investigation is often carried out by law enforcement for major security events. However, in this case, the scope of military involvement is unique.”