Donald trump He has less than 24 hours left as president and he doesn’t seem to be doing much with it.

The president remains in the White House for another 13 hours, after which he will head to his private country club in Florida, Mar-a-Lago, to begin his post-presidency.

His departure tomorrow will be the first time he has made a public appearance in six days.

And several hundred people hope that in the next 13 hours, Trump will forgive them for their crimes while he can.

Three congressmen, Andy Biggs, Mo Brooks and Paul Gosar, were reported to have appealed to Trump for clemency after accusations they instigated the riots.

And he can still issue a blanket waiver for himself and his children should they be charged with federal crimes once he leaves office.

There is also a push for him to forgive Edward Snowden and Julian Assange, who revealed harmful secrets from the US government.

Rapper Lil Wayne will receive clemency or pardon for carrying a gold-plated pistol on a plane in December 2019.

Pardons issued on the last day in office are reasonably common for presidents.

On his last day as president, Bill Clinton granted a pardon to his younger brother.

Roger Clinton, or as the Secret Service codenamed him, Headache, had been convicted of cocaine possession and drug trafficking in 1985.

In recent weeks, Trump has been largely silent, drowned out by his bans on Twitter and Facebook, and has rarely left the White House.

Even on Monday’s National Day of Service, there was no indication that Trump did anything at all.

But the White House press office issued the same statement that they have made on most days in recent weeks, arguing that Trump is indeed very busy.

“President Trump will work from early morning until late at night,” the statement read.

“He will make a lot of calls and have a lot of meetings.” 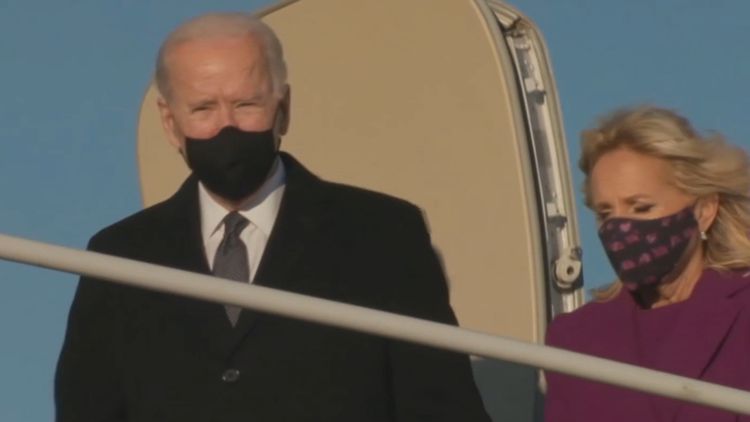 Presidents often publish a detailed calendar of who they have met with each day.