Text messages between Ben Roberts-Smith and a woman he was in a relationship with are “powerful” evidence he assaulted her, Nine newspapers claim.

Nine claims Mr Roberts-Smith assaulted his mistress at the Realm Hotel in Canberra after a glitzy function with then-Prime Minister Malcolm Turnbull and military officials in 2018.

Mr Roberts-Smith denies he struck the woman after, according to Nine claims, her drunken behaviour threatened to expose their relationship.

The soldier’s legal team say he was separated from his wife at the time of the relationship and he “abhors violence against women”.

Nine’s barrister Nicholas Owens said the court would hear directly from the woman, claiming she was attacked in the hotel and “her evidence is powerfully supported by significant documentary evidence”.

He then read texts allegedly sent the day after the assault.

“Does (your husband) think I did it?” Mr Roberts-Smith allegedly asked the woman.

“Yes, he did to begin with and he didn’t believe that I had fallen down stairs,” she responded.

Mr Roberts-Smith’s legal team has told the court the woman was so drunk, she fell down the stairs at the function and injured herself quite badly.

Mr Roberts-Smith’s barrister Bruce McClintock said his client took her back to the hotel and tended to her injuries including icing her head after she passed out.

“Because of my client’s concern about her, he stayed awake all night observing her to make sure she was okay,” he said.

Mr McClintock said the woman was a “fabulist” and had told a doctor and others she had fallen down the stairs after the function.

He said CCTV backed up Mr Roberts-Smith’s version of events.

Mr McClintock also said it was Nine journalist Nick McKenzie who contacted the woman and then took a complaint of domestic violence and war crimes to police.

“(Mr McKenzie) was the source,” the barrister said.

“He has prompted every complaint to the police about (Mr Roberts-Smith).”

I feel awful. I made a doctor’s appointment for this afternoon. I spoke to (my husband) and sent him a photo. He reacted exactly how you predicted. I think he believes me, but is a bit sceptical.

Does he think I did it?

Yes, he did to begin with and he didn’t believe that I had fallen down stairs. I just told him what we talked about … I’ve got some other bruises, including a massive one on my thigh on the same side of my body, which will hopefully make the falling story more believable.

Okay. Well, hopefully, he believes you. 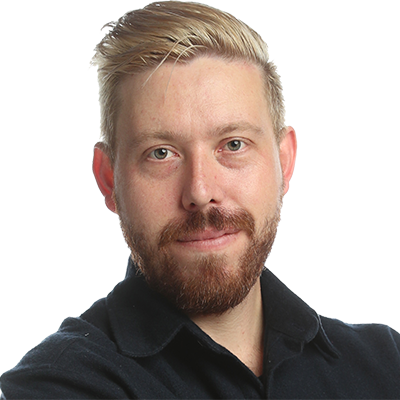