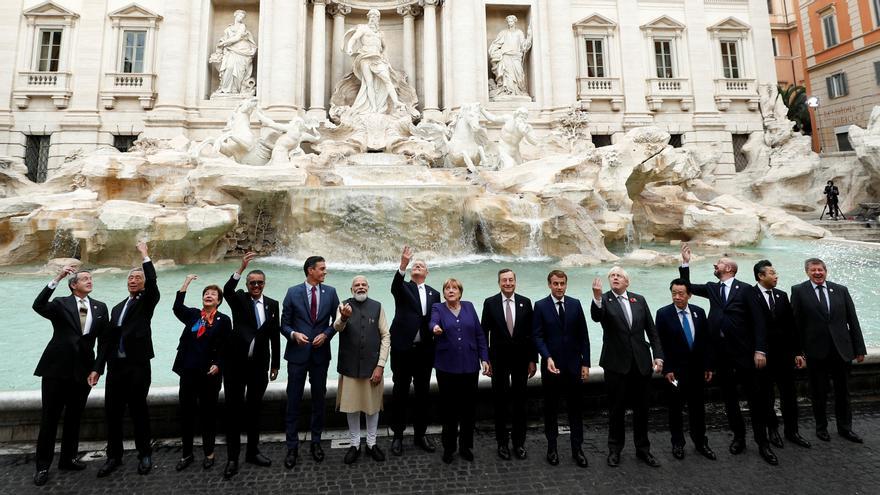 The main keys of the G-20: climate, vaccines and taxation


The G-20, the meeting of the most industrialized countries in the world, has produced some conclusions that include the following keys.

One of the greatest successes of the G-20 It has been to achieve the ratification of an agreement to establish that multinationals pay a global minimum tax of 15%. The agreement also provides for the elimination of the so-called Google fees, which were also charged by Spain.

The final document of the summit states that the G-20 agrees to prevent the temperature from rising more than 1.5 degrees centigrade. However, countries did not reach consensus to set an exact date to achieve carbon neutrality.

The countries have pledged to help the Developing countries to allow them to reach the target of 40% of the vaccinated population for this year and 70% in 2022. It was also decided to create a task force working on health and finance issues.

A compromise has been reached to continue discussing the surcharges of interest rates on loans IMF and IMF has been asked to create a new resilience fund for vulnerable low-income and middle-income countries.

The US President Joe Biden, organized a mini-summit on the sidelines of the G-20 where he appealed to the International cooperation Front of breakdown of the global supply chain that affects raw materials, finished products (such as microchips), logistics and distribution.

The US President Joe Biden, and the President of the European Commission, Ursula Von der Leyen, have celebrated in Rome the agreement reached at dawn on Sunday between both parties to end the tariff war on steel and aluminum.

The theme of the Economic recovery it has flown over the entire summit of Rome. The countries have declared themselves ready to “avoid prematurely withdrawing the support measures”, while monitoring inflation, as stated in the final document.

The G-20 promised again that it will send $ 100 billion annually (of the 650,000 million dollars of Special Drawing Rights, issued by the IMF), to the Developing countries to meet climate challenges.