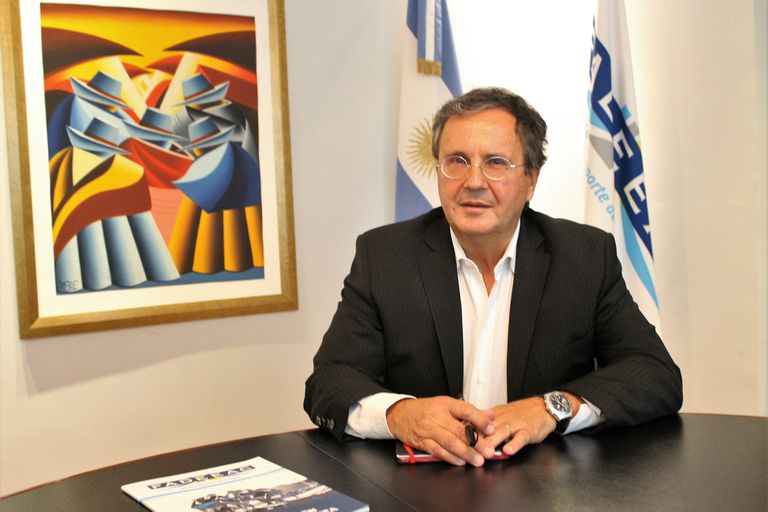 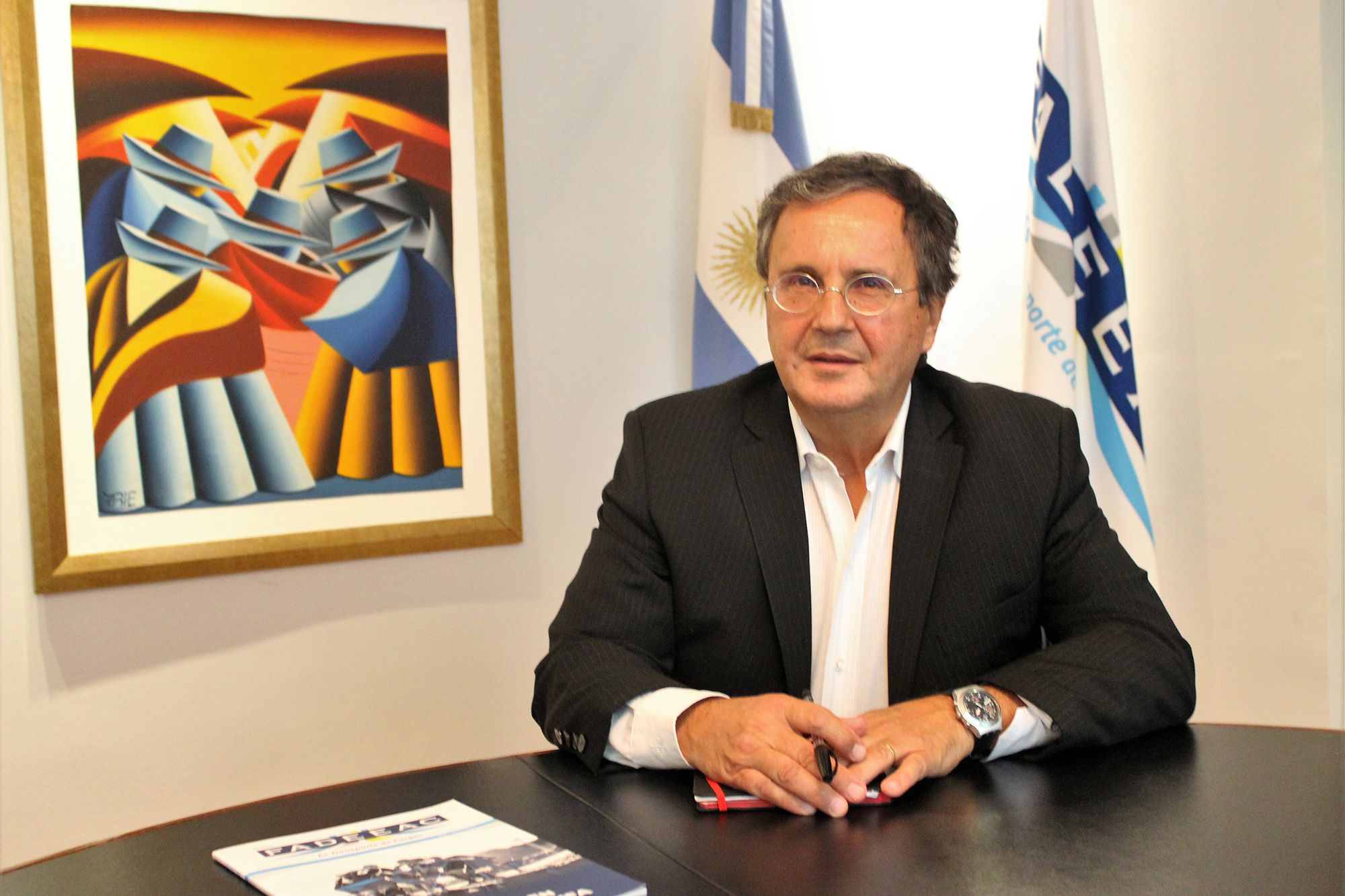 “Behind the lack of tires is road safety, and this is not a joke”, alert Roberto Rivero, Executive Director of the Argentine Federation of Freight Trucking Business Entities (Fadeeac), which brings together 43 chambers of cargo carriers, with representation in all the provinces of Argentina except La Rioja. These chambers in turn group a total of 4,400 companies, between human and legal persons.

Rivero, Legal Manager of Transfarmaco SA and former Corporate Director of the Official Post Office of the Argentine Republic, relates that the pandemic demanded a lot from the sector, which was able to overcome challenges such as adapting to protocols by jurisdiction and by country, but that today it faces a shortage tire, which is due to a global obstacle as well as a local one.

Fadeeac brings together owners of bulk transport trucks, of merchandise in its various types according to the geographic area in question. For example, grains in the cattle area, oil and gas in the south, international transportation in Mendoza, Misiones, Jujuy and Salta -the border provinces-, cattle in the province of Buenos Aires and lemons in Tucumán, among many others. “In other words, the goods that move on the routes, which represent almost 90 percent of the national production. In addition, the companies that comprise it are all of national capital and SMEs, and mobilize a lot of wealth at the local and inter-jurisdictional level ”, he synthesizes.

– In recent weeks the sector expressed its concern as a result of a change in the rules of the game that forces companies that transport packages of less than 50 kg to register as postal operators, what is it about?

–Fundamentally from an interference by the postal business in the cargo business. As of resolution 1167 of the Ministry of Innovation, dependent on the Chief of Cabinet, Resolution 3/93 of the Former National Post and Telegraph Commission was repealed, which exempted carriers from registering in the National Postal Services Registry. Now, anyone who transports a package of less than 50 kg should register as a postal provider, which would generate a loss activity for companies, mostly inland express and bus companies that are dedicated to carrying packages in their warehouses, which should now be submitted to another controller. For 30 years they have operated perfectly through the control of the Ministry of Transportation.

At Fadeeac, we are moving forward with a claim through administrative and judicial channels due to the change in a regulation that will affect thousands of carriers, will produce a concentration of the market and will leave consumers captive of the few firms that can operate under the new conditions.

–You prepare a monthly cost index, what does it consist of?

–The federation provides a cost index for the sector audited by the Di Tella University. With the December record, the Fadeeac Cost Index reached a cumulative increase of 48.91% for 2021, the second highest increase in the last twenty years after the record of 2018 (61.5%). The study, carried out by the entity’s Department of Economic Studies, measures 11 items that directly impact the costs of freight transport companies throughout the country and is a reference to a large extent for setting or adjusting rates in the sector .

– Do you notice any peculiarities?

–Within these eleven components, there is one that is altering the index, which is not precisely the salary (which everyone complains about in Argentina) but the tires. Tires – which recorded increases every month in 2021 – were on the podium again. In December, the increase was 4%, bringing the accumulated figure for the year to 103.7%. That is, tires increased 104 percent in one year. On the other hand, due to the scarcity of them, many companies that are in neighboring provinces resort to smuggling crossing to the neighboring country and bringing their tires on, and those that cannot do so pay exorbitant market prices.

– What are the causes of this shortage?

–The shortage is something that occurs worldwide. It is not that there is a lack of rubber – the raw material with which tires are manufactured – but that globally there are problems with the transport of raw materials due to what today is called “the crisis of containers”, which refers to a scarcity of containers in maritime river companies and that, as a consequence, have come to be considered precious goods.

In addition, the only national company that manufactures tires is Fate, and it does not supply all types of tires that cargo trucks need. Then import comes into play. And when we talk about imports, we talk about the shortage of dollars and we talk about where the Government chooses to allocate them for essential raw materials to enter.

– What is the official word about it?

–There is a commitment from the Ministry of Production to prioritize tires. In effect, officials from that portfolio show graphs that indicate that they have authorized their entry by 30 percent more in the last three months – through direct imports or protection that some companies have presented. They are also doing it to promote tourism, since the passenger sector has the same problem.

– Where is the funnel produced?

–As the dealers do not know what the replacement price will be, they release the tires little by little and the prices go up. It is a very dangerous dichotomy since behind the lack of tires is road safety, and this is not a joke. On the other hand, although truck accidents are not so frequent (and if they are, it is not due to a malfunction of the truck), what is happening is that due to this lack, transporters are turning to the pickling industry, This consists of putting a new layer on the used tire to allow it to circulate, but this can be done a maximum of two times.

– It sounds like the story of the good pipe. Now what is the limit? That a truck blows up a car, hit the windshield of a vehicle and causes a massive accident. We are looking for alternatives, in fact we are going to have a work table with Fate to see if we can increase delivery, but they are all patches that try to address the problem.

–The federation has a 37-hectare training center in Escobar with a lot of investment behind it, which shows the commitment of freight transport employers so that drivers are well prepared to drive. The evolution that was made on the premises in this matter is surprising and in fact in Latin America there is no other center like it. There are people there dedicated to teaching and preparing the future driver who also have state-of-the-art technology. About nine trucks were donated by different companies so that each driver can practice on a 1,600-meter track. In addition, before getting into the truck, each driver is given a psychological profile.

– Do you have simulators?

–Together with the University of Tandil, truck driving simulators were developed, which make a driving report and propose different scenarios depending on the merchandise that is carried and where it is driven. In the simulator, in effect, it is possible to enter information such as whether it is day or night driving, if there is fog or what is the level of aggressiveness of those who are driving simultaneously, among others. These data are set so that the practice is as close to reality as possible and therefore useful.

– Leaving aside the normalization of the provision of tires, is there another priority for Fadeeac?

–There is an international agreement in Europe and other countries for the international transport of goods by road, whose acronym is TIR. This treaty would allow articulation with the customs of the Mercosur countries, verifying the cargo through QR codes. Argentina was chosen to try to regulate it and in turn be a model for the other Mercosur countries. It is a project for 2022 that is exciting because it includes everything: environmental protection, modern customs and digitization. Another priority is to allow the access of the escalated units to the grain ports. A scaled-up vehicle (with a cargo van) is one that is made with more axles and that brings safety to the route and more protection of the carbon footprint; It is convenient for the carrier and also for the routes.