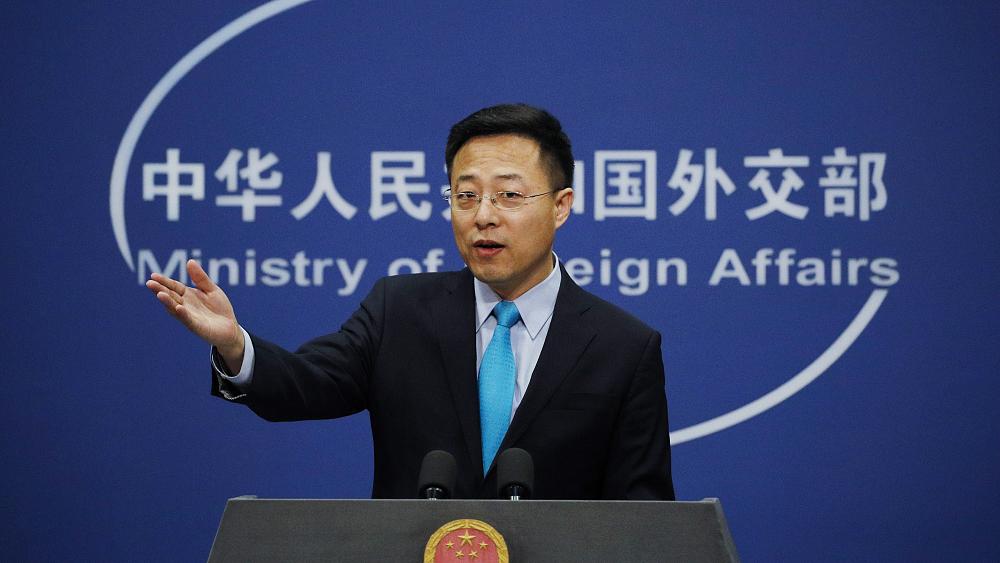 
Taiwan is creating an investment fund and planning other measures to help Lithuania as it faces heavy economic pressure from China to allow the island to open a representative office in the European Union country, Taiwanese officials said on Wednesday.

“The $ 200 million (€ 177 million) fund will be used for investments in the Lithuanian economy and will help its business, mainly in semiconductors, laser technology, biotechnology and other key industries,” said Eric Huang, representative of the Taiwanese mission in Lithuania. reporters in Vilnius, the capital of the Baltic nation.

Lithuania broke diplomatic custom by accepting that Taiwan’s Vilnius office would bear the name Taiwan instead of Chinese Taipei, a term used by other countries to avoid offending Beijing. China considers Taiwan part of its territory without the right to diplomatic recognition.

The office, a de facto embassy, ​​opened in November, and Lithuania plans to open its own trade office in Taiwan later this year. It has enraged China, which withdrew its ambassador in Vilnius and expelled the Lithuanian ambassador in Beijing. Lithuania, a member of the EU and NATO, closed its embassy in Beijing over the dispute.

Meanwhile, the EU has accused Beijing of retaliating against Vilnius by refusing to go through customs for products made in Lithuania or any other EU product that has components made in the tiny Baltic country.

Taiwan said it is ready to assist Lithuania in resupplying trade, and the island said that “there are more than 120 sea containers, worth at least 1.5 million euros, blocked by Beijing. We are ready to take all of those and help Lithuanian companies. ‘ . «

Chinese Foreign Ministry spokesman Zhao Lijian has called “fake news” that Beijing has blocked imports from Lithuania or has put pressure on multinational companies doing business with the EU country.

“If there is a problem with the export of any product to China, interested companies can inform the Chinese authorities through normal channels. People in the EU must respect the facts and stop making irresponsible comments, ”Zhao said late last month.

He added that Lithuania “seriously damaged the political foundation of our diplomatic relations” and that he has “heard that some Chinese companies no longer see Lithuania as a reliable partner.”

Lithuanian President Gitanas Nauseda said Tuesday that using Taiwan’s name for the mission was a mistake and regretted that the move was not coordinated with him. However, he did not say that he disapproved of the actual opening of the Taiwanese mission in Lithuania.

“There is a meaning in the name. Taipei only represents a city, a capital. Taiwan has a clearer definition. There is no violation of any law that calls our country Taiwan, “he said.

Washington has also publicly supported Vilnius. Anthony Blinken, the US Secretary of State told reporters Wednesday during a joint press conference with the German Foreign Minister that “we have immediate concern about the attempt by the Chinese government to intimidate Lithuania.”

“China is pressuring European and American companies to stop making products with components made in Lithuania or risk losing access to the Chinese market, all because Lithuania decided to expand its cooperation with Taiwan.”

“The United States will work with our allies and partners, including Germany, to address intimidation like this from China by strengthening our economic resilience, diversifying our supply chains and countering all forms of economic blackmail,” he added.

Annalena Baerbock stressed, meanwhile, that Germany “as Europeans stand in solidarity with Lithuania.”