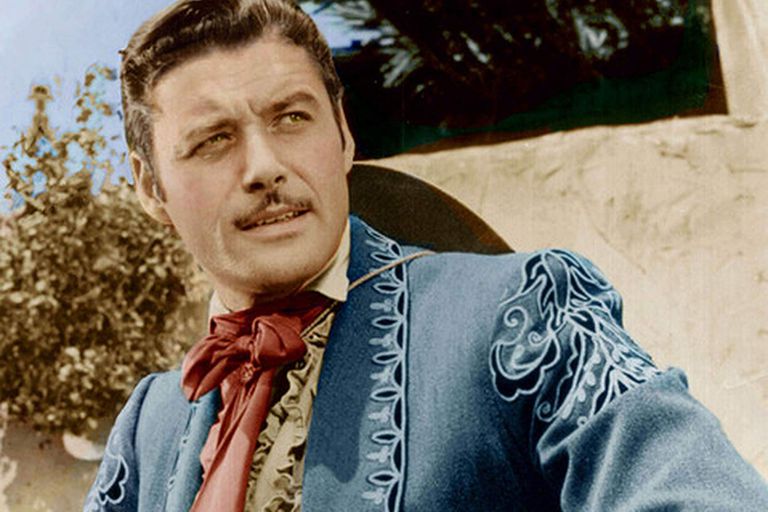 A name change and a tragic end in Recoleta: the days of Guy Williams, el Zorro, in Argentina


He loved having coffee at La Biela and then walking through the neighborhood back to his semi-floor apartment on Ayacucho y Alvear, in Recoleta. He felt passion for Buenos Aires, for Argentina in general and for some women from these lands who fell in love with him…

Although it was called Armando Joseph Catalano, it was for all of us Guy Williams, the man who put a face to the foxor, the series that today still continues to achieve good ratings at noon on eltrece. Born on January 14, 1924 in the Washington Heights neighborhood, he grew up in Little Italy in Manhattan, New York. and he loved this country since he first set foot in it in the early 1970s.

Already at the age of seven, his curiosity about fencing began with Attilio, his father, who together with Clara, “his mamma”, they were forced to seek new horizons from Messina, their city of origin, a town in Sicily in Italy, from where they had to leave, escaping hunger and poverty. By family tradition, Attilio had inherited that ability to handle the foil and passed it on to his son without thinking that he was providing him with the tool that would mark his artistic future forever.

He dreamed and was excited about being an actor, so beyond trying various jobs and getting into the Peeskill Military Academy, one day he decided to abandon everything, he sent his photos to a modeling agency and thus managed to start his career. His portraits began to appear in magazine and newspaper advertisements, some brands hired him as a model and thus he knew what it meant to be moderately famous for better and for worse, since a director decided to reject him for a production because of his Latin appearance. Then it occurred to Henry Wilson, his agent at the time, that he should change his name to something more artistic-sounding. was born Guy Williams.

It was 1948 and from the hand of a commercial came his first and great love: Janice Cooper, a beautiful advertising model, with whom he had to ski for a brand of cigarettes. They fell in love on the set of the photographic production, they decided to get married back in New York on December 8 of that same year, and as a result of that relationship they had two children, Steve Y Anthony. The wedding and the growth of the family made him more popular, the first TV commercials arrived, and he decided to move to Hollywood until Universal Studios hired him to star in some roles in their productions.

until In 1957 his big break came as star of the series The Fox, which ended up having two seasons with 78 episodes. Walt Disney himself interviewed Guy – which is rare – and suggested that he grow a not very thick mustache.

When the cycle ended, Williams made two films and then came his participation in five episodes of Bonanza as the cousin of Will Cartwright, in 1964. A year later he became Professor John Robinson on the science fiction show Lost in Space.

Already in 1968, Channel 13 began to to emit The Fox during the evenings from 7:00 p.m., and such was the fury and the rating that it caused – where the measurement was presented it reached 40 points-, who decided to invite him to travel to Buenos Aires. He arrived in Argentina on April 1, 1973 and the next day he was presented on the program Teleshow who was driving Victor Sueiro.

It was so attractive to the public that it also attended Porceland, the sending of the comedian Jorge Porcel. The rival for a fencing exhibition was none other than a very young Fernando Lupiz, Argentine fencing champion, with whom he ended up becoming a good friend.

In July he returned to visit the country with Janice, his wife, and the actor and baritone Henry Calvin —the famous sergeant Demetrio López García-. A year later he arrived alone and for a short time, and between 1977 and 1978, already separated, he began to appear with Fernando Lúpiz in a circus in Mar del Plata and another boom: more than 250 thousand people witnessed those shows.

It was there that he met the Argentine actress and journalist Araceli Lizaso, his first love in Argentina, a friend of Lúpiz, who introduced them when he went to see them at the circus. The crush was instant. She was 24, and he was 54, but the age difference didn’t matter. The relationship worked with twists and turns. In 1983 Guy decided to return to Los Angeles to be part of various American television shows. That same year he suffered a serious health problem, a stroke, from which he later recovered.

A year later he discovered Patricia, his second great romance in these lands -there was another touch and go with a woman named Johanna- that lasted until the day of his death, with the occasional separation, but they always came back. When Guy interrupted his relationship with Patricia, I used to see Araceli again, who had married another man, but then he assured that he ended up leaving him because of the wedding promises that Williams made him.

At the end of April 1989, while leading a quiet life in his apartment in Recoleta, no one heard from him for a few days. Until on May 6, a neighbor perceived a putrid smell in front of her door, notified Hugo, the manager, and they called the police. The end was tragic: he was found dead in the bathtub as a result of a brain aneurysm.

For those strange things that fate has in Gustavo Cerati and the model Chloé Bello later lived in the half-floor that Guy rented on Ayacucho street.; Today the designer César Juricich, ex-partner of the couturier Carlo Di Domenico, who died in 2018, resides.

The remains of El Zorro rested in the pantheon of the Argentine Association of Actors in the Chacarita cemetery, until Steve, his son, two years later, removed his ashes and transferred them to his native country. The legend was born…