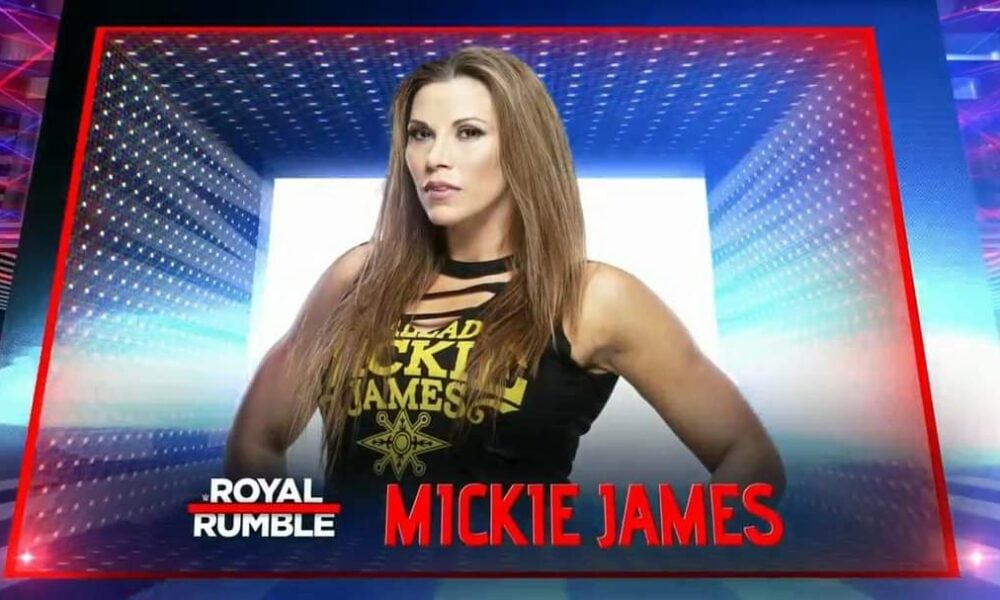 Mickie James doesn’t know if AEW is interested in signing her, says ‘it sucks’ to see her friends released by WWE


As noted above, Ariel Helwani interviewed Mickie James to discuss her upcoming appearance at WWE Royal Rumble, how the deal came to be, and her thoughts on possible future “forbidden door” opportunities.

James was asked to give his thoughts on WWE releasing so many people in recent years:

“It’s a headache, but they’ve also had an immense amount of signings over the years, so the company expanded when they went on tour because they had almost a whole division of just NXT and WWE and then obviously , I think the pandemic has squashed everyone, especially live events and tours and all that stuff and I don’t know… it sucks. Sucks for my friends. For my friends it sucks not having a place to work and now that there is, it seems like there is competition, like they have a place to go, but then Ring of Honor closed behind that. So it’s like all these things, but I don’t know, I feel like the business is constantly evolving. And it always goes through ups and downs, it goes through those things, and it sucks. And it sucks to be on one side. And I just hope that everyone uses it as a simple repositioning, and likes to grow and do something different or added to whatever, because it’s crazy. You know, it’s crazy out there. And I think it’s great that… there seem to be more places to go now. It’s just, it’s just different. You know, the business just changed a lot, and I don’t know how it will continue to be, especially with touring in the next five years, if it doesn’t change in some way.”

James was asked if there has been interest in her from AEW:

“I don’t know, I was never technically contacted by AEW. But I think everyone knew that I was going to work with my husband in NWA. And I really wanted to do this women’s show. That was very important to me. Um, yeah, I think obviously there are coincidences and girls that he wanted to work with, and I certainly would have entertained him or talked about it. But I think my history with Impact as well. And I felt like even with Empowerrr, I was able to bridge some of those gaps and make relationships happen and open those kinds of conversations and doors. And I also didn’t know if I wanted to sign something long-term, like being locked up for several years or something like that. I’ve only done it because I’ve been doing it for a long time. And I just don’t know, I didn’t know what I wanted to do. I just knew I wanted to do the girl show. And then I would think about wrestling after that… I only wrestle for Impact and NWA and now WWE… I really have so many things that I’m working on now between our supplement company and moms all I can full time all the time. time when I’m home, and my horses and stuff, and I just want to be able to focus that time on him and stuff, and then there’s little projects, and then just fighting for the championship, and stuff like that.”

If you use any portion of the quotes in this article, please credit Ariel Helwani with ah/ta WrestlingNews.co for the transcript.