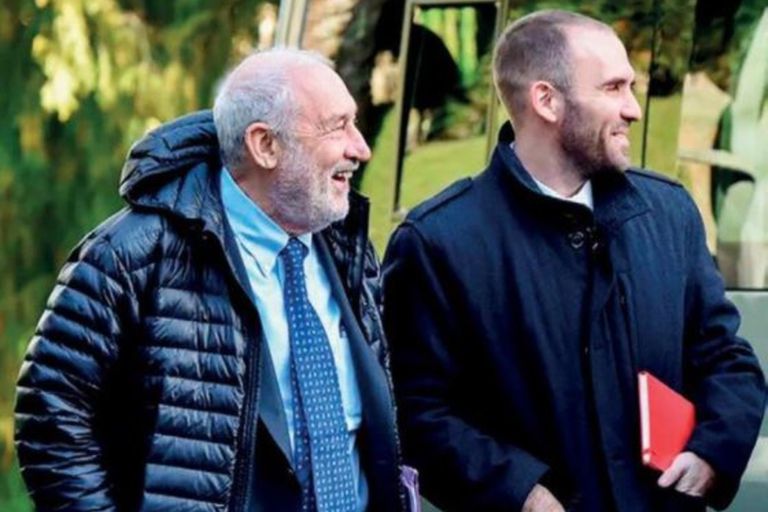 The Fallacies of Joseph Stiglitz


In a recent article Joseph Stiglitz make a defense of the economic policy of the Argentine government. Under a title that does not admit ambiguities, “The miracle of Covid in Argentina”, highlights the remarkable growth of the economy during the past year, which he attributes to the successes of a management that promoted “significant growth in exports”, “higher and more progressive tax rates on wealth and corporate profits”, “reforms of credit policies” and “investments in infrastructure public and research and development.

Stiglitz insists on a narrative that would explain the Argentine difficulties due to the mistakes of right-wing governments, that end in big failures that must be corrected by “centre-left” governments that promise to “invest much of their energy in cleaning up the mess, instead of pursuing their own agenda. The resulting disillusionment, Stiglitz explains, then set the stage for the election of another right-wing government.

It is difficult to question that attempts at capitalist modernization in Argentina have not only failed, but have also contributed to the worsening of the country’s social structure, producing more poverty and more inequality. But that those failures of the right have been succeeded by “center-left” governments that could only dedicate themselves to cleaning up the dirt it is an empirically untenable, intellectually poor, and politically wretched conclusion.

Stiglitz is less concerned with giving a point of view about Argentina than with using a simplified and biased version of the country’s situation, as an argument in a discussion that is not irrelevant: what consensus will be built to guide the economic policies of governments, central banks and international organizations in the coming years.

Indeed, after the 2008 crisis and, more markedly, after the public responses to the economic and social situation resulting from the pandemic, the conceptual building built in the Reagan/Thatcher era began to collapse. Thus began a intense dispute over common sense that allowed, for the first time in decades, unorthodox views to break through, legitimizing state interventions unthinkable until not long ago in terms of public spending, debt, issuance and, more tepidly, regulation.

However, the gross simplification -and misrepresentation- that Stiglitz makes of the Argentine case does not contribute to enriching that discussion and, much less, that the local version of the problem is directed to a possible solution. On the one hand, because the Argentine pendulum, the stop-and-go or, more dramatically, go-and-crash cycles that mark the dynamics of our country’s economy, cannot be explained by the alternation of governments of the right and “center-left”, but rather due to structural reasons that no government has been able to resolve.

But, above all, Stiglitz’s fallacy ignores that Kirchner governments are not and have not been center-left governments, unless one accepts – and there is no reason to – that all governments that are not strictly pro-market are center-left. It is possible that this fallacy lacks interest in Stiglitz’s agenda, but it cannot be in any way in the Argentine public discussion.

The official rhetoric has built its progressive image on three main arguments: the expansion of rights; a strong presence of the State in social and economic life; the largest share of wages in the product. It is undeniable that since the return of democracy, Argentine society has won very important rights. Whether they have been “granted” by governments is more doubtful; It is not governments that “grant” rights: it is society that obtains them.

As he same-sex marriage and the right to interrupt pregnancy were the result of the struggle of important sectors of the population, and both the support and the rejection of both were transversal to the political parties: as is well known, Peronism has a strong Catholic imprint that does not easily adhere to demands of this type, and the Argentine liberals have given evidence of a rather limited understanding of the main ideas of liberalism when they do not refer to the preservation of self-interest. Both are fundamentally conservative from the point of view of culture and forms of sociability.

But it is both in the idea that he has of the role of the State and of what he calls social justice where heThe ruling coalition actively denies any membership in the tradition of what Stiglitz calls the “centre-left.”

The encouragement of consumption Through the improvement of wages, it has been in fact, during the Kirchner governments, one of the fundamental resources for the transfer of wealth by the workers to the suppliers of goods that the Government designates as winners.

The poor provision of public transport services In the “golden years” of Kirchnerism, it encouraged the purchase of motorcycles manufactured mostly by a single producer who was given a closed market. The same happens with the electrical appliances produced in Tierra del Fuego by an oligopoly of rentiers, who also provide computers and cell phones with backward technology and absurdly high prices, or with the textile market, among many others.

In a highly inflationary economy and lack of capitalization instruments for workers, higher income increases the wealth gap: millions of people striving to earn more in order to transfer surpluses to powerful entrepreneurs who, protected by what they call the “present State”, extract capital gains without taking risks.

One of the measures of a progressive policy is not given by the highest salary but by the patrimony -for which the salary is only an instrument-, because it is heritage that gives individuals and families security in the present but also in the future, thus increasing the margins of autonomy. Studies conducted by R. Wilkinson and K. Pickett show that two children from the same neighborhood, children of families with similar educational levels and income, have radically different school results if one of the families is a renter and the other owns the house: the Home ownership provides levels of emotional stability that allow children to better capture the future through the educational process.

That is why John Rawls, in his eagerness to find a model that would maximize equality and freedom at the same time, favored the creation of a “democracy of owners”. However, in the first Kirchner governments, the relationship between tenants and homeowners was the worst since statistics have been kept in our country.

Similarly, the emphasis on the role of the state distances Kirchnerism from the best traditions of a democratic left for which politics must stimulate the development of society, of the public and the common, at the service of which both the State and the market must be placed.

Argentine politics is exhausted. Until some time ago he was capable of producing rhetoric of illusion, speeches that were bearers of some hope, of some expectation that the future would be better than the present. Those rhetoric have run out of steam: the most politicians can come up with are explanations that adversaries would make things even worse. Interventions like that of Stiglitz, who speak of the “Argentine miracle” to an impoverished and distressed society, only contribute to deepening the deterioration.