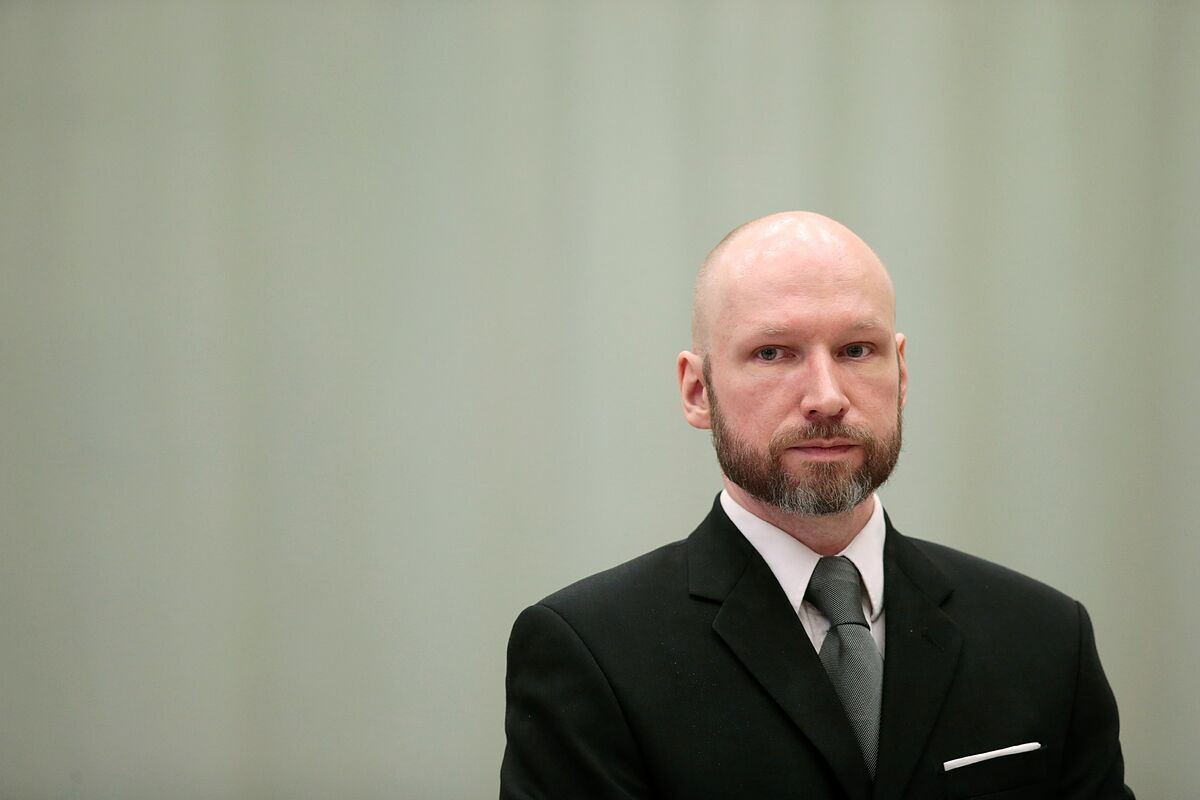 10 years after the Utoya massacre, Breivik calls for his release

The Norwegian ultra, author of the attack that killed 77 people in 2011, has requested supervised release after serving the minimum sentence

The Norwegian Justice will open this Tuesday the judicial process in which the request for probation of the far-right will be studied Anders Behring Breivik, author of the double attack in Oslo and the island of Utoya in which 77 people died in 2011.

The court of Telemark, West of Oslo, has scheduled three days for the hearings of a process to which the ultra-Norwegian has accepted once the minimum time of the sentence set against him at the time has been completed, a kind of indefinite prison for dangerous prisoners, although the prospects of it being released are null.

Breivik was sentenced to 21 years in custody, the maximum punishment then set by Norwegian law and a figure that can be equivalent to a life sentence, since it can be extended unlimitedly, although the inmate has the right to have it reviewed periodically.

The prosecutor’s office already opposed the request a few months ago, appealing that there is a real danger that he could commit serious criminal acts again, hence the matter now had to be resolved by the court, although the process will be held for security reasons in the penalty of Skien, where Breivik is serving time.

Converted to Odinism and with a new name

When he sued Norway in 2015 for the isolation regime to which he is subjected, a case that ended with a ruling against the European Court of Human Rights, Breivik assured that he was not violent and that he had converted to odinism, a neo-Nazi current inspired by Nordic mythology, although without condemning the 2011 attacks.

Breivik, who years ago changed his name to Fjotolf Hansen for unknown reasons, follow a similar line in his appearance at tomorrow’s opening session, although it is not ruled out that he will make some kind of far-right salute, as he has done on other occasions before the courts.

The Oslo court that convicted him in 2012 made it clear in its ruling that when he served his 21-year sentence, Breivik “in all probability” would have the ability and will to commit “brutal crimes” and that he would remain “a very dangerous man.”

During the process, the result of a new psychiatric examination to which the 42-year-old ultra has been subjected will be made public.

the psychiatrist Randi Rosenqvist, who has examined it several times since 2011, told the newspaper a few days ago Aftenposten that his new analysis did not present substantial changes compared to the last public fact in 2016, in which he considered him a pragmatist, warning the court not to believe his alleged conversion to non-violence.

It will be the first time in five years that the author of the Utoya massacre appears in public, in a process that will be filmed despite the opposition of the Prosecutor’s Office.

The court considers that the process is of significant public interest and that the defendant’s statements will not affect the development of the hearing.

“It is clear that it can be a great burden for the relatives and survivors. Each mention of the terrorist can contribute to retraumatization”, declared these days the president of the National Group of support for the victims, Lisbeth Ryneland.

Ryneland, who lost his daughter in the Utya massacre, however, sees “completely unreal” that Breivik can be released and has assured that it is not something that worries those affected.

Breivik planted a van bomb in the Oslo government compound on July 22, 2011, which killed eight people.

He then traveled to Utoya, the scene of the annual camp of the Labor Youth, where he executed for just over an hour dozens of people he considered defenders of multiculturalism and a threat to Norway.