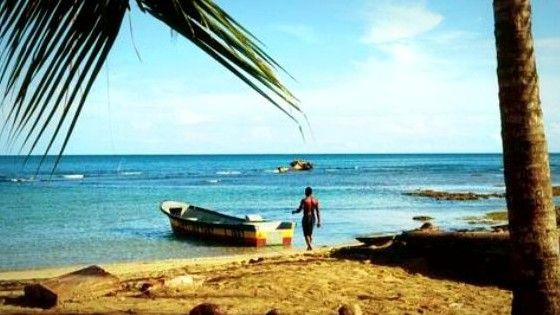 a guide for female tourists unleashes controversy in Costa Rica


A guide for female tourists fall recommendations on how to dress, interact and behave is causing a controversy this Tuesday in Costa Rica and harsh criticism of the government, before which the president of the country, Charles Alvarado, has ordered the correction of the text.

Although the guide was published in June 2021, it was not until Monday when it began to circulate massively in social networks and media, in a context marked by a case of a sexual assault on two European female tourists happened last week in old port beach, in the Costa Rican Caribbean.

“Control” if you drink alcohol

The document provides recommendations to female tourists such as “try to dress similar al local to avoid attracting attention”, “avoid walking alone at night”, “maintain personal control” in case of drink alcoholic beverages and “beware of messages that a friendly or trusting attitude can generate”.

Among the organizations that have repudiated the Guide to Good Practices for Tourism is United Talamanca, who considers the text as a “revictimization”.

“We repudiate the negligent actions of the Government, which through its institutions places the blame on the sexual assaults on victims, with ‘recommendations’ aimed at limiting our physical autonomy, including those that cover our way of dressing, the time we decide to go out, the alcohol we decide to consume, among others,” the organization said.

“Again, we must claim that the attacks will never be the responsibility of the victim. To suggest otherwise is to feed the stereotype that, in a sexual assault, the woman’s behavior should be reviewed,” he lamented.

The Government explained that the guide was prepared by the National Tourism Security Commission (CONSETUR) made up of the Ministry of Public Security, the Costa Rican Tourism Institute (ICT), the Public Ministry, the Judicial Investigation Agency, the Embassy of the United States States and the National Chamber of Tourism, and reviewed by the National Institute for Women (Inamu).

Since Monday, the document has generated numerous criticisms from feminist organizations, deputies and citizens in general on social networks, to which President Alvarado reacted.

“Statements out of place”

“I have instructed the ICT and the INAMU to immediately review the guide, published in June 2021, prior to the unacceptable crimes in Puerto Viejo, because it contains statements that are totally out of place, in any context, that must be corrected. Violence against women does not it has no justification and we must fight it from every angle,” Alvarado said.

The Government assured that the document aims to help create “safe environments” and has denied that it is related to the case of sexual assault suffered by the two European tourists last week, since the guide was published in June.