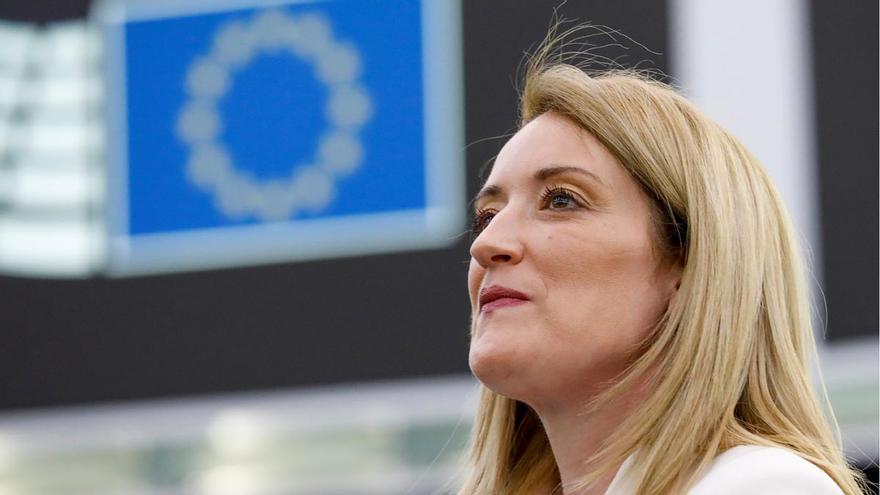 A pro-European and anti-abortionist president


A lawyer and graduated from College of Europe Bruges, the pool of diplomats and senior European officials, Roberta Metsola (Malta, 43 years old) became a Member of the European Parliament for the first time in 2013. Before entering fully into European politics, representing one of the smallest countries in the EU – which has only six MEPs -, worked as legal advisor on the maltese delegation before the EU from 2004 to 2012 and was adviser from former head of European diplomacy, Catherine Ashton. Two positions that allowed him to start navigating a European bubble where as of this Tuesday, coinciding with his birthday, he will occupy one of the most prestigious positions.

Although his political profile is far from that of his predecessor in office, the Italian socialist David Sassoli, the Maltese, who represents the more progressive wing of European conservatives and is passionate about Europe, has left a positive impression on much of the Chamber, particularly on the civil liberties commission in which he has worked in recent years, thanks to his negotiating spirit on migration policy issues and his explicit support for the LGBTi community. Those who know her highlight her, who attended the European elections in both 2004 and 2009, although without winning a seat on either of the two occasions, her facility for dialogue and listening. His passage through bureau, the body that helps prepare the plenary sessions, has also lost weight and influence in an institution in which contacts and dialogue are everything.

Actual First Vice President of the House -replaced Irish Conservative Mairead McGuinness in 2019 when she was appointed European Commissioner for Financial Services and Capital Markets- her appointment has, however, sparked much criticism from much of the left due to her vision of reproductive rights of women and his repeated opposition to abortion, which is still illegal in his native Malta. Metsola, married to a Finn and mother of four, has consistently voted against all resolutions and votes in recent years, in line with the position of all Maltese MEPs.

Despite this obstacle, the grand coalition has decided this Tuesday to support his speech on renewal and modernization. “Our institution is unique in the world, we must strengthen it, we cannot be afraid of making reforms. The next part of the legislature will be a window of opportunity for the European Parliament to be more modern”, said this mother of four children during the speech delivered before the vote. Realm of the forest He has also made reference to the dialogue and the policy of the pact in the institution. “The European Parliament is the best example of Europe. We are in Strasbourg as a symbol of democracy, reconciliation, peace, of the power of Europe. It is not always an easy balance but the strength of the arguments is what matters, not the geography ”, he claimed, promising a European Parliament more accessible and open to citizens.