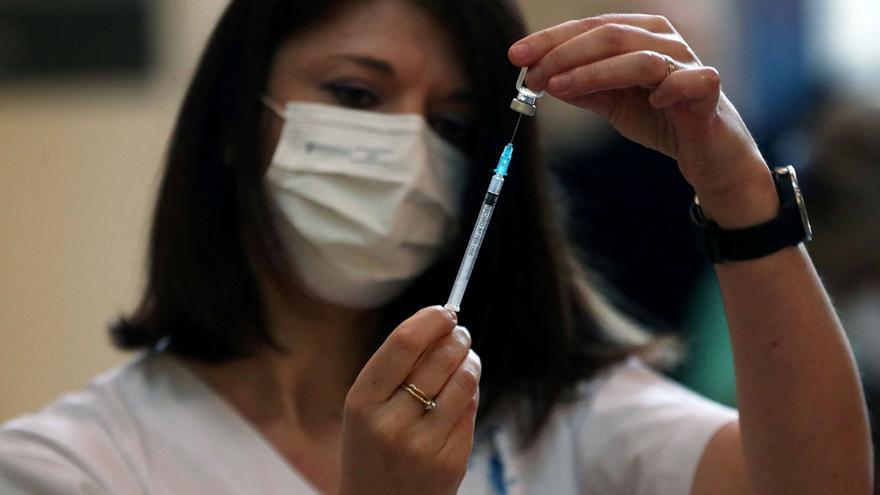 This measure was celebrated and criticized in equal parts due to the absence of precedents that would justify the application of such an under-investigated decision. It was also seen as a cosmetic gesture and rush of the Naftali Bennett government to prevent the spread of the virus and a chaotic scenario like the one faced by his predecessor, Binyamin Netanyahu. Since then, more than 500,000 Israelis have been inoculated with a fourth dose, most of the population over 60 years.

In turn, the medical center team has recommended continuing to vaccinate only to these risk groups. “The bottom line is that the vaccine is excellent against [variantes] alpha and delta, but for omicron it is not good enough”, reasoned the also director of the hospital’s infectious diseases unit. “We already know that the level of antibodies needed to protect and not get infected with omicron is probably too high for the vaccine, even if it is a good vaccine”, he concluded.

For its part, the Bennett government has asserted that will continue with the vaccination campaign. Despite the lack of data so far, the prime minister has gone ahead with the expansion of the fourth dose programme. Israel’s aggressive inoculation efforts have been unable to stop an outbreak of the new variant in recent weeks. With record infection levels, there are more and more Israelis in hospital, although the number of seriously ill patients is much lower than in recent waves and no one has died by omicron.

Every variant of the #COVID19 virus, including Omicron, is dangerous and can cause:
-severe disease
-death
-further virus mutations and jeopardize the effectiveness of the tools we have to fight it

“Please, do what you can to avoid infection”- Dr @mvankerkhove pic.twitter.com/rG6jHCubvd

This new strain has also forced a large part of Israeli society to be in quarantinea, emptying classrooms and offices and forcing the country into a virtual indirect confinement. This Tuesday the Israeli government announced that it was limiting the quarantine period mandatory seven to five days to help keep the economy running. Faced with the Israeli initiative to inoculate its citizens for the fourth time, the World Health Organization (WHO) has urged countries to delay booster programs until everyone has access to the first doses of the vaccine.

Tested and saved from the corona: 30-25 million home antigen tests 🧪 will be distributed to citizens free of charge, starting next week.

As part of the program:
📚 Each student in the education system will receive 6 kits (in the first beat)

2.5 million tests will be transferred to geriatric institutions (for the use of staff and tenants) >>> pic.twitter.com/TGusxWZIoQ