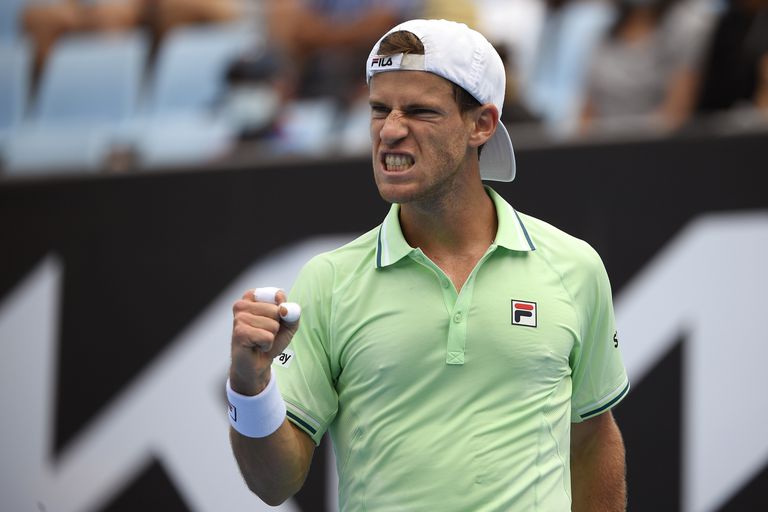 Australian Open: Diego Schwartzman showed up with a win over Filip Krajinovic… and an unexpected scare


Diego Schwartman started his campaign in Australian Open with a win over Serbian Filip Krajinovic; solid in performance and firm in numbers, but with a look of concern for an outcome in which showed physical discomfort. The Argentine, 13th in the ranking, prevailed with partials of 6-3, 6-4 and 7-5 in 2 hours and 29 minutes of action. In the next stage, he will face Australian Christopher O’Connell, who defeated Frenchman Hugo Gaston 7-6 (7-4), 6-0, 4-6, 6-1.

The match, in the morning sun at the 1573 Arena, began with a very good performance by the Argentine, who dominated from the bottom with patience to weave his game, while Krajinovic began to add unforced errors. In the second set, El Peque began to add more failures to his account, but he was hit with a break to take a two-set lead.

El Peque had the match under control, and was about to sentence the duel with a 5-2 lead in the third quarter. But discomfort began to appear in his right leg, and he gave up two games in a row, at 5-4, when he requested the presence of the physical therapist. “I can’t move,” he told his relatives. From the stands, the coach Alejandro Fabbri, the physical trainer Martiniano Orazi, and Eugenia De Martino, the player’s girlfriend, watched with concern. Schwartzman had his right quadriceps massaged, but after the restart he had trouble maintaining mobility.

With the score 5-5, Schwartzman adjusted his tennis as best he could; he looked more for the lines and cornered an opponent who had a hard time doing the basics in these situations: putting the ball in play. The Argentine held to go ahead 6-5, and put pressure on the European’s serve to end the match: a down the line backhand left him match-point, and Krajinovic did his part with a double fault. Thus, with success by 6-3, 6-4 and 7-5, El Peque got a ticket to the second round.

Within a match of strange resolution, Schwartzman finished with a high percentage in the return (he won 46% of the points); in the balance there was parity in the winning shots (27 from the Argentine, for 20 from Krajinovic), but the unforced errors marked the imbalance: the Serbian totaled 53 mistakes, against 36 from Peque, who recently added several in the final part, when the physical limited it. In the next stage, O’Connell awaits him, 27 years old and 175th in the ranking, who entered the tournament thanks to a special invitation from the organization, and who took advantage of his opportunity by beating the young Gaston in his debut.