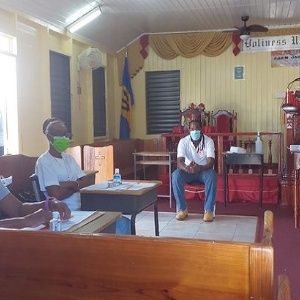 Barbados will hold the first elections since becoming a republic

More than 230,600 Barbadians will go to the polls on Wednesday to take part in Barbados’ first election as a republic after Prime Minister Mia Mottley cut ties with the British monarchy on November 29, 2021.

At least 3,700 election officials will verify the voting process. Electoral and Boundary Commission (EBC) Chairman Leslie Haynes warned that there will be a delay in releasing the results due to COVID-19 protocols.

“We have spent a lot of time training our staff and we hope that the delays will not be so long. However, we assume there will be more delays than usual,” Haynes said, noting that several polling stations have been set up to prevent overcrowding. .

Mottley, whose BLP now controls 29 of the 30 seats, said the vote would help promote unity in the face of the pandemic, which has hit the country’s tourism-focused economy hard.

“We have to learn to live with COVID-19, which is probably not going away anytime soon,” the prime minister insisted, advising voters to wear masks at polling stations.

As of January 18, Barbados had reported 35,734 coronavirus cases and 269 related deaths, two of which occurred on January 13.