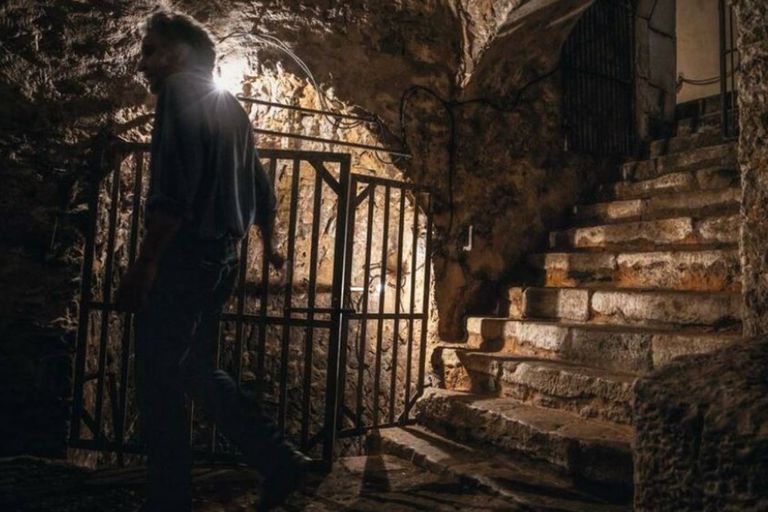 Bibles in the mailbox and seances: the terrifying castle that horrifies France


The Fougeret castle, built in the 14th century and located in the commune of Queaux, in France, is reputed to be nothing less than the most haunted in that country. In fact, every year, this construction, within whose walls inexplicable phenomena take place, it is visited by thousands of tourists who want to live there a paranormal experience.

visitors from Fougeret test their fears by spending the night in the rooms of the residence, and even participate in spiritualism sessions in the place, with the intention of making contact with entities from beyond.

Located in Queaux, about 380 kilometers southwest of Paris, the most haunted castle France It is almost hidden – from the route it cannot be seen – among the dense vegetation of a park of about 10 hectares, from where it suddenly emerges on a cliff, with its facades and towers damaged by the passage of time.

The imposing building, built in the days when France was divided into territories of feudal lords, has a covered area of ​​1,500 m² and due to its neo-Gothic style and its antiquity it was classified as “French historical monument.

According to your description Michel Lafon, author of the book The Invisibles of Fougeret The story of the most haunted castle in France, The past of the construction is full of legends, but its moment of greatest prominence was when it was used as a defensive bastion in the 100 Years War, which pitted the French against England between 1337 and 1453 (actually, it was 116 years).

The first to spread the paranormal stories that occur in the facilities of the medieval castle is the historian Veronique Geffroy, which is, at the time, the owner of Fougeret. She and her husband went into great debt to acquire the impressive 14th-century mass in 2009. The building had been abandoned since 1963. “Ever since I was little I have loved castles. I dreamed of having one. The occasion was too good”, says the owner of the property in the middle Le Parisien.

Before buying Fougeret, Geffroy She wasn’t entirely skeptical of supernatural phenomena, but she had a healthy mistrust of them. However, banishing her preconceptions, she did not take long to tell the aforementioned medium how they were his first unexplained experiences in the castle domain.

“We had just acquired Fougeret. One day I came to clean. Coming down from the chapel, i met a huge black shadow that crossed the entrance hall. I was alone. At that moment, I was paralyzed but I preferred to ignore it”, narrated the owner.

But his contact with the paranormal did not end there. “A little later, I heard the voice of an old woman asking me very curtly what I was doing there. It was so improbable and clear that, paradoxically, I didn’t believe it,” he said.

But the woman was not the only one who lived through such experiences. Movements of objects, noises, voices and appearances were also reported by Geffroy’s husband, the farmer Francois-Joseph and their three children. “Then we contacted psychics to understand what was happening -said Véronique and finished-: And this is when we learn that Fougeret had a rich history, but also a dark one.. And that former occupants who died in the castle were still swarming there. Then, We decided to understand what was happening. accept it”.

The woman added that, while they discovered the ghostly presences in the house, Letters were sent to the mailbox of the castle asking him to leave the place and also, Bibles.

The spectral stories of the Geffroy family in Fougeret, broadcast by the local press, began to attract curious people. So, given the arrival of requests to visit the place, the couple decided to organize spiritualist nights, where various speakers – mediums, numerologists, fortune tellers – supervise and help groups communicate, using the Ouija board, with other planes beyond the earthly.

Thus, each year, between the months of May and October, about 5000 visitors come to the castle. There they can tour the place, participate in sessions to contact spirits for a price that goes from 75 to 115 euros per night (85 to 130 dollars), and even stay to sleep in the place for about 100 euros (115 dollars).

the rooms of Fougeret they are illuminated with a weak light that enters through the windows of the place, and they are decorated with ancient objects and innumerable paintings from centuries ago. In the various rooms there are labyrinths of old wooden chairs and furniture, and all have too busy decoration. Dolls, candles and amulets of all kinds end up creating a disturbing, subtly terrifying atmosphere in the environments.

“I don’t know anything about the paranormal world, but I have seen YouTube videos. I wanted to try, to discover. I don’t have any particular expectations, if things happen, it’s fine,” said David, a Fougeret tourist from Rouen, al medio West France. “We wanted to see the building itself, learn about its history. The paranormal is really a bonus. We are curious to see what will happen”, they pointed out to the same medium, for their part, Axelen and Kevin, who came to Queaux from La Rochelle.

Apparently, according to testimonies of the people who dared to enter the castle, it is not uncommon to run into phenomena, at least, difficult to explain. Small objects that fall without human intervention, chairs and bedside tables that move on their own, the voice of a girl asking: “Who are you?” to the visitors, who have even been able to record it, are some of the facts that those who spend the night in Fougeret claim to have witnessed, and that increase its fame of being The most haunted place in France.

Add that to the hazy images but disconcerting that appear in the photos taken by those who step on the castle, in which faces distorted by grayish smoke are seen, a black shadow in a hallway, or creepy silhouette of a man in old clothes which is half-hidden in one of the construction watchtowers.

Of course, in France, as in the rest of the world, there is people who completely disbelieve that any type of paranormal phenomena can exist. And so they come to Véronique Geffroy all kinds of criticism for her activity as the hostess of a tourism that exploits the supernatural.

“People call me a liar, I know. But I’m not forcing anyone to come here. If I were the only one to experience these things, one might wonder if things are being done right. PBut it is entire groups that experience the same phenomena at the same time”, defended the lady Geffroy in Le Parisien.

For his part, his own Michael Lafon, author of the book on Fougeret’s “The Invisibles”, recounted his own experience of spending the night in that place. “During this night, did we see ghosts? -wrote-. The answer is no’. But some elements caught our attention: falling swords, an electromagnetic field device that lights up, the clock of our photographer who took a turn. Paranormal phenomena or simple coincidences. the doubt remains”.

As for the rest of the castle visitors who spent the night with him, Lafon expressed that some “were delighted” and “they recounted with pleasure the noises they heard and the presences they felt”. Others, according to the same story, “left disappointed, doubtful.” In any case, always according to the author, all they left happy to have experienced for a few hours what life is like in a medieval building.

Of course, the book about the inexplicable events that occur in the most haunted castle in France has the vital contribution of the Veronique Geffroy, who explained the reason for his participation in said material. “With everything that has happened to us here, I needed to give an accurate, detailed testimony. It is also a form of catharsis for me, because living with invisible people is not easy”, confessed the woman, with a smile.