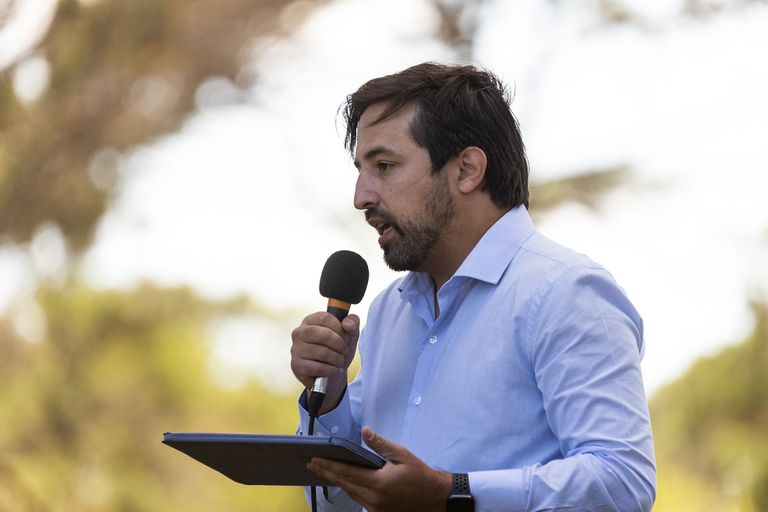 Chicaneó to the City: Nicolás Kreplak said that the Province applied about 20% of the doses received by the people of Buenos Aires


In an act in Monte Hermoso, where he gave details of the situation current health situation of the Covid-19 coronavirus pandemic in the province of Buenos Aires, Nicolás Kreplak stated that about 20% of the doses received by the people of Buenos Aires were applied in the Province and added that the percentage is even higher if one takes into account the vaccine booster.

When analyzing the data contained in the Federal Vaccination Registry (Nomivac), the results presented by the Buenos Aires official coincide with the national statistics only if the first 17 days of January 2022 are taken, and they drop to 12% if you take into account the entire campaign, which has already lasted a year.

In an event in which he was accompanied by Governor Axel Kicillof, the Buenos Aires health minister explained: “We have the Federal Vaccine program. As we are the main reception center for tourists in the country, we want to guarantee access to the vaccine to those who travel to our district and don’t miss their turn. That is why we gave those who are over 60 years of age the possibility of being vaccinated freely in our province even if they are not from the province.”

Then he continued, while the data was displayed on some screens: “Since the beginning of January we have applied 2,142,142 doses. Almost 95% went to people from our province. However, there is a 5% to inhabitants of other jurisdictions. There are almost 110,000 doses that we have given to residents of other provinces where 35,000 correspond to people from other provinces, but 75,000 to the city of Buenos Aires and we are very proud to receive them in our province so that they can be vaccinated”.

“This data is very interesting because if you add it up since the vaccination campaign began in January of last year, there are 401,412 residents of the city of Buenos Aires who have been vaccinated in the province of Buenos Aires. Corresponds to 18.6% of all vaccines that the residents of the city of Buenos Aires have applied, they did it in the province of Buenos Aires. We are very proud to be able to contribute to ensuring that the entire population of our country can be properly vaccinated”, Kreplak added to a round of applause from those present. This expression of the minister was the one that generated confusion, since it referred only to the first 17 days of January and not to the full year of the national vaccination campaign, according to what they said from their environment to LA NACION.

If a person from one jurisdiction is vaccinated in another, when the data is uploaded to the system, is it computed to the province that vaccinated or to the person’s residence? It was the question that LA NACION made to sources in charge of entering and disseminating national data, who responded: “The place of vaccination is recorded, but also the place of residence of the person, one can build the data of vaccinated according to residence and vaccinated according to vaccination jurisdiction ”.

After the response, this medium analyzed the data from the Nomivac on porteños vaccinated in the province of Buenos Aires since December 29, 2020, when the vaccination campaign began, and the figure reaches 12.9%, that is, almost 6% less than what Kreplak announced today. According to the latest official data, which was updated today at 4:42:35 in the morning. Residents of the city of Buenos Aires received 6,710,277 doses, including the first, second, third and reinforcement. Of that total, the inoculations of porteños in Buenos Aires lands were 867,142.

If you look only at the data for January of this year, the figure is closer to that stated by Kreplak. According to Nomivac, 496,062 doses were applied to residents of the city of Buenos Aires so far this year and 80,115 were administered in the province of Buenos Aires, which represents just over 16 percent.

After the confusion generated by the numbers, from the Ministry of Health of the province of Buenos Aires they shared with LA NACION the detail of the data they used to put together the graphs that Kreplak exposed this afternoon and clarified that not only the Nomivac data was taken into account, but also the data from the National Registry of Persons (Renaper) was added to reach those conclusions.

In addition, it also details all the doses applied since the campaign began to residents of one side of General Paz, who were inoculated from the other side to which they reside. From there it emerges that “among the applications in PBA vaccinations, the 95,60% (30,610,884) are residents of the province of Buenos Aires, 2.68% are residents of CABA (858,515) and the remaining 1.72% (551,633) are registered in another province of residence.