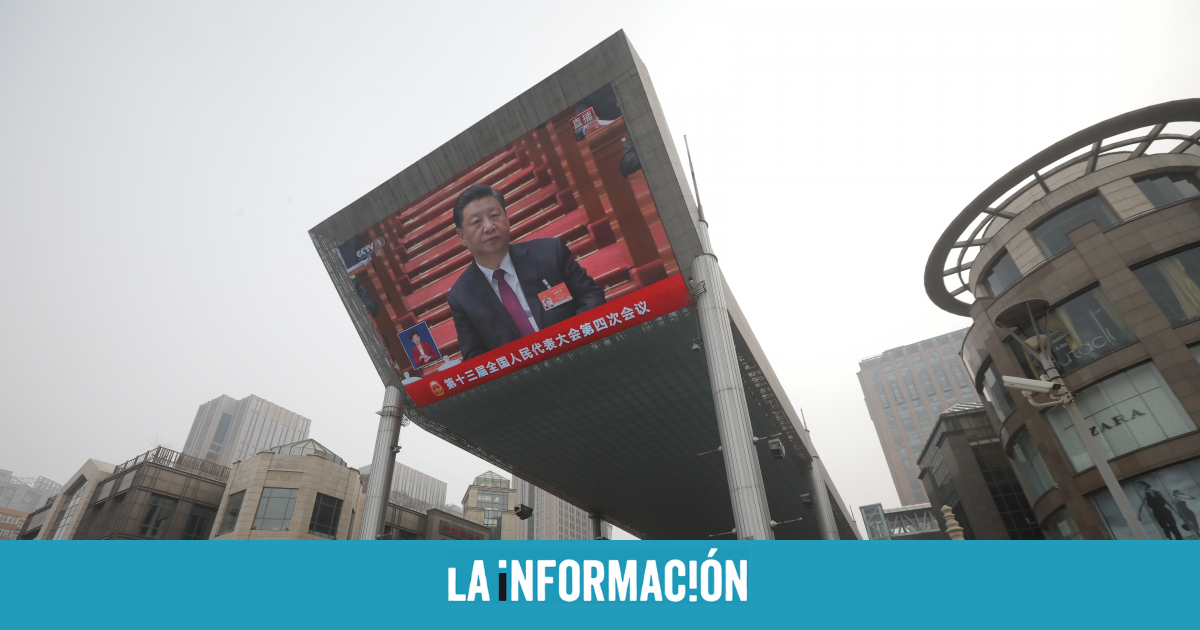 
China prepares to boost its economy in the face of first signs of slowdownn just two years after the start of the biggest health crisis that paralyzed its activity. To avoid a new fall, the People’s Bank of China has decided to cut the interest rate applied to the loan facility to banks with a maturity of one year. The Asian giant is one step ahead of the other large economies and, after being the first to suffer the economic impact of the pandemic and, months later, promoting its reopening, now leave inflation worries behind – which has not reached the high rates of the West – to focus on its economic growth.

The data that has set off the alarms was the year-on-year growth of its gross domestic product (GDP) in the fourth quarter, which reached 4%. Exceeded expectations, but shows significant slowdown compared to previous periods. This is the weakest quarterly growth since the beginning of 2020. In the first three quarters, year-on-year growth had been 18.3%, 7.9% and 4.9%, respectively. Industrial production becomes important in these statistics. However, they gave a respite, especially the production of automobiles that grew for the first time since April, and made it possible to compensate for the drop in retail sales.

As a measure to reactivate and consolidate its economic growth, the People’s Bank of China announced on Monday a rate cut for the first time in almost two years. The latest decision affects medium-term rates and, although it is reduced, anticipates a looser monetary policy. Specifically, it reduced by ten basis points, to 2.85% from 2.95%, the interest rate applied to the loan facility to banks with a one-year maturity. Likewise, the central bank also lowered by ten basic points the interest rate applied to refinancing operations maturing in one week, placing it at 2.10% from 2.20%.

China’s central bank thus becomes the first to cut rates in 2022 after a decision against the current of the rest of the big central banks, which have already tightened or are preparing to tighten monetary policy against inflation. Among them, the US Federal Reserve (Fed), the other great economic power and rival of China. But nevertheless, the economic moment is different and the Asian giant, first affected by the coronavirus crisis, is now facing an economic slowdown without the price rebound being a big problem. In fact, the latest inflation data in China, for December, moderated to 1.5% compared to 2.3% in the previous month.

Along with the rate cut, the Asian giant’s central bank has strengthened its intervention with the injection of 700,000 million yuan (96,434 million euros) through this twelve-month facility, which represents an increase of 200,000 million yuan (27,552 million euros) with respect to the expected maturities. These measures are added to others Beijing is already encouraging, such as the issuance of bonds used by local governments to finance infrastructure.

The objective is to prevent the trend in growth variables from continuing downward. The biggest risk to the Chinese economy remains the pandemic. Its current ‘Covid zero’ policy, which imposes radical locks in an attempt to keep the Omicron variant at bay, threatens again the country’s factories that may have to stop again, adding problems to the current situation of the supply chain. In addition, the slowdown in the real estate market, which already showed its weaknesses in 2021, hampers the country’s growth. Continued falls in property sales reduce investment in housing.

The origin of the supply crisis

The economic evolution of China marks the path of the rest as it did two years ago now. In January 2020 the cases of the then called ‘virus de Wuhan’ -the city in central China where the first Covid-19 infections were detected- were beginning to spread along with international concern about the economic impact that dependence on this country, which had become the big factory in the world. The rapid spread of the virus forced the closure of the city of Wuhan with about 11 million inhabitants and, with it, the shutdown of the entire industry. This confinement was followed by that of other cities, until the complete closure of the country that prevented from continuing with the usual course of the production chain.

It was the origin of the supply crisis that currently affects a large number of sectors in the face of a current logistics process based on ‘just in time’, that is, the companies do not store their parts but order them according to their needs. The background to a health crisis was the SARS virus that affected China in 2003, but left little economic impact at the international level. But nevertheless, the big difference was the size and economic influence of the country. The impact of its closure was not immediately felt as lockdowns in the West followed. However, months later China led the reopening and, once Europe and the US also resumed their activity, the tensions currently affecting the market, both products and energy.