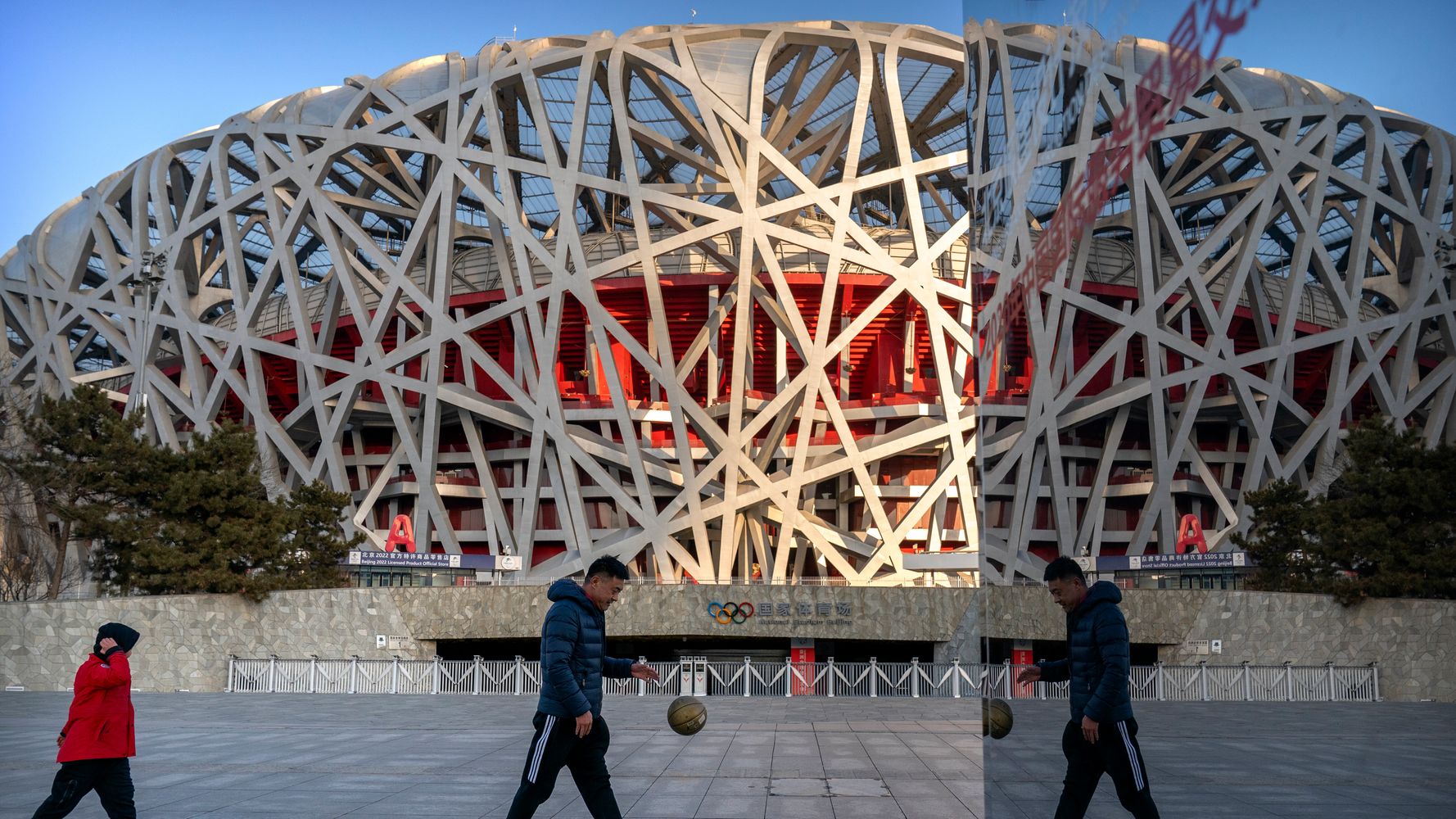 Ai Weiwei is one of China’s most famous artists and is considered by many to be one of the world’s greatest living artists. Working with the Swiss architecture firm Herzog & de Meuron, he helped design the Bird’s Nest Stadium, the centerpiece of the 2008 Beijing Summer Olympics.

The stadium in northern Beijing, instantly recognizable for its weave of curved steel beams, will also host the opening ceremony of the Beijing Winter Olympics on February 4.

In the design phase, Ai hoped that the lattice shape of the stadium and the presence of the Olympics would symbolize China’s new openness. I was disappointed. He has repeatedly described the stadium and the 2008 Olympics as a “fake smile” that China presented to the world.

Ai hopes the Winter Games will offer more of the same.

Even before his fame landed him the design job, Ai had been a relentless critic of the Chinese Communist Party. He was jailed in 2011 in China for unspecified crimes and is now an outspoken dissident living in exile in Portugal. He has also lived in exile in Germany – he still maintains a studio there – and in Great Britain.

His art, which ranges from sculpture to architecture, photography, video and the written word, is almost always provocative and scathing about censorship and the lack of civil liberties in his native country.

his memories— “1000 years of joys and sorrows” – was published last year and details the overlap of his life and career with that of his father Ai Qing, a famous poet who was sent into internal exile in 1957, the year Ai Weiwei was born.

Ai writes in his memoirs: “The year I was born, Mao Zedong unleashed a political firestorm: the Anti-Right Campaign, designed to purge “right-wing” intellectuals who had criticized the government. The whirlpool that swallowed my father also changed my life, leaving a mark on me that I carry to this day.”

He quotes his father: “Repressing the voices of the people is the cruelest form of violence.”

Ai responded to a list of questions via email from the Associated Press. He used his dashed hopes over the Bird’s Nest to illustrate how China has changed since 2008.

“As an architect, my goal was the same as other architects, which is to design it as perfectly as possible,” Ai wrote to the Associated Press. “The way it was used afterwards went in the opposite direction of our ideals. We hoped that our architecture could be a symbol of freedom and openness and represent optimism and a positive force, which was very different from how it was ultimately used as a promotional tool.”

The The 2008 Olympics are often seen as a “coming out” party. for China, when the IOC awarded Beijing the Olympics in 2001, it said they could help improve human rights. Ai instead called the 2008 Olympics a “low point” as migrant workers were forced out of the city, small shops were closed and street vendors removed, and billboards several blocks long appeared. , painted with palm trees and beach scenes to hide shabby clothes. neighborhoods in sight.

“All the Olympic Games were held under a lockdown situation,” Ai told the AP. “For the general public there was no joy in the participation. Instead, there was close collaboration between the International Olympic Committee and the Chinese regime, who put on a show to gain economic and political capital.”

Ai writes in her book that she watched the opening ceremony away from the stadium on a television screen and noted the following.

“In this world where everything has a political dimension, we are now told that we must not politicize things: this is simply a sporting event, separate from history, ideas and values, even separate from human nature.”

The IOC and China again say that the Olympics are divorced from politics. China, of course, has political ends in mind. For the IOC, the Olympics are a sporting business that generates billions in sponsorship and television revenue.

In his email, Ai described China as emboldened by the 2008 Olympics: “more confident and uncompromising.” He said the 2008 Olympics were “negatives” that allowed the Chinese government to better shape its message. The Olympics did not change China in the way the IOC suggested, nor did it advance civil liberties. Instead, China used the Olympics to alter how it was perceived on the world stage and signal its growing power.

The 2008 Games were followed a month later by the global financial crisis, and in 2012 by the rise of General Secretary Xi Jinping. Xi was a high-level politician in charge of the 2008 Olympics, but the 2022 Games are his.

“Since 2008, the Chinese government has further strengthened its control and the human rights situation has further deteriorated,” Ai told the AP. “China has seen the hypocrisy and inaction of the West when it comes to human rights issues, so they have become even bolder, more unscrupulous and more ruthless. In 2022, China will impose stricter restrictions on the Internet and political life, including human rights, the press, and We-media. The CCP does not care whether the West participates in the Games or not because China trusts that the West is busy enough with its own affairs.”

Ai characterized the 2022 Winter Olympics and the pandemic as a lucky moment for China’s authoritarian government. The pandemic will limit the movement of journalists during the Games and will also expose the Orwellian control of the state.

“China, under the state capitalism system and especially after COVID, firmly believes that its administrative control is the only effective method; this enhances his belief in authoritarianism. Meanwhile, China thinks that the West, with its ideas of democracy and freedom, can hardly gain effective control. Therefore, the 2022 Olympics will be yet another testament to the efficacy of authoritarianism in China and the frustration of democratic regimes in the West.”

Ai repeatedly criticized the IOC as a facilitator; interested solely in generating income from the Chinese market. Both the IOC and China see the Games as a business opportunity. Ai suggested that many Chinese see the Olympics as another political exercise with some, like the athletes, trying to extract value.

“In China there is only the guidance of the Party, the state-controlled media, and people who have been brainwashed by the media,” Ai wrote. “There is no real civil society. Under this circumstance, the Chinese are not interested in the Olympics at all because they are simply a display of state policy. Nationally trained athletes trade Olympic gold medals for financial gains for individuals or even sports organizations; this way of doing things deviates from the original ideas of the Olympic Games.”

Ai was asked if she planned to return to China. He said he had doubts.

“Judging from the current situation, it is increasingly unlikely that he will be able to return to China,” he said. “My main point here is that the situation in China has gotten worse. The boycott of the West is useless and pointless. China doesn’t care at all.”

AP sportswriter Stephen Wade reported for The Associated Press from Beijing for two and a half years before the 2008 Olympics, and also during the follow-up.