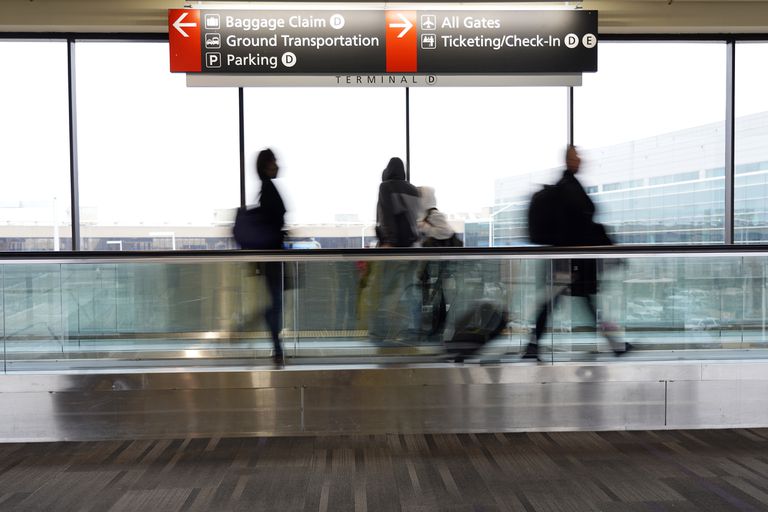 Controversy in the US: Airlines warn of a “catastrophic” air crisis due to new 5G services


WASHINGTON.- The chief executives of the main passenger and cargo airlines in the United States have warned of the danger of a “catastrophic” air crisis this week, when AT&T and Verizon deploy new 5G services.

The executives said that the new C-band 5G service, due to go live tomorrow, could disable a significant number of aircraft, causing chaos on US flights that could strand tens of thousands of Americans abroad.

“It takes a immediate intervention to prevent significant operational disruption to passengers, carriers, supply chains and the delivery of essential medical supplies,” they said in a statement.

Here is the background to the dispute:

U.S auctioned off mid-range 5G bandwidth to mobile carriers in the 3.7 to 3.98 gigahertz (GHz) range in the spectrum known as C-band in early 2021 for about $80 billion.

The United States Federal Aviation Administration (FAA) has warned that the new 5G technology could interfere with devices such as altimeters, which measure how far an airplane travels from the ground. Altimeters operate in the 4.2-4.4 GHz range and the concern is that auctioned frequencies are too close to this range. In addition to altitude altimeter readings are also used to facilitate automatic landings and to help detect dangerous currents called wind shear.

“On a day like yesterday (Sunday), more than 1,100 flights and 100,000 passengers would be subject to cancellations, diversions and delays,” said the presidents of these companies, including American Airlines, Delta or Southwest, but It also forms the air divisions of logistics giants such as FedEx and UPS.

“To be frank, the country’s trade will come to a dead stop”, they declared.

“Considering the short time remaining and the importance of this completely avoidable economic calamity, we respectfully request that you take all necessary measures for 5G to be deployed except when the towers are too close to airport runways”, the directors asked the US government, the FAA and the telecommunications agency, the FCC.

That is why they advocate a pause “until the FAA can determine how this deployment can be carried out safely and without catastrophic disruption.”

The FAA declared on Sunday that it had approved the safe use of some repeater antennas in areas where 5G will be deployed, clearing “up to 48 of the 88 airports most directly affected by 5G C-band interference.”

at the beginning of January the airlines obtained a new deadline, until Wednesday, for these new band frequencies to be activated. These threatened, through their “Airlines for America” federation, to sue the telecommunications giants AT&T and Verizon in order to obtain the deadline and technical modifications in the deployment of the latest generation of ultra-fast mobile internet.

Verizon and AT&T have argued that 5G C-band has been deployed in some 40 more countries without aviation interference issues.. have agreed to create protection zones for six months around 50 airports in the United States, similar to those used in France, to reduce the risk of interference.

In 2019, the European Union set the standards for mid-range 5G frequencies in a range of 3.4 to 3.8 GHz, a frequency lower than that of the service to be deployed in the United States.. Bandwidth has been auctioned off in Europe and is so far used in many of the bloc’s 27 member states without issue.

The European Aviation Safety Agency (EASA), which oversees 31 states, said on December 17 that the problem is specific to US airspace. “At the moment, no risk of unsafe interference has been detected in Europe,” he said.

FAA officials have pointed out that the spectrum used by France (3.6-3.8 GHz) is further from the spectrum (4.2-4.4 GHz) used for altimeters in the United States, and that the level France’s power capacity for 5G is much lower than that authorized on US soil.

Verizon has said it won’t use spectrum closer to the upper band for several years.

“Wireless operators in nearly 40 countries across Europe and Asia now use the C-band for 5G, with no reported effects on radio altimeters operating in the same internationally designated band of 4.2 to 4.4 GHz” CTIA, a group of US wireless carriers, said in a filing with the Federal Communications Commission.