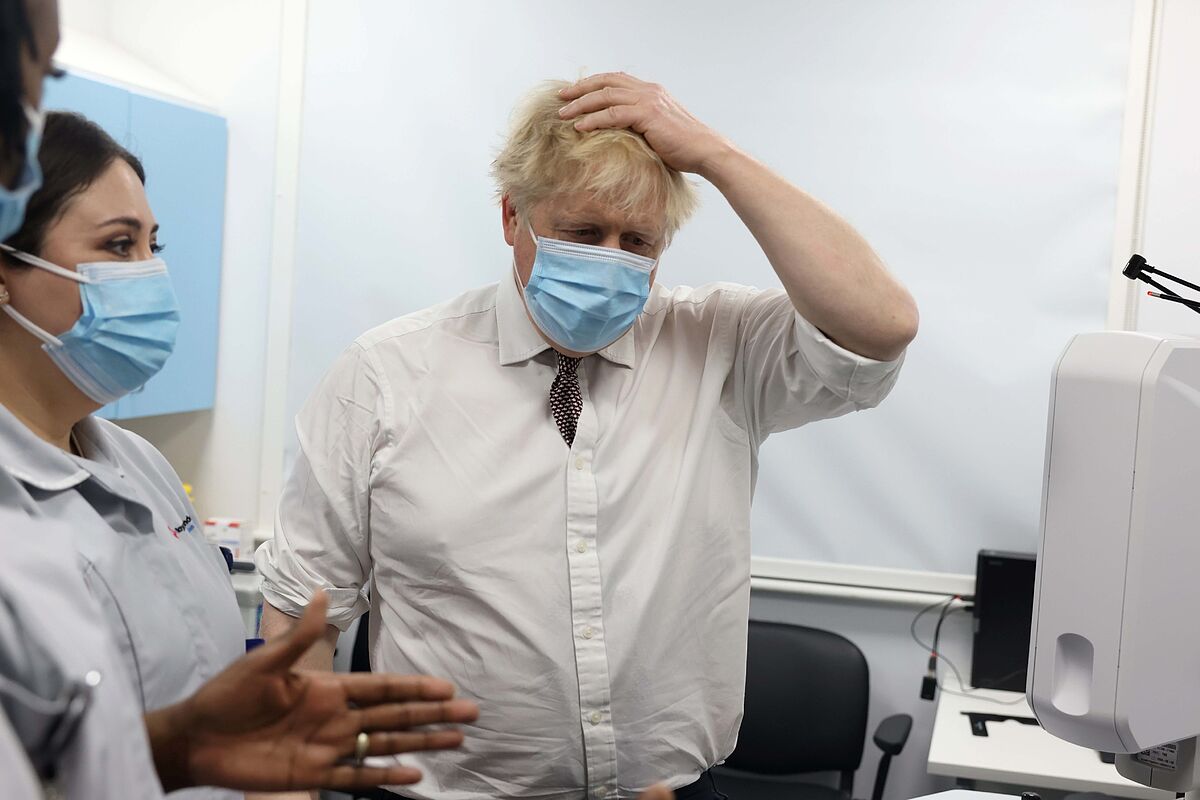 The ‘premier’ said he attended a party in Downing Street thinking it was a “work event”. His former strategist alleges that he warned him that the party violated the Covid restrictions

The former strategist Boris Johnson,Dominic Cummings, has publicly called the “premier” a “liar” and has offered to testify under oath in the “Partygate” investigation led by official Sue Gray. In his statement before Parliament, Johnson assured that he attended the party that brought together more than 30 people in the Downing Street garden on May 20, 2020, thinking that it was “a work event” and not a social act in full confinement.

Cummings now alleges that he himself warned Johnson’s personal secretary, Martin Reynolds, that the party could be a violation of Covid restrictions. Reynolds, who personally asked the guests to bring “their own bottle”, replied that everything was fine as long as social distancing was respected and that, in any case, he was going to consult directly with the “premier”.

“Not only myself but other witnesses who also questioned this (the decision to hold the party) are willing to testify under oath that this is what happened,” Cummings wrote on his blog. According The Sunday Times, at least two people could have noticed told Johnson in advance that the party might be a violation of the restrictions in place on that date.

The possibility that Johnson was lying in his appearance last week in Westminster was raised directly on Tuesday with Justice Secretary Dominic Raab, who acknowledged that lying to parliament is “normally” sufficient cause to resign. Still, Raab downplayed de Cummings’s words, saying his accusations “make no sense.”

Cummings is unofficially considered to be “chivato” of ‘Partygate’, with the chain of leaks that have put the “premier” on the ropes and to which has also been added the possible violation of the rules by Johnson and Carrie with their “getaway” to Checkers mansion between March 16 and 27, 2020, when Britons were asked to avoid “non-essential travel”, including to second homes.

A Downing Street spokesman replied that the “premier” and Carrie were already at Checkers when that rule came into force on March 22, and that they followed “medical indications” in any case. The aforementioned spokesman avoided questions about possible social events at Checkquers, including the celebration on March 14 of an alleged party before the birth of the couple’s son, Wilfred. Both Johnson and Carrie tested “positive” for Covid two weeks later.

Cummigs’s accusations have so far been met with reservations as he himself starred in the first scandal for violating the confinement rules, with the family car trip of more than 400 kilometers from London to Durham on March 27, 2020, when he was already confinement in force. Johnson initially sheltered his then strategist and architect of the Brexit campaign, who nevertheless left through the back door of Downing Street a few months later, after waging a personal battle with Carrie.

The clashes between the “team Cummings” and the “team Carrie” they have been public and notorious and are behind the successive scandals during Johnson’s tenure. Cummings now remembers that he asked the “premier” to replace his personal secretary Martin Reynolds (renamed “Marty Party”) for the same dates that he called the already famous party.

“Martin has invited people to a party with alcohol, and that’s what I’m telling you, take control of this crazy house,” says Cummings who came to tell Johnson, who defended his personal secretary and resisted replacing him. According to his account, Reynolds came to consult with the “premier” about the celebration of “the party with drinks” and both agreed to go ahead and attend personally, despite the fact that at least two people from the inner circle had recommended that they they didn’t.

Cummings has warned in passing that “there are other photos” and more revelations about the scope of “Partygate”, currently focused on about fifteen parties and gatherings that took place during periods of maximum Covid restrictions. Sue Gray’s report will be released possibly next week and may further tarnish Johnson’s image.

The Conservative Party has meanwhile fallen 13 points below the Labor Party (30% to 43%) in the latest Redfield and Wilton Strategies poll published by The Daily Mail. Analyst John Curtice, considered the oracle of British politics, has warned that even if Johnson manages to survive in the short term, “he will never fully recover” nor will he be the “winning horse” of the “Tories” again.