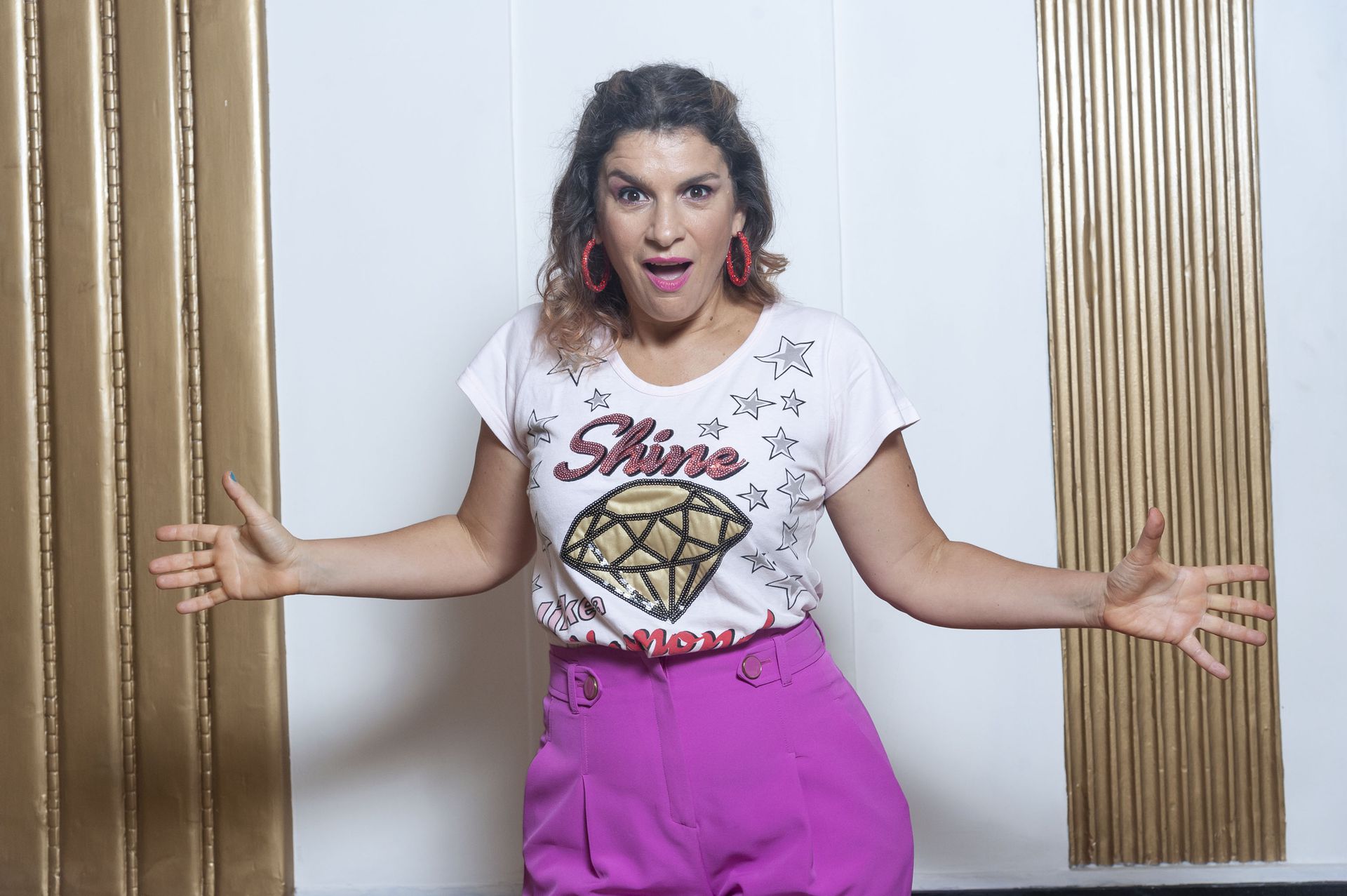 Dalia Gutmann: “I didn’t like seeing my photo on the gossip portals”


“A good antidote to sadness is to invent a project,” he says. Dalia Gutman. Think of the logical anguish that the pandemic caused in everyone and that at this start of 2022 – with rising inflation, the new wave of coronavirus infections and the extensive power outages that make the hair stand on end for a good part of Argentines – has begun to deepen. “It helped me to think and prepare this show during the running of the bulls and I see it as a great formula to put aside worries and have fun, at least for a while. I’m talking about social networks, about the difficulty they created for us to focus on one thing. I make humor out of this delusional anxiety that we are experiencing from being in eighty things at the same time and not being able to really concentrate on any of them”.

they are already fifteen thousand viewers who watched Thing of mine 2, I have things to do, a show designed with monologues, songs and video clips in which the comedian laughs at the constant acceleration and stress of this time, at the unjustified guilt that usually overwhelms her, at the relationship she has with her body and the intense bond with her mother and her daughter. In addition to the functions programmed in Maipo (from January 20, Thursdays at 8:30 p.m. and Saturdays at 10:30 p.m., with tickets starting at 1,200 pesos), there will be dates in Mar del Plata (Monday 17 to at 9:30 pm at the Roxy-Radio City Theatre), San Bernardo (Tuesday 18 at 9:30 pm at the Luz y Fuerza Theater) and Córdoba (Tuesday 25 at 9 pm at the Teatro la Cañada).

“You can feel identified with what I tell, but in principle it is about things that happen to me and what I think from all that –Gutmann clarifies–. If there’s one thing I’ve learned lately, it’s that it’s not good to speak on behalf of all women. That is why I emphasize that this is my personal experience. When I started with stand up, back in 2004, I resorted a lot to the mechanism of shitting myself: for the physical appearance, for talking too much or being a bit of a ball-buster… Now I try to get away from that place. But I’m still talking from the gut because I don’t like laundered humor. I work with true emotions, with which I manage to connect. And I try not to censor myself. But I do think it’s good that women don’t laugh at things that perhaps amused us ten years ago. Today many of those things are no longer funny to us, and that’s fine. I left the place of fucking myself”.

–Do you regret things you said at your shows in the past?

-No, rather it causes me tenderness, it causes me a bit of grace. But I can’t judge myself with today’s eyes. I no longer say some things that I said out of naivety, period.

–What would you say is the axis of this show?

–Relieve the mess we are in with the life we ​​are leading. This feeling that we are not doing everything we should be doing is very disturbing. The show proposes that we laugh a little about all that. It is a parody of this accelerated life that we lead, of the madness in which we are embarked. Now there is a very fashionable move, to follow your instincts, your passions, to be who you really are. These self-help things… And on the show I say “your life will always be a mess, accept it”. I like to make humor with that, with the certainty that we are always going to suffer with something.

–Beyond the restrictions imposed by the pandemic, social networks began to position themselves as an appropriate space for humor. Do you like working in that format?

-Social networks fascinate me. Each one has its particularity. I like Twitter a lot because the Argentine is totally creative and crazy, so I laugh a lot with what I read. Even the aggressiveness there amuses me. It is such a madness that it is already funny… That people are so aggressive and so literal seems like a big joke. During the quarantine I got really hooked on Instagram. I generally follow accounts of people who produce humorous content. I think that these formats can coexist well with what I do on stage. The most notable negative effect in my case is that I stopped reading because from so much jumping from one place to another, my attention is already a bit fragmented. But for me networks are a great company. On the other hand, until not so long ago, comedians had to hand out flyers on the street. That’s over, luckily. Social networks make it much easier to promote shows, they are a key tool in that regard.

–How did you feel when the rumors about your alleged couple crisis with Sebastian Wainraich?

-And… It had never happened to me. I read some gossip portals because I love them, I’m not going to deny it, but I didn’t like seeing my photo there. I felt uncomfortable. I’m just not cut out for that. In the end it didn’t affect me so much because I tried to deny it, not to see it. But the important thing is the truth: I’m fine with Sebastian.

–What things make you angry?

–And what things do you really enjoy?

–I really enjoy spending a few days in a place like Mar de las Pampas. I really like the forest, the beach, walking, doing yoga, being with my family… And now I started singing. I like to learn and do new things. It is always a good antidote to combat boredom. I also love going to the theater. But most of all I like that people come to see my show (laughs). Did you see that there is the phrase “work what you love and you will never work”? Well, I feel that way because I love being on stage.

–Do you see a future as a singer?

-No, because the truth is that I was not born with the gift of singing. I started studying because I sing in the show. Poor those who come to see me and have to listen to me! (laughs). I know that I don’t sing well, but I also know that studying is very good for me. I was guided by Natalia Cuciuffo, a great figure of the Argentine musical who is the coach vocal of the show that I am doing and that has the virtue of transmitting what he knows very well. I’m happy because every time I sing less badly (laughs). Seriously, the more tools you have to use on stage, the better. This year I would like to sing a lot more, but not so much because I want to make a career out of it, but because it puts me on the axis.