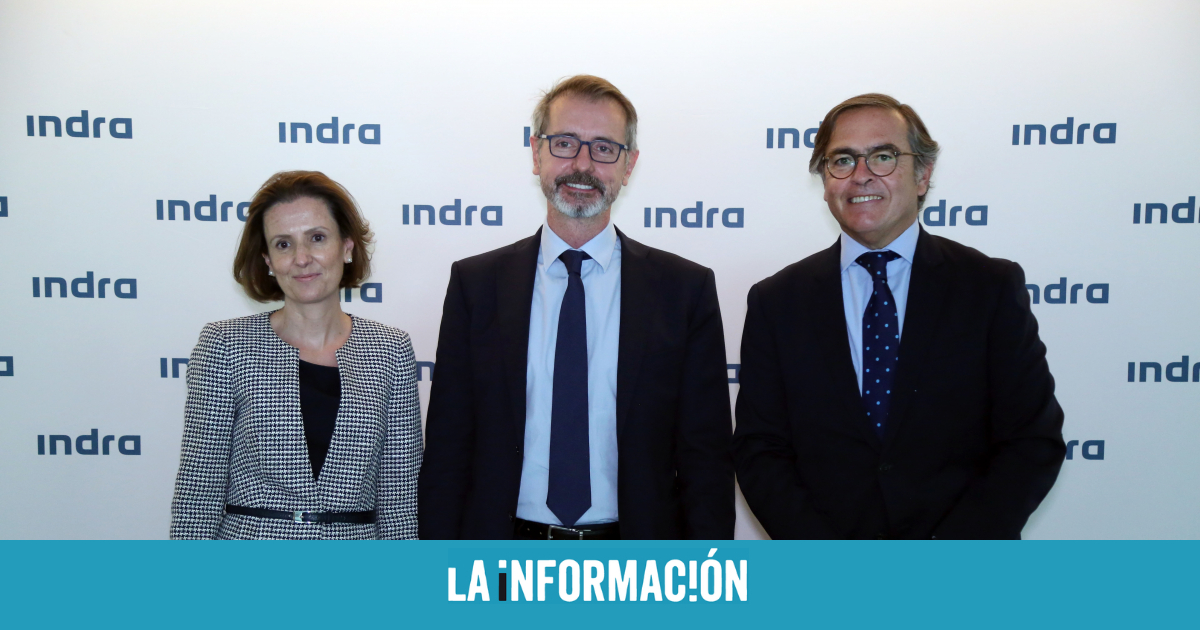 
A four-way renegotiation between the United States and Spain. The Ministry of Defense and Indra renegotiate the contract with the giant Lockheed Martin and the Joe Biden administration supply of the digital radar antenna for the five frigates F-110 of the Spanish Navy, after the North American has chosen to reduce the role of the semi-public company in the works and assume them internally. Now seeking financial compensation or in new projects. This new deal is waiting for the green light from the United States Government and should be signed in the first half of this year.

This contract was signed at the end of 2020. It had a duration of eight years and involved income in that period of more than 150 million euros. But above all it implied a strengthening of commercial ties between the two specialized defense companies. However, as reported by La Información last September, Lockheed Martin had decided to carry out these antennas and the rest of the work directly and not completely subcontracting it to the Spanish semi-public company. This implies, logically, a breach of contract and forces you to put on the table a consideration.

This compensation has been negotiated for months. Sources from the Ministry of Defense assure questions from La Información that it is about a “contractual modification” of the supply of the radar. The legal implications of these changes in the contract and, above all, how the payment will be made are still being discussed. There would be, as confirmed by other knowledgeable sources, two ways to do it: with an economic payment for the damages of prematurely interrupting the contract that would end in six years or the inclusion of Indra in other minor works of the contract. That is just what has been elucidated up to now and everything is advanced but there is only one procedure left.

The same Defense sources assure that part of this modification is still pending the approval of the Government of the United States, chaired by Joe Biden. Keep in mind that the listed company, valued on the stock market at more than 102,000 million dollars, has established itself as the largest contractor in the US during the last decade. The Spanish Government and the US arms industry have maintained an intense relationship for more than a decade. The contract for the F-110 frigates, by which the supplier was going to provide its Aegis combat system to the ships, it was signed in the middle of the pandemic, in April 2020, for 519 million dollars.

The term that is handled, according to the Ministry, is the first semester of the year. In other words, before next summer it will really be necessary to clarify what Indra’s role is to go ahead with the contract and avoid major delays in deliveries. There is a more than evident risk that it will be significantly diluted in a contract whose downward modification has relevant implications in terms of technological developments in Indra, since all these R&D works would be carried out directly by Lockheed and not by the Spanish company.

Already during the month of November, some statements by the Secretary of State for Defense, Esperanza Casteleiro, during the Senate Defense Commission. In it, he insisted that the manufacture of the frigates must begin during the year 2022, for which he warned that “expenses and deadlines” must be met. Defense stressed its “maximum interest” in Indra providing the antenna for the F110 frigates, but asked to meet deadlines -From Lockheed they justified the decision to assume the development as their own due to the potential delays-. “R&D&i is leading to a slippage in the costs and required deadlines that the Ministry of Defense should not assume in principle, but, as I said before, we are working to achieve the best position for Indra in this process”, he pointed out. .

In the last times the relationship between the Ministry of Defense and this division in Indra, led by Ignacio Mataix -former right-hand man of the former president, Fernando Abril-Martorell-, not being particularly fluid, say knowledgeable sources. All this at a particularly delicate moment in which the semi-public company continues to bet on this segment, with greater profitability, for the future. At stake is not only this contract for the frigates, but also the role of Spain in the European FCAS program and the production of the 8×8 combat tanks. The latter, which focuses on providing a state-of-the-art mission system, would bring in more than 150 million euros of income in a first stage.

In this context, there has also been some political clash by the company with public capital. According to knowledgeable sources, Indra was invited by the parliamentary group of Vox to one of the regular meetings that the organization holds with the Spanish defense industry. Like the company chaired by Marc Murtra, other entities in this sector were also called. At the last moment, the company owned by SEPI decided not to attend and left the party standing, which generated some discomfort at a time of greater ‘politicization’ of the company.

Changes in the dome

These first six months of the year 2022 will not only serve to clarify the situation of the contract for the frigates, but also of the distribution of power in the highest decision-making body of the company chaired by Marc Murtra. This and the State Company of Industrial Participations (Sepi), which controls 18% of the shares, prepare for the departure of Alberto Terol next June, when he completes his term as an independent director. He was key in the succession process of Fernando Abril-Martorell and in the definition of the role of Murtra himself as president without any executive power.

Terol’s departure as leader of the independents -which gives him relevant power on a board with more weight than these directors who do not represent any of the partners- will be a paradigmatic change since both the Catalan director and Sepi have opted to win more whole in the day to day. And while that happens, it remains pending the appointment of a director by Sapa, the defense holding company of the Aperribay family that landed with the purchase of 5%, after the resignation of the member who represented the interests of Corporación Financiera Alba, having sold practically all of his participation.