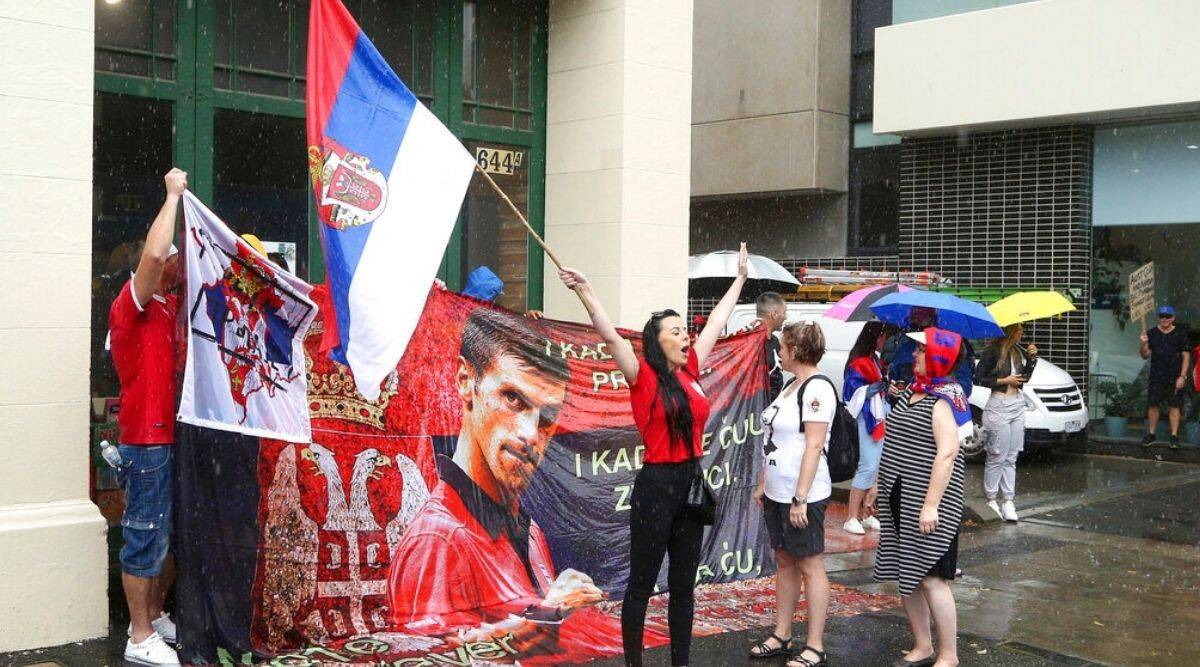 Djokovic and 2 others now in Australian Open visa drama

Novak Djokovic is not the only one to have his visa canceled after flying into the Australian Open without the required evidence to support a medical exemption to the country’s strict COVID-19 vaccination rules.

Djokovic was denied entry when he arrived at Melbourne airport on Wednesday and was still in an immigration detention hotel on Friday, awaiting a court hearing to challenge his deportation, when the Australian Border Force confirmed action was taken against other two people.

In an email to The Associated Press, the border force said that following investigations into two other cases of people related to the Australian Open, “one person voluntarily left Australia … and a third person’s visa has been cancelled.”

The ABF said one person was detained by immigration pending deportation, but declined to provide details or comment further.

The Czech Republic embassy in Canberra identified 38-year-old doubles player Renata Voráčová as one of the people involved.

“Renata Voráčová has decided to leave Australia as soon as possible and will not participate in the Melbourne tournament,” the Czech embassy said.

Initially, the Victoria state government planned to have a no vaccinations, no games policy for the first tennis major of the season at Melbourne Park, but that changed late last year when the option of medical exemption was raised.

VIDEO: Scenes outside the facility where tennis superstar Novak Djokovic is allegedly being held.

Immigration rights protesters and others carrying Serbian flags are seen outside an immigration detention center in Melbourne on Friday. pic.twitter.com/jY7Xlbefne

The Australian Open organizers and the state government have agreed that two independent panels of medical experts will assess applications for exemptions. Names, ages, and nationalities were removed from each application for privacy reasons, and the panels took the information provided at face value.

Since then, an issue has surfaced: the guidelines for state-backed screenings for tournament exemptions, requiring all players, staff, fans and officials to show proof of full coronavirus vaccination, and the national requirements to enter Australia differed.

Australian media reported this week that the health department wrote to Tennis Australia last November to point out that people who had a coronavirus infection in the previous six months would not be subject to a medical exemption under national COVID-19 regulations. That, apparently, was not communicated to all the players.

Critics of medical exemptions have said that if there were no loopholes, then there would be no confusion.

Djokovic, who is seeking a record 21 men’s major singles titles, has been skeptical about vaccinations, refusing to acknowledge if he has received vaccinations for COVID-19.

His attendance at the Australian Open, where he is a nine-time champion, had been up in the air for months due to Australia’s strict vaccination requirements.

Djokovic’s post on social media on Tuesday that he had received a waiver permit and was on his way to Melbourne sparked some outrage in Australia, where people have endured months of lockdowns and closed state and international borders during the pandemic.

But Australian Open tournament director Craig Tiley defended the “completely legitimate application and process” for medical waivers and insisted there was no special treatment for Djokovic.

Tiley said 26 people associated with the tournament applied for a medical exemption, but only a “handful” were granted. None except Djokovic, who took notice on social media, was publicly identified at the time. Now three of them are detained or have left.

The Australian Open organizers have made no official comment on the visa process or medical exemption since Wednesday.