DP candidate Lee advocates a change to a 4-year presidential term, renewable once 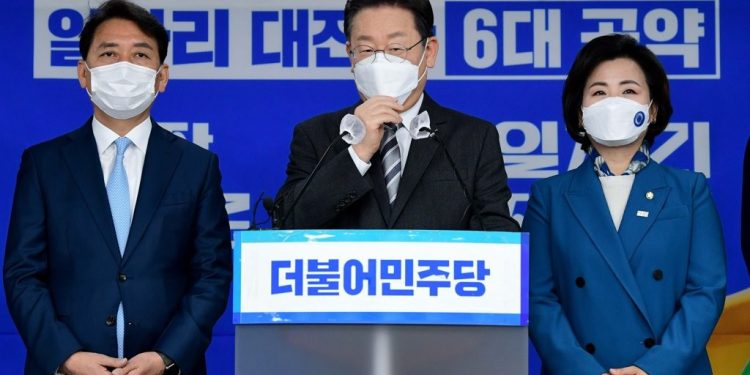 SEOUL, Jan. 18 (Yonhap) — Ruling party presidential candidate Lee Jae-myung on Tuesday advocated a change to a four-year presidential term, renewable once, from the current single five-year term, saying that you are willing to opt for a shorter period if elected.

“For a responsible policy, (South Korea) needs a double four-year term in which power is decentralized,” the Democratic Party’s Lee said during an interview with cable channel MBN.

“Five years is not a period (enough for a president) to plan, promulgate and execute policies and see the results,” said the presidential candidate.

He said a constitutional amendment is now needed for that change, and he is more than willing to accept a shorter four-year term if elected president.

“It’s not such a serious thing to shorten the term by a year when you could rewrite the bill and the law books of the country,” he said when asked if he would accept a shorter presidential term if elected.