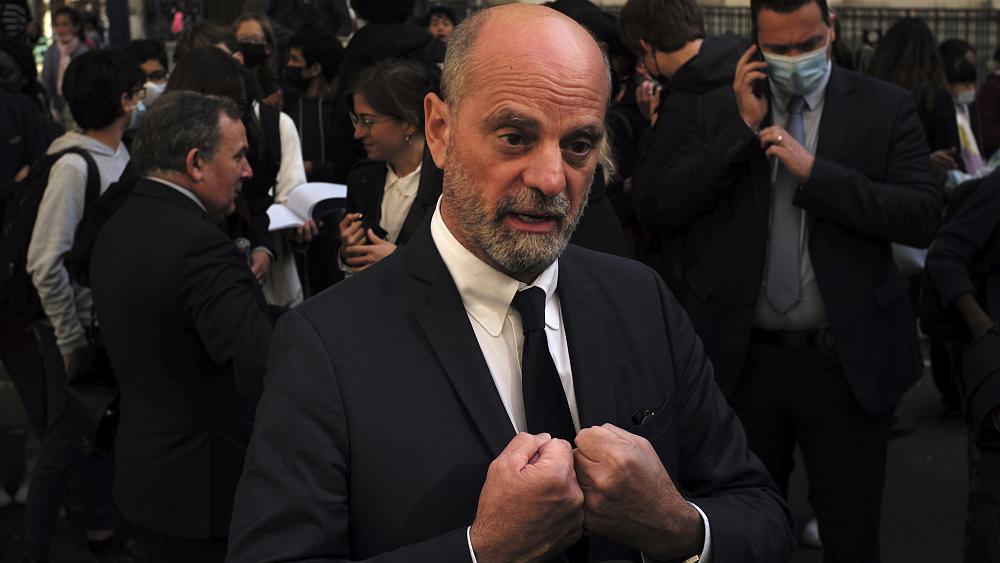 
French Education Minister Jean-Michel Blanquer is facing calls to resign after a holiday in Ibiza as the latest health regulations for French schools were announced.

Blanquer was revealed to be staying on the Spanish island when the latest strict protocols were made public, just one day before the start of the school year.

Unions and politicians have now urged Blanquer to resign after Mediapart revealed that he had been abroad as teachers and parents struggled to prepare children for the new regulations.

In a statement, Blanquer said he “regretted the symbolism” of his vacation spot, but denied breaking any laws.

“It turns out that the place I chose, I probably should have chosen another one,” he told the National Assembly on Tuesday.

The French minister had already faced pressure over the recent one-day strike, in which tens of thousands of teachers took part.

The government spokesman, Gabriel Attal, has confirmed that Blanquer was working remotely during his trip to Ibiza.

“There is a rule set for the government when it comes to public holidays, you must be available at all times, on your task. I have no reason to believe this was not the case,” Attal said.

Several teachers’ unions have planned a new strike this Thursday to demand “strong responses” to the “chaos” caused by the COVID-19 pandemic.

In an interview on January 2, Blanquer revealed strict new protocols forcing French students to take more tests for COVID-19, increasing administrative responsibilities for teachers. It was later revealed that Blanquer had been speaking from Ibiza during the interview.

“It widens the gap between the minister and his staff,” he said. “We did not have a protocol that had been foreseen.”

“There is a real loss of his legitimacy and credibility,” David told AFP, adding that Blanquer “was no longer worthy of his position.”

It is “a symbol of great naturalness and great lightness,” added Sophie Vénétitay, general secretary of Snes-FSU, a leading union in secondary education.

The calls for resignation come ahead of presidential elections in France, where incumbent Emmanuel Macron has been campaigning heavily on education.