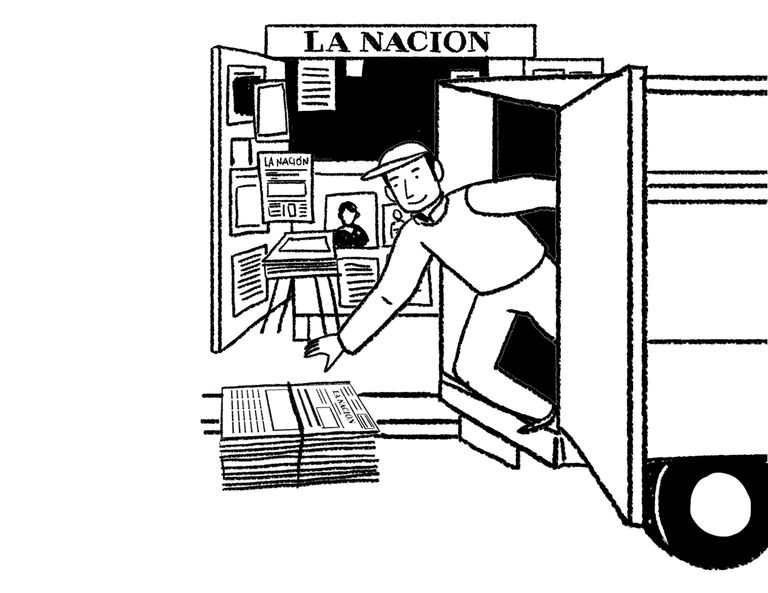 From saying to doing, simple, magistracy This government was characterized from the first day of its mandate by lying and telling us what we can do and what not (does not apply to rulers and friends of power).

But they never set an example in anything. We can cite from VIP vaccinations to the importation of luxury cars only for public officials at the official dollar (in the middle there are dozens of acts that show the phrase “do what we say, but not what we do”). Do they really believe that they are above society and Justice? Do they think they are superior? If that were the case and they are convinced that they can wear everything –as it has already happened–, they are going to hit it head on. But the problem is that society always pays the cost (or rather, those of us who pay more and more taxes).

Our country, our society, our industry need education, examples and freedoms. Fewer plans and more education and work, fewer prohibitions and more supply and demand, less story and more examples.

From saying to doing there is a long way, and in Argentina it is bigger than the crack.

Santiago Cafiero travels to the United States to try to convince that country to support us in the agreement with the IMF. We have spent more than two years with “fruitful meetings”, “the agreement is almost closed”, “next week it will be signed”… Countless sarasas.

If they don’t come up with a plan for how to spend less than is raised, we won’t have support. As simple as Néstor Kirchner reasoned with his grocer’s notebook.

If key aspects are not corrected, the Court ruling that restores the balance in the composition of the Judicial Council (CM) will not change substantially. It is that, as very serious, the CM has managed to annul the Magistrates’ Trial Court (art. 115 of the National Constitution) because, instead of channeling the complaints, it has claimed to be the judge of the magistrates. This must change. And also, to select judges, the current contests must be replaced by a course – which is a sort of contest –, as the National Foreign Service School does. The contests serve to elect academics, but not practical jurists. And review the mistaken idea that the one who is most specialized is the best judge, because what is required for such investiture is an honest, confident, resolute person with common sense, and “if he knows the law, better.” Balancing integration is not the philosopher’s stone: since we criticized the creation of the CM in 1994 –when I was president of Fores–, I still consider that “the problem” is the institution itself. It was irrational to think that, in order to depoliticize appointments, a body made up of politicians would be grafted onto the heart of the Judiciary! Instead of ensuring that the senators fulfilled their obligation to filter the proposals for EP judges, as stipulated by our Constitution and that of the US, it was preferred to create this new institution, without guarantees that its members would act better. It is true that with bad laws the CM can be even worse, but this is what was already happening before Cristina Kirchner’s reforms, although they certainly aggravated it. It must be encapsulated so that it does the least possible damage until one day it is suppressed.

We must confess, first of all, that we admire the tennis quality of Novak Djokovic. However, it seems to us that the Serbian player has used any legal cunning – well or poorly advised, it doesn’t matter – to weaken the confidence of those of us who follow his career, by falsifying and misrepresenting at the same time the administrative procedures regarding the right of admission of entering a country, trying to question its rules in a murky and capricious way. Rules that correspond to an order, which allows Australians to feel protected by their government against the dangerous “exceptions” that have plunged many countries, like ours, into a pit of bitter uncertainty.

With coincident criteria, the Prime Minister of Australia recently told immigrants from some neighboring islands, in response to their displeasure at the official regulations in use: “We have a language and a series of legal provisions approved by our Parliament. If they are not to their liking, they can return to their country through the same door through which they entered”.

It is quite possible that Nole, upon returning to Serbia, experienced “the bitter feeling of the fisherman who, after a hard day’s work, returns home empty-handed” (Nietzsche),

while all of us who dream of a world where rules and democratic order prevail feel congratulated; because there is no doubt that trying to mimic some bad arguments, as if they could improve some ends and become good, should always be a losing business for everyone.

It was recently reported that the numbers 1 and 2 in the PAMI hierarchy were enjoying their vacations together in the Caribbean. Personally, I believe that everyone can freely decide where to spend the summer and what moral example to give or not to their fellow citizens, even in this case, in the case of public servants. What surprises me is that these two people who command PAMI are a couple, which any code of ethics and compliance in private or public organizations -in my opinion- would prevent. Are the control authorities taking action on the matter? Or will we continue to have “servers that don’t work”?

After the fight between fans and neighbors on the highway: Berni defended the actions of the police

“You are not here to give an opinion, you must act, if not, resign”- Manuela Montiel

“If there is not enough police personnel to take care of the streets, the permanent robberies that we suffer all 24 hours a day, let the Armed Forces take to the streets”- Aldo Nestor Blanco

The texts for this section should not exceed 800 characters with spaces. It must include the sender’s name, signature, address, telephone number and document number. For reasons of space and style, LA NACION will be able to select the material and edit it. Messages should be sent to: [email protected] or to the address: Av. Del Libertador 101, Vicente López (B1638BEA)