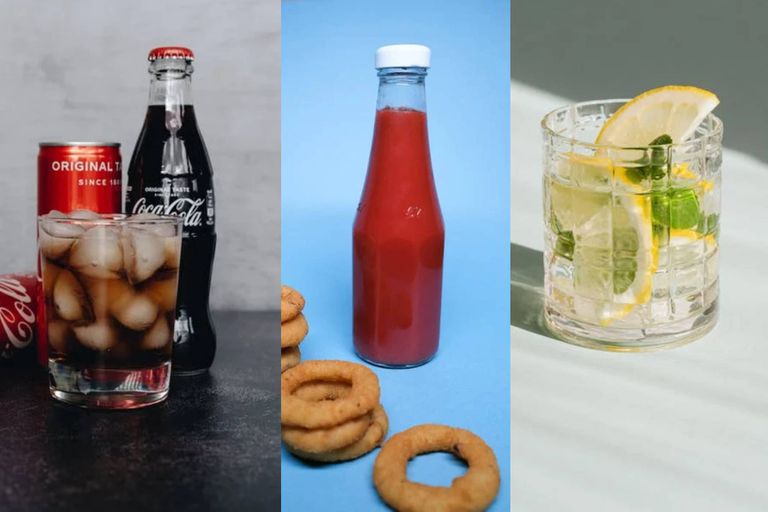 From the pharmacy to the supermarket: 3 products that were sold as remedies and are now consumed as food


It is common to see on supermarket shelves and in our food pantries products which are normal in today’s eyes. But nevertheless, the history of the origin of some of them can be as fascinating as it is strange, since their purpose was not always thought of as we know it today.

Some of these inputs did not start their way into the food industry, since long before becoming the delicacies that they are today, they ventured into other fields that allowed them to position themselves and change course.

Here are some stories of companies and foods that started with a pharmaceutical end, but ended up becoming almost daily consumption products for millions of people.

This iconic caramelized drink was created in 1886 by the scientist and pharmacist Jhom Pemberton as a medicine to treat all kinds of bodily ailments.

Pamberton started the project when alcohol prohibition was beginning to be imposed in the United States, so his previous invention, which was based on wine, failed.

So he decided venture with the coca leaf as the base product of its new pharmaceutical creation.

His partner Frank Robinson helped him create the name and start marketing it. He was knowledgeable about business, so he knew how to handle the monetary aspects quite well.

Both were launched on the market and promoted the drink as a refreshing product, but also with curative functions, since its propaganda announced cure headaches, depressions and help increase libido.

Two years after its launch, the founders signed an agreement to bottle the drug throughout the United States, according to the newspaper ‘ABC’.

After success, Coca – Cola abandoned its “healing” initiative and dedicated itself to selling the product as a refreshing drink that would go well with absolutely any food: 135 years later it became one of the most successful companies in history, with a range of action in 200 countries around the world.

Far removed from current uses, the ketchup It originated in China, but it was not until the 18th century that the first bottle was made.

Your name comes from the word Ke-tsiap, a Chinese term for describe the fat that comes out of the fish fermented, a substance that has been very popular in the coastal areas of that Asian country as a cooking seasoning for hundreds of years.

Some specialized media indicate that this input was marketed in different countries in North and South Asia. It was not until he arrived in Singapore that he had contact with European culture, because in the century XVIII this country was a colony of the british empire.

In some cookbooks of the time, this derivative of animal fat is referred to as Ketchup. In Eliza Smith’s text ‘Complaint Housewife’ (1736) reference is made to the concoction as an input that is well accompanied with a base of white wine and anchovies, something far removed from what is known today.

It was not until 1812 when the scientist James Mease invented the first tomato sauce recipe that, far from the rarity with which the concept of ketchup, left the name for its composition similar to fish fat, that is, like a sauce.

With the marketing of the recipe began to emerge speculations about the healing properties of this ingredient, since it was said that it cured diarrhea and other stomach ailments.

In 1930, Dr. John Cook Bennet, from Ohio University, validated those theories and began to sell bottles and even pills with the concoction. However, some impostors began to counterfeit their products and went bankrupt.

For his part, the employer Jhon Heinz, who already had the Ketchup emporium almost in his hands by the end of the 19th century, also welcomed the idea and marketed his products saying that the tomatoes from his farms contained antioxidant effects based on lycopene, a characteristic substance of the vegetable that gives it the russet.

The sauce was sold as a medicinal product for a few years until the Food and Drug Administration (FDA) prohibited the advertising of the healing effects of lycopene, as there were no scientific studies to validate the claims.

What is today one of the drinks of choice for young people at parties around the world, was not always used as a product for fun and lust. At the beginning of the 18th century, this drink began as a medicine.

The French Pier Joseph Pelletier and Joseph Bienaimé managed to isolate quinine, a compound found in Quino, a tree characteristic of Peruvian lands.

They realized that the Incas used this tree to calm and even cure the symptoms of malaria. In 1820, these scientists began to encapsulate the compound and send it to areas where the disease was common, reported the newspaper ‘El Español’.

It was in India when British officers sick with malaria began to consume the drug, but when they swallowed it, the quinine left an extremely bitter taste inside their throats, so they decided to start dissolving the medicine with sugar water, Geneva and a little lemon juice.

Since then, quinine began to be prescribed with these compounds that are so characteristic of today’s cocktail.