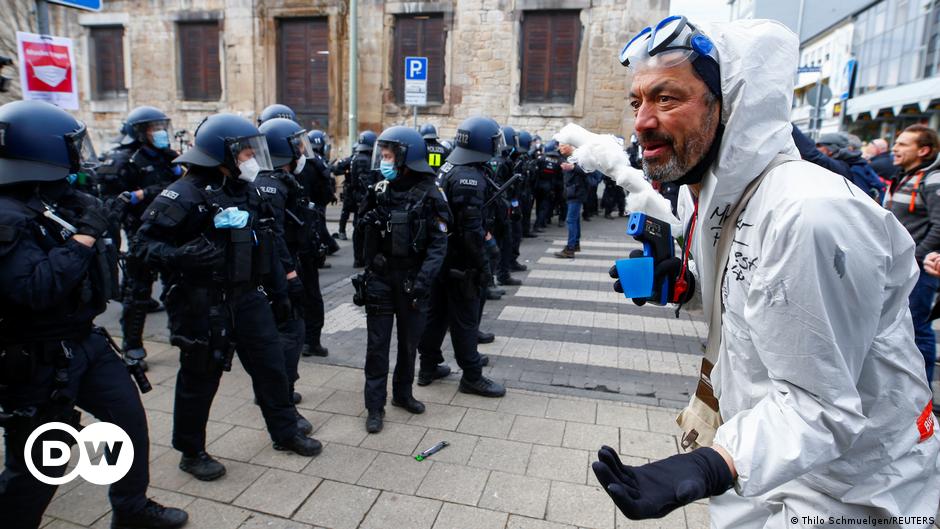 
There were more politically motivated crimes in Germany in 2021 than in the previous two decades, the Federal Criminal Police Office (BKA) said, according to a report by the dpa news agency published by several German media outlets.

Preliminary data showing an increase of around 6% in such crimes compared to 2020 was released in response to a parliamentary question from a lawmaker from the far-right Alternative for Germany (AfD) party, dpa said.

What did the data show?

In total, 47,303 crimes classified as politically motivated were committed in 2021, the data showed. The final figure could be even higher, since a response was given to a query on January 5.

At the same time, politically motivated violent crime fell by about 6%, according to the data.

More than 19,000 of the crimes were attributed to right-wing suspects, while some 9,000 were committed by people considered to be on the left.

More than 17,000 of the politically motivated crimes could not be classified by the police as left-wing or right-wing. Security officials say that tensions amid the coronavirus pandemic may have contributed to this increase.

For violent crimes that were politically motivated, the police recorded 1,047 cases in which the suspects could not be classified as belonging to any particular part of the political spectrum or religious ideology. That compares with 591 violent crimes of uncertain political motivation in 2020.

Last year, in response to the rise of conspiracy theories and anti-Semitic ideologies amid the pandemic, the national intelligence agency BfV began to focus on certain social phenomena related to a general “delegitimization of the state” that are seen as putting endanger the rule of law.