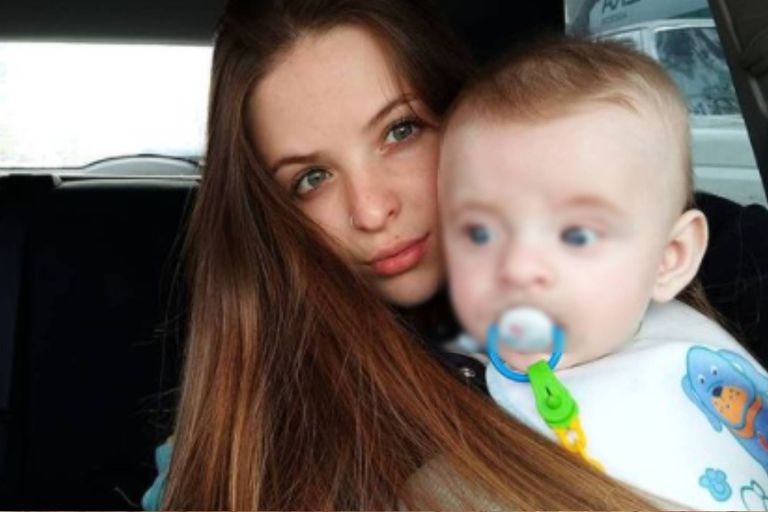 
The life of Florencia Nizetich was spent normally in Puerto Madryn. At 21 years old, he divided his days between work, study and raising Francesco, his one-year-and-eight-month-old son. However, in October he received a severe blow. After visiting a medical guard for a severe stomach pain They discovered a tumor. Nowadays you have to raise $1,700,000 to perform a surgical operation and remove it. From the networks a campaign began to collect the money.

It all started when, between the pain in her stomach area and a severe illness that kept her in bed, she decided to go to a medical ward for a consultation. The professionals performed an ultrasound and immediately detected a strange lump in the liver. “The first thing they saw was a nodular image that had not been identified until then”, told the 21-year-old in dialogue with LA NACIÓN.

With that first diagnosis, she decided to have a second opinion and consulted a gastroenterologist. At first, the professional thought it was a cyst, but the analyzes continued and the result of a tomography confirmed that it is a tumor. She was immediately referred to the Italian Hospital in Buenos Aires to continue with a series of studies.

“I went to the Italian Hospital, I had an MRI and I was seen by a pathologist. I returned to Puerto Madryn and they informed us that a medical team was going to gather to evaluate my situation. A few days later they contacted me and told me that the tumor had to be operated on because it was the size of a tangerine”, explained the young woman.

Regarding the final diagnosis, Florencia explained: “They saw a questionable part inside the tumor, which is an adenoma. It is benign but being a large size and because of my age, they have to remove it. If it continues to grow and is left to be, it becomes carcinogenic.”.

The professionals informed him at that time that, due to its size, it is a tumor that has in the body for years, even since before she became a mother, in 2019.

With the confirmation of the steps to follow, Nizetich’s social work made the referral for the surgical intervention to be carried out at the Italian Hospital given the complexity of the case. With the shift confirmed for March 11, Florencia had a consultation by video call with the surgeon in charge and right there she found out the particular cost that he charges her: more than $1,700,000.

Faced with this situation, and without having the money to face the operation, Florencia began to sell raffles in her city, but realizing that the amount she has to cover is very high, He decided to make his story go viral through a video that he shared on his social networks..

Thanks to the solidarity of the people, he managed to collect more than a million pesos, although there is still a significant amount left. Another expense is added to this: he must remain in Buenos Aires for a month to carry out controls before and after the intervention.

While he receives help and his story goes viral, he does not give up. So what started as a raffle for a food basket, was filled with collaborations from society and now in the raffles that it does there are more than 50 prizes donated by different undertakings and businesses in Puerto Madryn, Trelew, Rawson and Gaiman.

In addition, the solidarity campaign continues AllxFlower where it seeks to collect the money that is missing for the operation. Those who want to collaborate can do so through the following means.

In the midst of this difficult time that she is going through, Florencia is now fighting to regain her health and be able to see her son grow up.