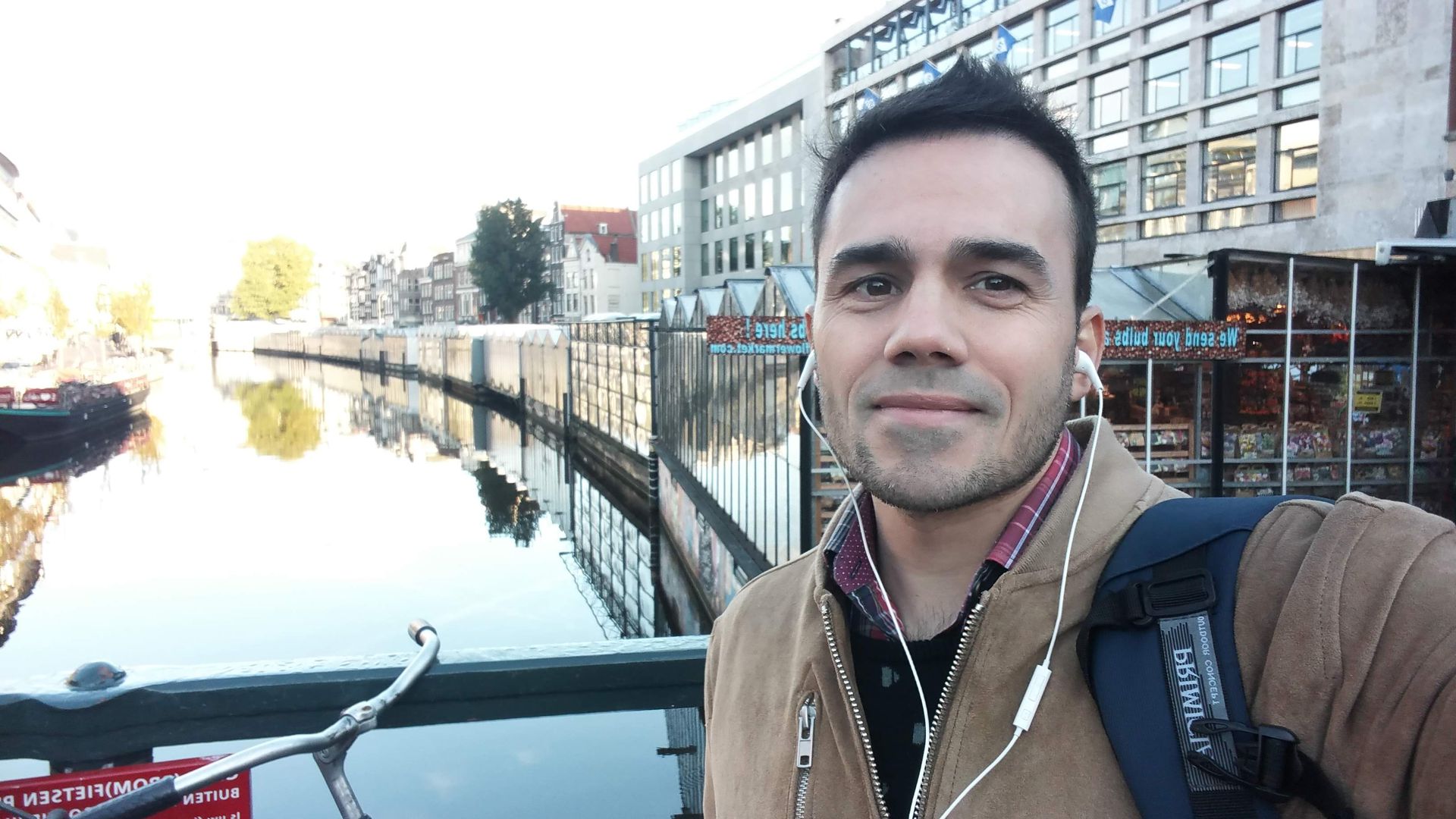 He left his life in Los Toldos and fell in love with the corporate sector: “I am happy even with excess work”


Maybe he didn’t know it at the time. But when the need became imperative to leave the apple farm in Cipolletti, Río Negro, where he spent the first years of his childhood and had to move to the town of Los Toldos, an Argentine city in the northwest of the province of Buenos Aires, head of the district of General Viamonte, a new world opened before their eyes.

Raised by his 90-year-old grandmother Elisa, from whom he learned everything, he soon learned what it was like to use his imagination in an environment where the horizon was confused with the immense fields that make up the region.. “With her I found my place in the world, she taught me everything. His father had come from Spain and created the first hotel in Los Toldos, the Rye Hotel, knew everyone and was a very dear person”.

However, the search for Sebastián Flexas (41) had begun a few years ago, when he received a computer as a gift from his cousins. At that time, and since he was bored, he took his first steps in the area of ​​programming. Years later, that childhood game would lead him to obtain two computer science degrees: today he is a Systems Analyst from the National University of La Plata and a Bachelor of Systems from the National University of the Northwest of the Province of Buenos Aires (UNNOBA).

During his years of study and one morning when he was traveling to La Plata to take a course at the UNLP, listened to an interview with Paolo Rocca on the radio. The Italian-Argentine businessman, CEO of the Techint Group, which runs Tenaris, Ternium, and other companies that operate in engineering, construction, and the energy sector, explained that professionals were needed for the country to move forward. Sebastián felt it as a summons and, as soon as he returned to Los Toldos, he searched for Techint on the internet and signed up on their website. He waited a couple of months until he got a call. At that time he taught at the university and had an agricultural software venture.

The gamble paid off. And, at 27 years old, he was invited to a summer internship, from January to March 2008. “I thought it was a good way to gain experience. I accepted with the idea of ​​staying three months in La Plata at my brother’s house and coming back. But I fell in love. I discovered a much more complex world than the one I had ever imagined, with the ability to do incredible projects, with many good and very intelligent people working for everyone. I could not resist”.

The proposal and the enthusiasm to continue learning led to a new change of plans. Sebastián settled in La Plata and began to travel, every day of the week, by bus to the city to comply with work hours. “People always asked me if I didn’t get tired and the answer is no. I really got used to it over time. In fact, I still feel like a tourist. The first years he returned every weekend to Los Toldos. Today I return every fortnight and on vacation.”

With effort, commitment and dedication, he managed to get a position as digital manager for the Corporate Communications team of the Techint Group. Among other tasks, he is in charge of all the internal and external websites of the different Techint companies in the world, a number that amounts to about forty portals.

“I am lucky to rub shoulders with professionals from all over the world. Sometimes they contact me from China at twelve at night, from Holland at five in the morning or I have a call with someone from Mexico and the United States at nine at night. I am proud to be able to solve everything from Argentina, with a first-class level of demand. And always prioritizing the relevance of the topic, managing time well with my family and also making room for sports and well-being. I love the contrast in my life of being right now in the middle of the field, talking about the lack of rain for the corn harvest with a baqueano and in a week discussing the architecture of a virtual reality site to show offices in an innovative way”.

Over the years, the work increased more and more. But that did not intimidate Sebastián to remain firm in his intentions. He expanded his training with a specialization in university teaching, a postgraduate degree in Human Resources management at the Universidad Argentina de la Empresa (UADE) and is currently pursuing a Master’s degree in Marketing at the University of San Andrés (UdeSA).

He met his wife, they have two children and they achieved a family dynamic that allows them to live in peace. “For the ages of the boys, it is a time of great effort. My wife, Georgina, works eight hours every day, she is a surgical instrument operator and I am proud of the great professional she is. She has the gift of being obsessive about order and cleanliness and that is perfect for her job. He goes to work at six in the morning, returns at 2 pm and also does shifts. I take the boys to school and to the garden and she picks them up. When I traveled to the capital more often, we slept later to take advantage of the time we spent together. It is true that my trips break the whole family organization, but somehow we solve it. My sister and my mom help us when they can too. I am lucky to be surrounded by a beautiful family, and they are the basis for my life.”

What are you passionate about the multinational? He does not know for sure, although he assures that it opened doors to a wonderful world and until then unknown to him. It highlights the possibility of surrounding yourself with intelligent people and being able to learn from them. Although he leaves his personal imprint on those links.

“I try to make friends with my colleagues and make work an excuse to interact. I believe that when you treat relationships as if they were friendships, you can be happy. Because I didn’t finish a job for a boss before, I finished it for a friend. Another thing I like is that effort and the desire to improve are valued. Being every day thinking how to do things better, makes you apply it to your daily life. You see a process that isn’t working and you work hard to fix it. Finally the trips. I love being lucky enough to travel. I’ve just had it for four years since I’ve had this position. I am not one of those people whose families took him to Disney when he was young. Until the age of 38, he had only left the country in the trip of graduates to Brazil. I had to practice English intensively, I never thought I would need it so much.”

It was a radio program that prompted the change. He left his life in Los Toldos to go to work in the country’s capital and fell in love with the corporate world. But he always returns to the tranquility of the town and finds it incredible the contrast of being one afternoon having an appetizer at the bar with the baqueanos and the other time on a trip to Houston eating a $60 steak at Vic & Anthony’s, a chain of American steakhouses. “I’m happy. Even living with overworking of working for the schedules of Holland and the United States, I am proud of everything I have achieved and how I carry it forward”.

If you had an experience that improved your well-being and quality of life (it can be medical, food, sports, a trip, sentimental, professional or of another nature), and you want to share it in this column, write to [email protected]