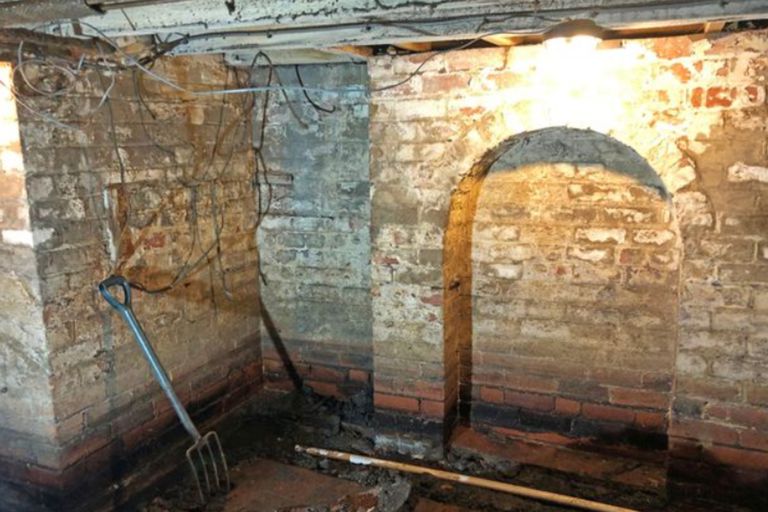 He renovated his house and found an impressive secret basement: “It was exciting”


If a horror movie started like this, the result would not be the best. However, what happened to Ben Mann encouraged people around the world to carry forward home renovations and remodeling to give a twist to those rooms that look like something out of a Stephen King book. This man’s property is fairly modern despite being on land on which countless houses have been built and demolished. That was how, among so many constructions, a secret room survived in what was once a basement.

with his wife Kimberley Jane, the 39-year-old from West Midlands, England, set out to make some repairs after encountering problems on the ground. “We had difficulties with the floor boards, they were rotten”, he explained in dialogue with The Mirror. It turns out that when they moved in, the previous owner didn’t allow them to do a thorough tour and knew that the surrounding houses had basements and old structures underneath.

“I had a feeling there was something hidden downstairs. I took a risk and guessed where the ladder would be and managed to cut the hatch”, he recalled. That’s how he discovered where did your moisture problem come from and found a hidden cellar that formerly would have been used to store wine and food of the lieutenants.

“I found it flooded. It was in terrible condition; there was 30 centimeters of water and a lot of debris. The floor boards and beams were rotting too, I had to replace them all. It was an exciting discovery even though it needed a lot of work”, he detailed.

That was how the arrangements began. just needed £4,000 to convert that destroyed basement in a home theater and game room for her one-year-old daughter Bella.

To this we must add the new furniture such as the new armchair, the cushions, a projector, games for the girl and a custom-made wooden bar. “I made my own system to pump water, looked for second hand materials and saved a lot of money doing the work myself. I started in October 2020 but I finished recently, ”he told the aforementioned medium.

The space is about 12 square meters and also has a machine to make popcorn, another for sweets, a mini bar and several shelves. “We are very happy to have discovered it,” he said, proud of his discovery and of what he achieved for his work in that space.