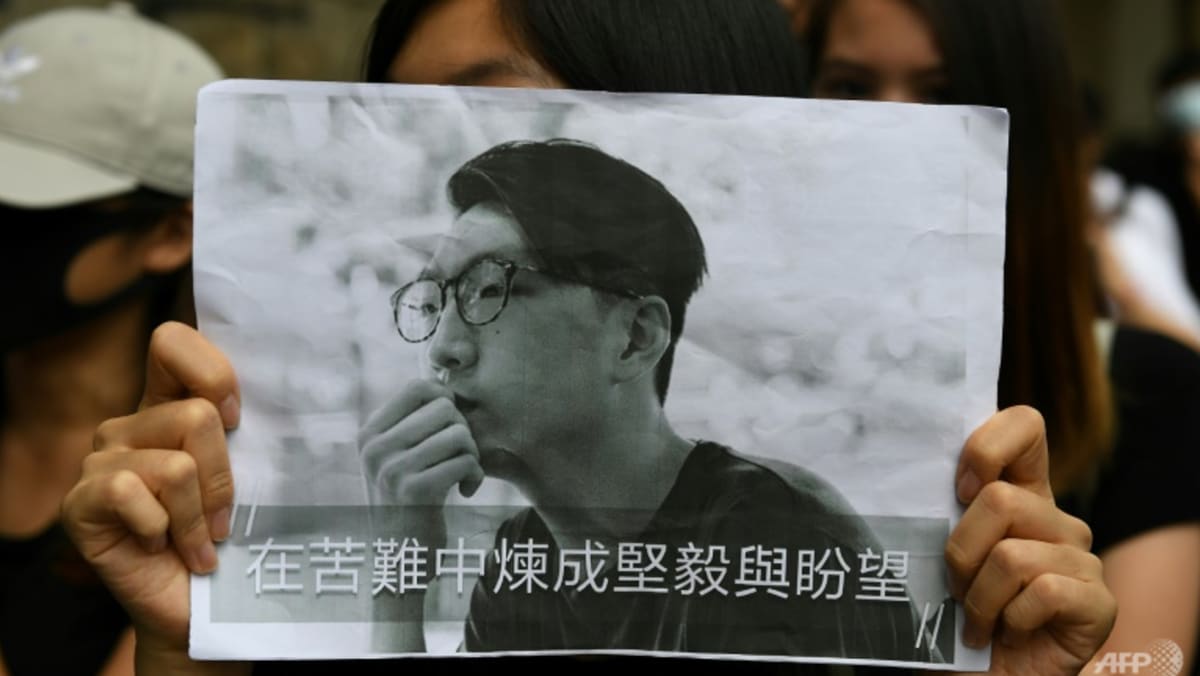 Leung, 30, was the face of Hong Kong’s indigenous grassroots group and a rising star on the political scene when a fledgling pro-independence movement gained momentum in 2016.

But his rise was cut short two years later when he was jailed for rioting and assaulting police during a 2016 protest, in which protesters threw bricks and lit rubbish on fire in Hong Kong’s Mong Kok business district.

While Leung was held in a maximum-security prison, his election campaign slogan, “Free Hong Kong, the revolution of our times,” gained prominence when protesters in 2019 interpreted it as a rallying cry against China’s rule. .

The chant, ubiquitous during the huge and at times violent pro-democracy demonstrations that convulsed the city, was criminalized last year under a far-reaching national security law that Beijing imposed on Hong Kong to end the dissent.

Leung was expected to be released from Shek Pik prison during business hours on Wednesday, but authorities confirmed he was released under cover of darkness in the pre-dawn hours.

“The Department of Correctional Services has taken appropriate steps to arrange for the person in custody in question to be released from Shek Pik Prison in the early hours of the morning,” Hong Kong’s prison department told AFP in a statement. email.

This was done with “consideration of the wishes and safety of the detainee”.

Leung posted on his official website around 5:45 am that he had been reunited with his family.

“After four years, I want to cherish the precious time I have with my family and restore a normal life. I would like to express my genuine gratitude for all your care,” he wrote.

He added that he will “stay out of the spotlight and stop using social media” as he is legally required to comply with a “supervision order”.

Leung’s family on Tuesday urged the public not to gather at the prison for the activist’s release.

Weeks earlier, government sources had told local media that “Leung is likely to be watched” as authorities distrust his influence in the now-stifled pro-independence camp.

Born in the Chinese mainland city of Wuhan in 1991, Leung is best recognized as one of the early faces of the Hong Kong independence movement.

Initially, he was resented by mainstream supporters of democracy for his staunch defense of Hong Kong’s independence.

But his views gained popularity, particularly among the territory’s younger generation, after the largely peaceful 79-day Occupy Movement collapsed in 2014, with police forcibly evicting protesters with batons and gas. pepper in some cases.