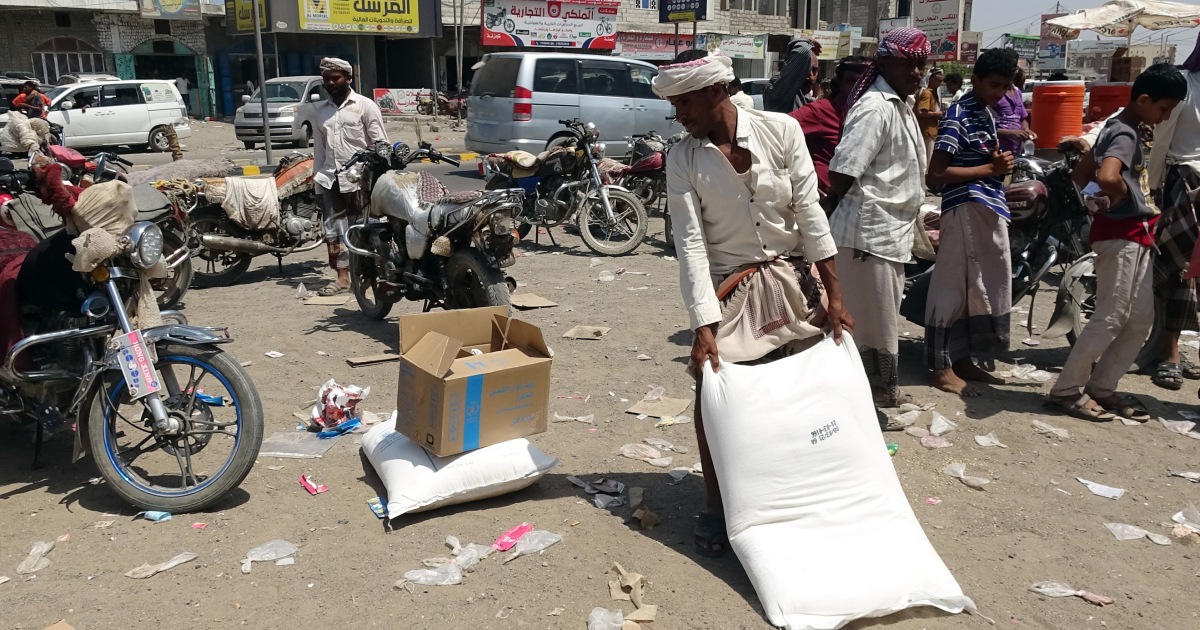 
The outbreak of the conflict in Yemen, with the Houthis attacking an oil facility in Abu Dhabi and a retaliatory strike by the Saudi-led coalition in Sanaa, has raised fears of a worsening humanitarian crisis in the country where the situation is already serious.

The latest escalation came after the Houthis launched a deadly attack on several targets inside the United Arab Emirates on Monday, including an under-construction extension to the Abu Dhabi international airport.

The United Arab Emirates, which along with Saudi Arabia has been engaged in a seven-year war against the Houthis to hinder the advance of the Iran-aligned movement and restore the rule of Yemeni President Abd-Rabbu Mansour Hadi, promised a strong response.

Years of UN-brokered mediation have failed to break the deadlock with the body in recent weeks, warning of a renewed determination by the warring parties to force their adversary to submit.

Al Jazeera takes a look at the effect the war has had on the poorest country in the Arab world, one that the UN has described as the world’s worst humanitarian crisis.

Although it is difficult to compile exact figures, the UN estimates that more than 377,000 people have died due to the conflict by the end of 2021.

In a report released late last year, the United Nations Development Program said that about 60 percent of deaths were the result of indirect causes, including famine and preventable disease. The rest were caused by front-line fighting and air strikes.

The report noted that children account for 70 percent of deaths.

Aid agencies say this is due to the vulnerability of babies and the complexity of the protracted conflict, which has taken a heavy toll on health and social services.

According to the World Food Program (WFP), some 16.2 million Yemenis, or about 45 percent of the total population, are food insecure.

The UN agency warned that more than five million people were on the brink of famine, while another 50,000 were living in famine-like conditions.

The food crisis has been aggravated by a sharp increase in the price of basic products, which have seen an increase of 30 to 70 percent since the beginning of the conflict.

Malnutrition among children and pregnant or lactating women is another pressing concern, and WFP warns that the two groups were particular victims of malnutrition.

The conflict has also forced some 4.6 million Yemenis to flee, according to figures from the UN Refugee Agency (UNHCR).

Internally displaced Yemenis (IDPs) face a host of challenges and are at increased risk of famine and preventable disease.

UNHCR estimates that about 67 percent of Yemen’s internally displaced people, or some 2.6 million people, are currently food insecure.

Children and women are also disproportionately affected by the conflict, accounting for 79 per cent of the total internally displaced population.

With no end in sight to the conflict, analysts say Yemen faces a bleak future.

Earlier this month, the UN sounded the alarm over the ongoing hostilities, saying the warring parties have stepped up efforts to claim victory on the front lines.

“Seven years down the road of war, the prevailing belief of all sides in the war seems to be inflicting enough damage on the other to force them to submit,” Hans Grundberg, the UN secretary-general’s envoy to Yemen, told a meeting. of the Security Council.

“However, a long-term sustainable solution cannot be found on the battlefield.”