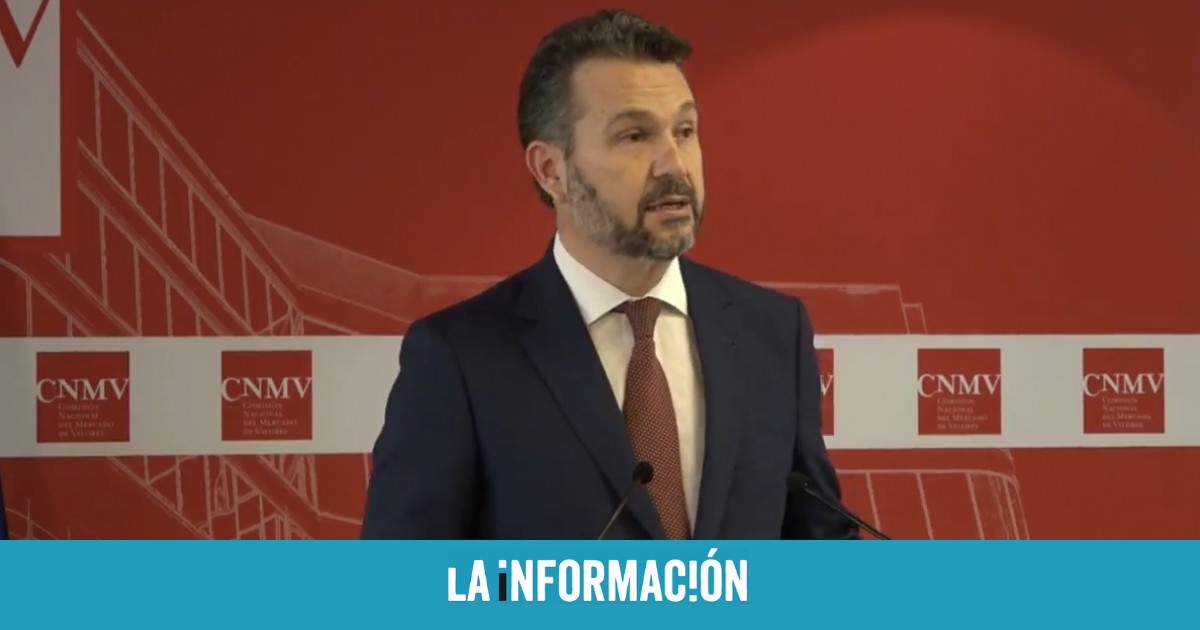 
Its influencers, youtubers and other famous personalities will be able to continue promoting investment in cryptocurrencies without being subject to any control, but only if they do it for free. The National Securities Market Commission (CNMV) will have within a month the power to limit the publicity of these assets if they are presented as an object of investment to the mass public, but will not be able to do anything if there is no consideration behind a message advising on this instrument because it would be violate free expression.

This will be the only way they will have to bypass the new regulations: that it be an opinion and that there is no consideration, neither in money nor in kind. “There must be no relationship between the influencer and the provider of the cryptocurrency service”, point out CNMV sources. In any case, the circular will be somewhat retroactive. The massive campaigns already launched and that in the middle of next February they will continue in force, they will pass this new exam with which Spain is at the forefront of Europe and anticipates the famous MiCA regulation of the Commission.

If a public personality with a Audience of more than 100,000 peoples (estimated number of users in the campaigns and the number of followers of the accounts used) signs an advertising contract with a crypto-asset operator and explicitly encourages investment, it will have to pass a thorough check. You should even send a prior communication from the company to theto the CNMV so that it gives its approval or imposes requirements. Advertising that reaches a mass audience will be subject to prior supervisory action if it is done through social networks, but also in sponsored videos, television, radio, digital media and search engines, print media or in urban furniture, transport or other support that is installed abroad.

In a similar way to what happens with regulated advertising in other sectors such as tobacco, it will be essential that any advertisement include the same message in which the risks of the product are reported: “Investment in crypto assets is not regulated, may not be suitable for retail investors and the entire amount invested may be lost.” If the rule is not met, there will be fines. The Law of the marketc of values is the one contemplated by the sanctioning procedure, although it can only be ‘hunted’ by applying the punishments typified as a serious infraction and not very serious.

List of sanctions: the amount resulting from double the amount earned by the advertising campaign will apply if the figure is greater than 300,000 euros

However, the commission of a serious offense grants the CNMV a list of sanctions. The same sources have ensured that the largest possible will be chosen in any case. And it is that despite the fact that they contemplate fines of up to 300,000 euros, if he double gross profit obtained by the operator by virtue of the advertising campaign with which the circular was breached is of a higher amount, this sanction may be selected. The same happens if the figure is higher, taking into account 2% of the offending entity’s own resources, total funds or those of others.

The Securities Market Law also includes the possibility of suspending or limiting the volume of operations or activities for a period not exceeding one year. Precisely Binance, one of the largest cryptocurrency operators in the world, has recently been banned in countries such as Italy and the United Kingdom. In Spain no similar decision has yet been taken. This firm, chaired by Chinese-Canadian businessman Changpeng Zhao, has been in the focus of the CNMV for some time.

Last November, the supervisory body issued a warning through Twitter the former player of the Spanish National Team, Andrés Iniesta, who posted a tweet explaining that he was getting started in the world of virtual currencies through this controversial platform. your tweet continues to be published on the profile of your social network and has more than 12,300 interactions, to which impressions should be added -this data, which reflects the scope, is not public-.

The entry into force of this circular will only regulate the advertising of crypto assets and exclusively those that are announced as an investment object. The so-called white papers, publications on crypto assets issued by analysts or independent commentators and that are not sponsored or promoted, are outside the norm; certain unique non-fungible assets (NFT) or ‘utility tokens’, training courses that do not promote investment explicitly or to the extents sports sponsorships if only the commercial name appears without any allusion to the investment.

These limitations are what fueled a serious debate within the CNMV itself. The concern around the world of cryptocurrencies continues to grow due to its extreme volatility and its high speculative component, but above all because it is attracting a huge number of inexperienced investors. This reason, together with the delay in Brussels in approving the MiCa regulation, is leading the authority to consider the possibility of introducing some element that anticipates European regulations in the revision of the Securities Market Law that the Government began in May 2021 and that is still underway.