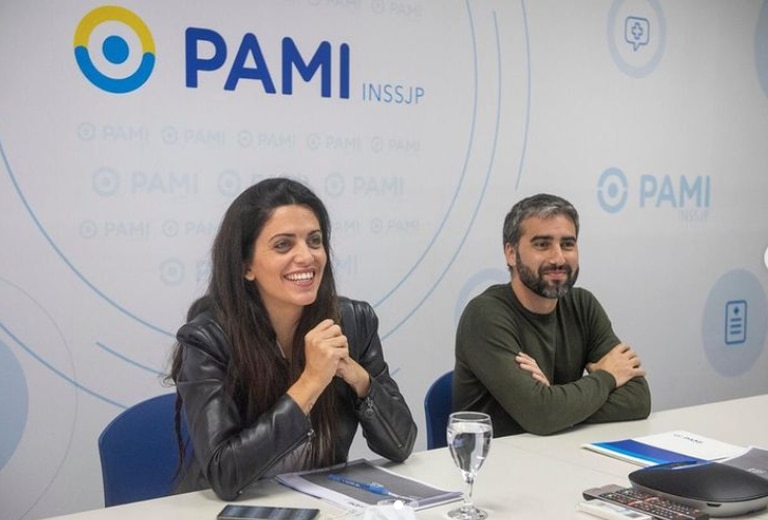 
Determined to put an end to the scandal and the internal discussions, the president Alberto Fernandez confirmed in his position the head of the PAMI, Luana Volnovich. Who will leave in a few hours his place will be Martin Rodriguez, his second in the organization and with whom he traveled to a paradisiacal island in the Caribbean. Various sources consulted by THE NATION indicated that Rodríguez’s replacement would be Luciano Di Cesare, who has already passed through the agency and is prosecuted for fraudulent administration to the detriment of the public administration.

The Volnovich and Rodríguez scandal became known last Tuesday, when an image of both emerged in a bar in Holbox, a paradisiacal island in the Yucatan Peninsula, just over 140 kilometers from Cancun. The trip of both was in the middle of Fernández’s recommendation for officials to rest in the country. As it was being rebuilt over the days, Volnovich traveled there without previously informing either the president or the vice president, Cristina Kirchner, nor would he have done so within La Cámpora, an organization led by Máximo Kirchner, and which She has been a member for more than a decade.

Last Friday, both she and Rodríguez returned to the country via Uruguay, the country they arrived at from Mexico City. That same day he spoke with Fernández and the possibility of their meeting this Monday was considered, which ultimately did not happen.

“You can’t leave with your second. Who works?”, they said near the President, where they took Rodriguez’s departure for granted.

In the middle, in addition to discomfort over the trip, at the Executive level, discomfort arose over the relationship between the two officials. The point also raises an incompatibility in the exercise of the function. According to the judicial presentation that will be headed in the next few hours by legislator Graciela Ocaña -former head of the organization- the central point of the conflict is in article 3 of the Decree of Necessity and Urgency 2/2004, which provides that the Deputy Director Executive Director (SDE) of the PAMI’s main function is to replace the Executive Director (DE) in case of absence or impediment. If you go on vacation with the DE you cannot exercise your primary responsibility for which you were appointed. In other words, the function of the SDE is incompatible with taking vacations with the DE There is no possibility of delegating a signature In the case of absence or incapacity of both, the Executive Power must appoint a replacement by decree, even if it is temporary. And the trustee is also on vacation, so none of the three appointed by the president came.