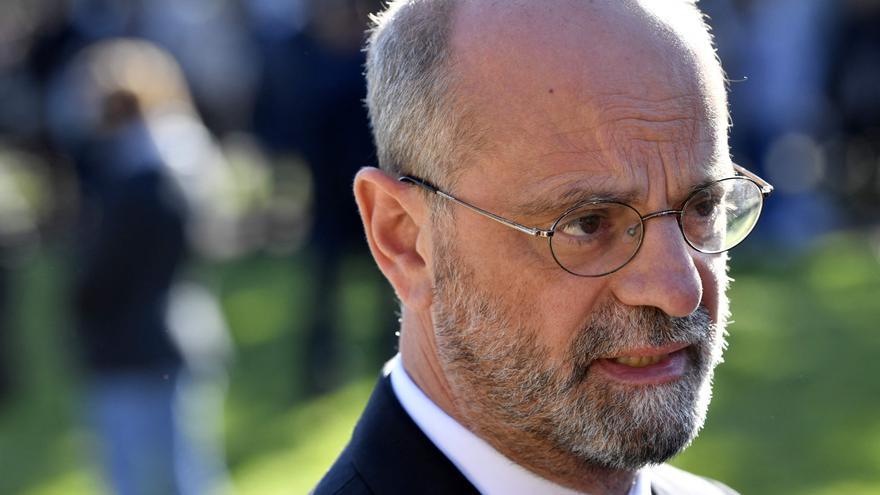 Macron’s Minister of Education, against the ropes for a vacation in Ibiza


The French Minister of Education, Jean-Michel Blanquer, is against the ropes. the digital diary Mediapart revealed on Monday night that this leader managed and announced the protocols for the back to school from Ibiza, where he spent the New Year holidays. On the surface, this information may seem like an anecdote, but it has unleashed a political storm against Blanquer, increasingly criticized for his management of the irruption of omicron in schools. After a massive strike on January 13, the educational unions already announced a second one for this Thursday on Monday. The revelation of the minister’s holidays throws even more gasoline on the fire of teachers’ discomfort.

The way in which Blanquer announced the new protocols for going back to school had already outraged the education sector. After several days of speculation, he decided to specify them on Sunday, January 2, in a published interview at five in the afternoon The Parisian, a few hours before returning to the classroom. That controversial interview, according to Mediapart, had been made from Ibiza, a holiday destination. The Parisian newspaper did not specify this detail at the time, not a minor one. In addition, he illustrated the text with a photograph of Blanquer in the Ministry of Education, actually taken in mid-November.

According to those protocols, when there was a positive case in a classroom, the children three tests had to be done in five days and give negative in all of them to be able to go to class. These were so strict and Kafkaesque that the executive has modified four times in the last few weeks. A “chaotic” management that motivated the current protests of the teachers.

One of Macron’s favorite ministers

“His political fault is not having taken vacations, but not having done homework presenting beforehand, in a concerted manner, its protocol”, reproached this afternoon the deputy of the Republicans, Virginie Duby-Muller, in the session of questions to the government in the National Assembly. “Instead of preparing with teachers and parents of students a back to school under covid, the minister organized a media operation with feet in the sand (of the beach). This level of contempt and irresponsibility is unacceptable,” Yannick Jadot, the Greens’ candidate for the April presidential election, said on Twitter. Like much of the opposition, he demanded the minister’s resignation.

“The symbolic aspect, I’m sorry. Surely I should have chosen another place. But would the decisions have been different if he had been somewhere else? No”, said Blanquer in the hemicycle. Although in public all his fellow executives came out in his defense, his figure price down within macronism. After being considered one of the preferred ministers of the president Emmanuel Macron – to the point that the French press presented him as the “vice president” – now finds himself on the ropes. And he could even fall on the canvas of his resignation.