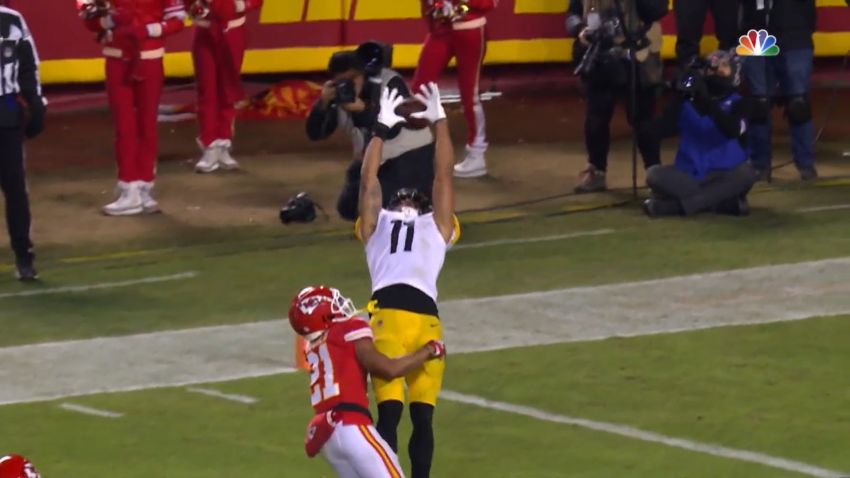 Mike Tomlin on whether wide receivers’ left is developing downfield: ‘You think so?’ – Steelers Warehouse


If Sunday night’s game is going to be the last for Pittsburgh Steelers quarterback Ben Roethlisberger, then it’s fair to say the team didn’t give him the send-off he deserves. While he didn’t underestimate his own level of play, there was very little anyone did around him that was of particular benefit to his quest to win.

Fingers could be pointed all over the place, but it certainly has to be said that Roethlisberger’s skill position players, his passing targets, left a lot on the table. That especially goes for his two top targets on the season, wide receivers Diontae Johnson and Chase Claypool, the former with at least a couple of knockdowns and the latter just not making the plays he should be making.

Asked after the game if he felt there were plays his skillful players were taking off the field, head coach Mike Tomlin replied: “do you believe Yes”. It’s really the only answer you can give when you have the level of poor execution that we’ve seen all too often, particularly at the top of the depth chart.

Johnson was targeted in the game 10 times, but had only five receptions for 34 yards, one of which was for a touchdown. To his credit, a couple of the catches he made, including the touchdown, were high-quality plays that aren’t easy to make from a route-running or fielding perspective. But as Tomlin likes to say, it’s about making the routine play the routine.

As for Claypool, he caught only three of his seven goals and, on multiple occasions, failed to deliver catchable balls that could have been big plays. Even JuJu Smith-Schuster, a surprise return, put a ball down in the middle of his eight goals.

Although he was only targeted twice, the player Roethlisberger benefited from the most was outgoing James Washington, and I mean outgoing in the sense that he left in free agency. He caught both of his targets for big plays, one at the 22-yard sideline, the second in the end zone for what turned out to be Roethlisberger’s final touchdown pass.

Tight end Zach Gentry, in case you were wondering, caught Roethlisberger’s last NFL pass. He caught all four of his targets for 33 yards on the game. It will now forever be the answer to a very specific trivia question (with no implication that that is all it is or has ever been).

If this game has reminded us of anything, it’s that the Steelers lack a truly dependable, dynamic pass catcher. Johnson looked good for much of the season, but his tumbling issues surfaced in the second half of the regular season, and he’s also had some unfavorable safety issues, whether it’s in terms of balance or, worse, fumbles. They’re going to need someone reliable for the next guy under center.