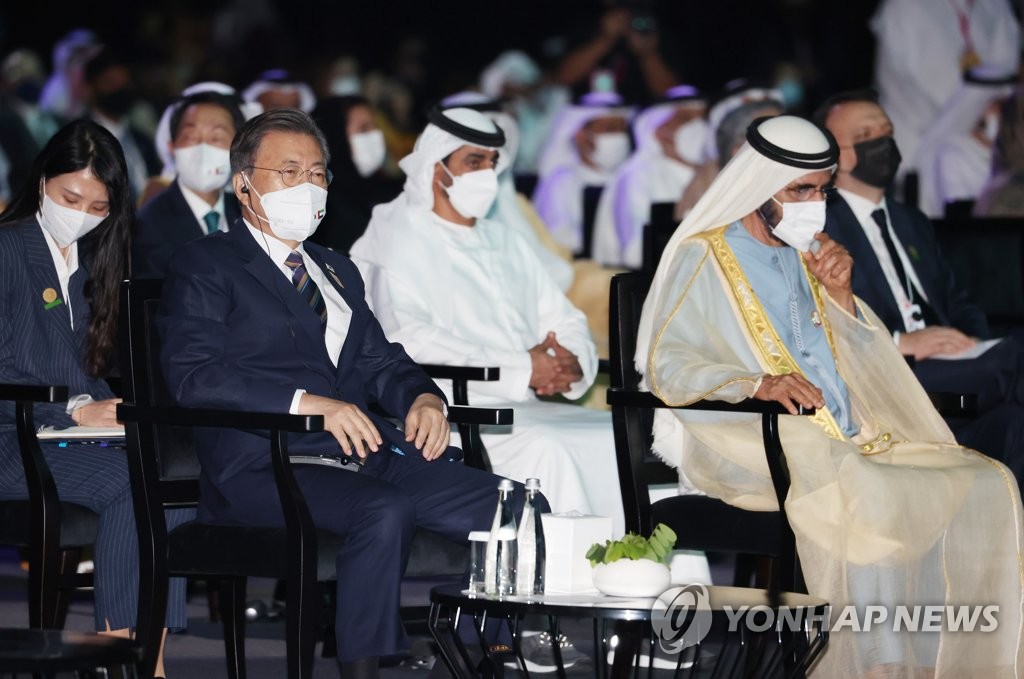 Moon travels to Saudi Arabia for talks with crown prince 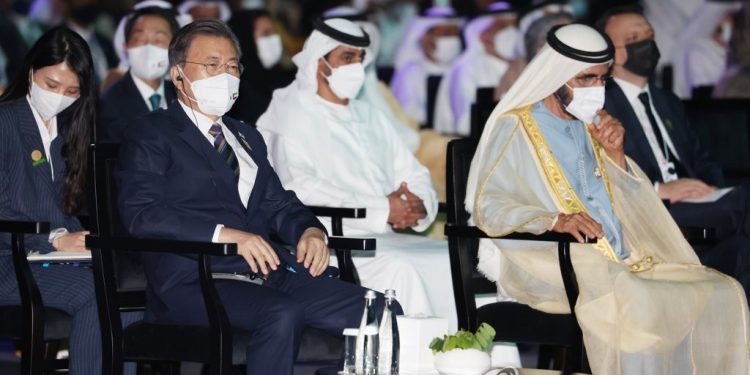 DUBAI, Jan. 18 (Yonhap) — President Moon Jae-in left for Saudi Arabia on Tuesday after wrapping up a four-day trip to Dubai that included signing a preliminary agreement with the United Arab Emirates (UAE) to sell medium-range surface-to-air missiles to the Persian Gulf nation.

The deal was signed after Moon held talks with UAE Prime Minister Sheikh Mohammed bin Rashid Al Maktoum. Although Moon’s office did not provide details of the deal, media reports have indicated it is likely to reach $3.5 billion.

In addition to deepening defense ties, South Korea and the United Arab Emirates have agreed to expand their cooperation in hydrogen, science and technology, efforts to address climate change and space.

In Dubai, which is currently hosting Expo 2020, Moon stepped up South Korea’s campaign to host the World Expo in the southeastern port city of Busan in 2030.