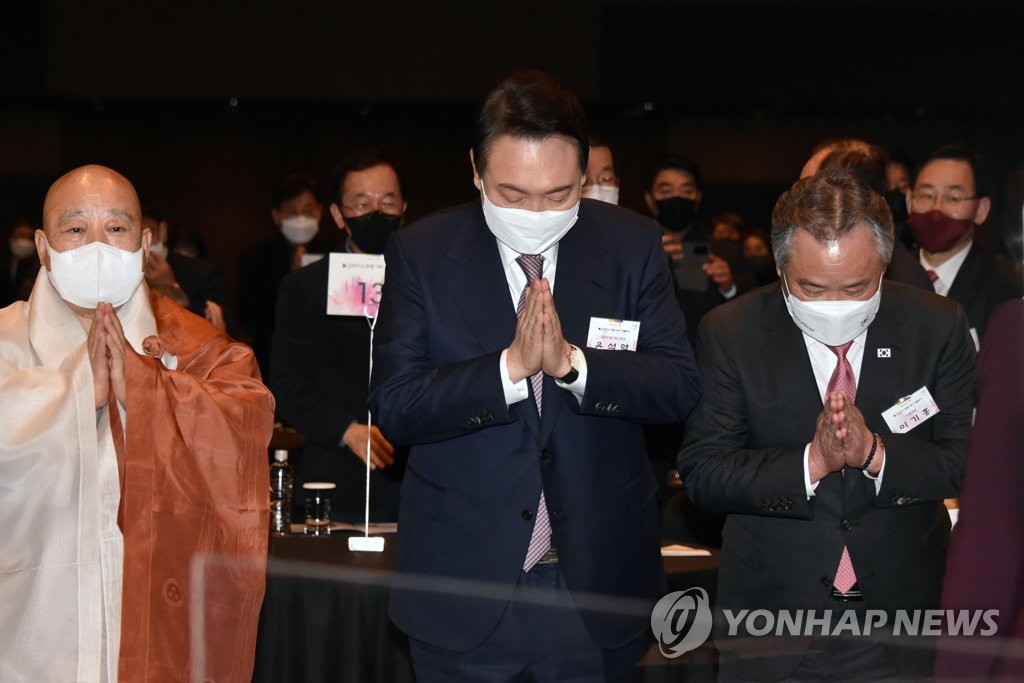 (News Focus) Suspicions of shamanism come back to haunt Yoon 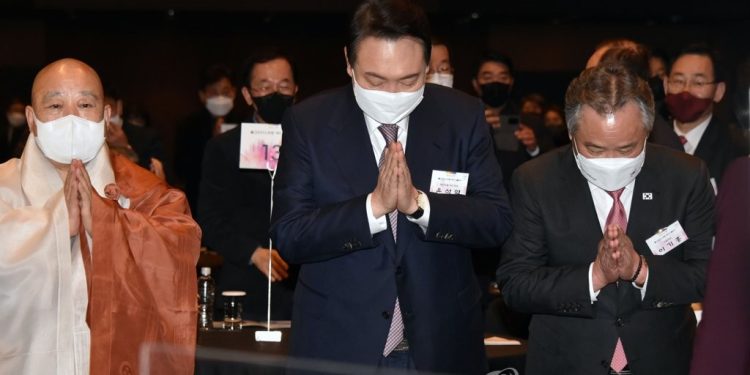 SEOUL, Jan. 18 (Yonhap) — Leading opposition presidential candidate Yoon Suk-yeol has come under renewed scrutiny for his alleged ties to shamanism, following reports that his wife claimed to be “spiritual”. » and that a shaman was deeply involved. in the direction of his campaign.

Yoon, of the conservative People’s Power Party (PPP), has previously been criticized for displaying the Chinese character for “king” on the palm of his hand, demonstrating what critics describe as utter disregard for the democratic system and a reliance on superstition.

The most recent fodder emerged during the MBC TV broadcast on Sunday of recordings of phone calls between Yoon’s wife, Kim Keon-hee, and a reporter from a liberal YouTube channel, in which Kim claimed to be a “spiritual” person. » who preferred to discuss the meaning of life. with “dosas,” or gurus, to visit nightclubs.

Kim’s comment received attention because it was previously reported that she had close ties to shamanism and introduced certain shamans to her husband.

Then, local newspaper Segye Times reported on Monday that a shaman introduced by Kim has been exerting undue influence over Yoon’s campaign while working as an adviser to a sub-unit called “Network Headquarters.”

The PPP was quick to dispel the accusations, saying the person in question is not a shaman but a Buddhist figure who has made several visits to the campaign but has never been appointed as an adviser or had any influence on the campaign.

On Tuesday, the party announced the dissolution of the network headquarters and said that Yoon made the decision.

When asked to address the claims, Yoon expressed his disbelief.

“He was introduced to me by a party official and we introduced ourselves, but I know he is a monk,” the candidate told reporters on Monday. “I saw the article about (he is involved in) my schedule and public messages, but it is a truly absurd story.”

Yoon’s opponents have compared his wife to Choi Soon-sil, a confidante of former conservative President Park Geun-hye, who was also accused of having ties to shamanism and running state affairs behind the scenes.

Choi’s actions eventually sparked an investigation that led to Park’s ouster, his removal from office, and his imprisonment. At the time, she was often compared to Grigori Rasputin, the infamous monk accused of playing a key role in the downfall of Russia’s Romanov dynasty.

“In a modern 21st century society…, we absolutely cannot allow a shaman to influence decisions,” he told reporters on Monday.

To Yoon, he said, “If such items exist, I would like (him) to completely remove them from now on, strengthen his own abilities, and use talented people to take real action to stabilize state affairs and ensure that people don’t feel nervous.” «