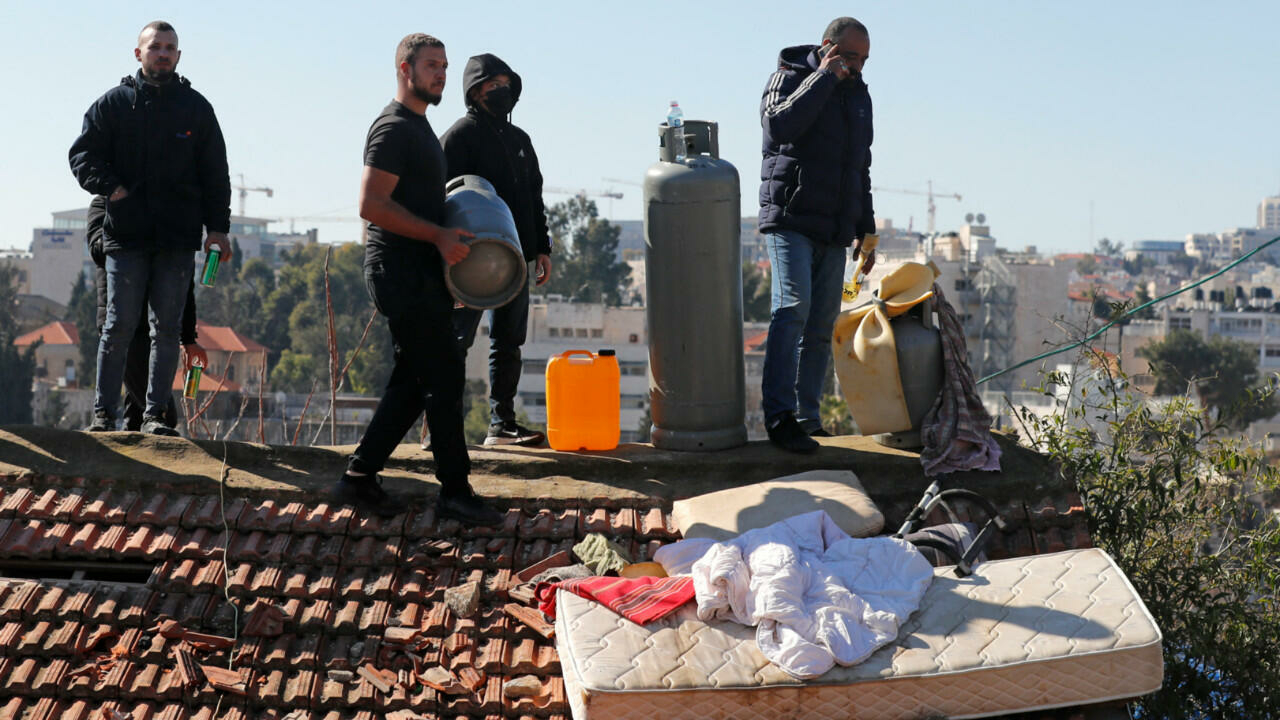 Israeli police were in a standoff on Monday with a Palestinian man who brought a gas canister to the roof of his home in a critical Jerusalem district as his family faced eviction. The Sheikh Jarrah neighborhood resident threatened to blow up his house rather than let his family be forced to leave.

Israeli media reported that Mohammed Salhiya had threatened to set himself on fire if the eviction order from the Sheikh Jarrah area of Israeli-The annexation of East Jerusalem was carried out. Salhiya’s family has been facing an eviction threat since 2017, when the land where his house is located was destined for the construction of a school.

the police and the Jerusalem The municipality said in a joint statement that delegates went to the house early Monday to carry out an eviction order after the Salhiya ignored “countless opportunities” to evict the land as ordered.

Dozens of police in riot gear surrounded the property from early morning during an hour-long standoff. Roads were closed around the area, about a kilometer north of Jerusalem’s Old City walls, where clashes between Palestinians and Jewish settlers often broke out last year.

The Jerusalem municipality expropriated the land, in an area that Israel captured and occupied in a 1967 war, along with the rest of east jerusalem, and then annexed, in a move not recognized by the international community.

An Israeli court ruled in favor of the eviction.

“I will burn the house and everything in it, I will not go from here, from here to the grave, because there is no life, there is no dignity,” Salhiya said as he stood on the roof of the building, surrounded by gas canisters. . I have been in battle with them for 25 years, they sent me settlers who offered to buy the house and I did not accept”.

“We have been in this house since the 1950s,” said another member of the Salhiya family, Abdallah Ikermawi, from the roof of the house. “We have nowhere to go,” he said in quotes provided by the Sheikh Jarrah Committee organization, adding that the family consisted of 15 people, including children.

A symbol for the Palestinians

A wooded area of ​​sandstone houses, foreign consulates and luxury hotels, Sheikh Jarrah has become an emblem what the Palestinians see as an Israeli campaign to expel them from East Jerusalem.

An 11-day war broke out in Gaza between Israel and the Palestinians last year, fueled by anger at Sheikh Jarrah, where families fought against eviction orders.

Police said their “negotiators” were at Salhiya’s house after several residents of the house “began fortifying themselves with a gas cylinder and other flammable material”.

Witnesses told AFP that clashes between security forces and locals broke out after the police arrived, but then died down.

Israel’s Internal Security Minister Omer Bar-Lev said Monday that a court ruled the case was one of illegal occupation. “The stick cannot be held at both ends by demanding that the municipality take measures for the welfare of Arab residents and oppose the construction of educational establishments for their welfare,” Bar-Lev wrote on Twitter.

Hundreds of Palestinians are facing eviction from their homes in Sheikh Jarrah and other neighborhoods in East Jerusalem.

In some cases, Jewish Israelis have filed legal challenges to claim land they say was illegally taken during the war that coincided with Israel’s founding in 1948. Palestinians have rejected these claims, saying their homes were purchased legally. to the Jordanian authorities who controlled East Jerusalem between 1948 and 1967.

Seven Palestinian families in Sheikh Jarrah have taken their legal challenges against their eviction threats to the Israeli Supreme Court. The Salhiyas are not in that group.

Jerusalem City Councilor Laura Wharton, who was at the scene and was to meet the Salhiya family later on Monday, criticized the municipality’s actions.

“They could have built the schools on the same land without moving the families. There is a lot of space,” he said. “The sad thing is that it is the municipality itself that does this, it is not some right-wing settlers.”

As Sheikh Jarrah residents and activists monitored the situation from nearby rooftops, the British Consulate in East Jerusalem, located opposite the house, tweeted that Consul General Diane Corner had joined other diplomats to “bear witness to the ongoing eviction.” ».

The consulate said such evictions in occupied territory, in all but the most exceptional circumstances, were against international humanitarian law. He urged the Israeli government to “cease such practices which only serve to heighten tensions on the ground.”

More than 200,000 Jewish settlers have moved into East Jerusalem since its annexation, fueling tensions with the Palestinians, who claim the area as the capital of their future state.