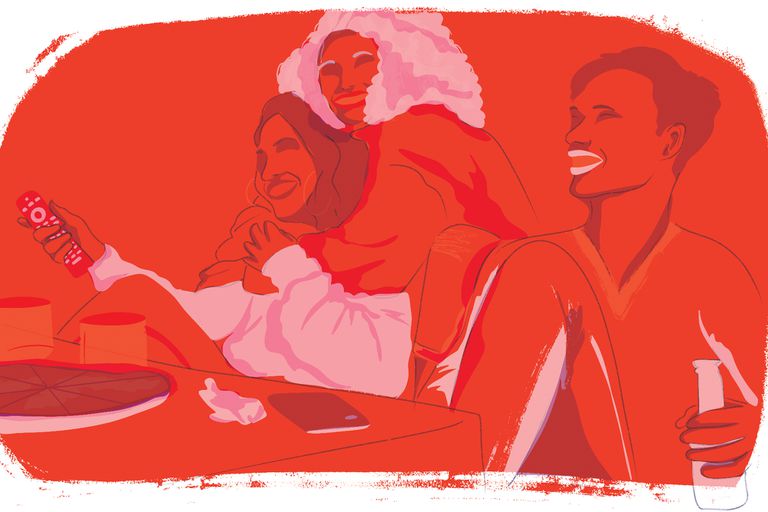 Polyamory: Can you have non-monogamous relationships with emotional responsibility?


In our culture, the monogamous couple relationship stands out as the predominant one. A relationship, sexual and loving, is agreed between two, which in general becomes the most important above all other relationships, even above friendship or family of origin.

“Polyamory” is a type of non-monogamous relationship in which stable and parallel sex-affective bonds are established, They tend to be in general moderately lasting relationships and they do not usually have casual sex with other people.

How do you explain the sexologist and educator Analía Pereyra, The guiding idea of ​​polyamory is that one person can’t meet all your expectations, but you don’t need to separate or cheat. Instead, “there is the possibility of having multiple meaningful relationships.”

Orlando Wunderlin He is 35 years old and has been 6 defines himself as a polyamorous person. He also identifies as gay and demisexual, that is, he can only have sexual relations with people with whom he feels emotionally attached. He says that he made “the painful crossing” from a type of monogamous bond to a polyamorous one because he could not “fit into the unique model of productive and reproductive sex-affectivity that led us to reduce ourselves to the complementary duo, this idea of ​​the partner for life, that promise of happiness.

By problematizing the monogamy Authors such as Brigitte Vasallo approach the idea that there are fundamental characteristics in this way of thinking, such as the exclusivity (although there is infidelity), hierarchy and competition.

Orlando refers to this and says that this logic of competition was hurting him. He talks about insecurities regarding his aesthetics, his gender (he is named as non-binary), his age. He recalls situations of bullying that he suffered in Córdoba, where he was born. “You want to achieve that promise of happiness. So you have to be better to be more eligible in this system: you should have a hegemonic beauty, be popular on social networks, have more social capital, erotic, etc. With this thought, the other is an enemy and can take away your chance to find true love. Or if the other is better, he can also threaten you if you are already in a relationship with taking away your partner who swore eternal love to you and it cost you so much to find, ”he reasons.

However, It is defined in a polyamorous network, where each link is important, has the same weight and where the care of oneself and the other is paramount. “What each one needs is taken into account and the exchange is affective. The most important thing is that one takes charge that it is not the other’s responsibility to make you happy, that you are well and that you complement yourself. Something very stressful for a single person, ”he says.

One of the problems he had when starting a monogamous relationship was with his exes, whom he still loves. and, somehow, wishing. In the polyamorous bonds that he has today they have a place and each person with whom he establishes a relationship knows that he bonds sexually-affectively with others, even with his exes. The same from the other party, that’s the pact.

Account that It took time for him to understand that a lack of exclusivity is not a lack of love. Although he recognizes that jealousy is still an impulse to fight with and mentions that he suffered a lot. “Sometimes you feel awkward or your guts ripping because someone is more into someone else than you are. It’s not complaining and making scenes, but it’s not letting go either. If the other acts badly, is toxic, is bad or simply does not take care of you, you have to know how to point out those things.

However, despite the pain, and the separations that he was having in his polyamorous relationships, and even recognizing that it is not something “for everyone”, he ponders the good: “Being polyamorous is about having an ethic of care, being clear, sincere, not blaming anyone, with empathy. Love is a feeling of deep affection and the desire for the other to experience situations of greater fulfillment. And it is also accepting the other as another who has the right to be, to feel, and whatever happens to other people regardless of whether that includes us or not.”

The Bachelor of Psychology, sexual diversity specialist Alejandro Viedma says that, at present, for interaction with humans in general and couples in particular, the “assertiveness”, which is based on positive personal attitudes, which put aside the “pass bills”, devaluations and confrontations, in pursuit of expressing personal wishes and expectations as lovingly as possible, but at the same time in an honest and direct way.

And mention the affective responsibility, that “implies that what we say and do has an impact on other people, for which we must take responsibility for our own actions.” Therefore, “one of the main objectives of affective responsibility is to care for the other, for example, trying to generate consensual dialogues about feelings and sexual-affective agreements that are taking place in a relationship.” He adds that the fundamental thing is “to jointly build an adequate context to be able to speak, listen and respect each other.”

Among the affective responsibility he mentions the care of “sexual health” because in the office many times he hears more people concerned because his partner cheated on him, than whether or not there was prophylaxis in that situation.

Clarifies that opening the couple does not ensure a paradise or happiness; nor can it be generalized because each one makes its own experience. But he maintains that, on occasions, especially when there is discomfort, it is an alternative to “agree on something new based on truth, respect, affection and empathy.”

And he mentions that so much the pacts as the ways of enjoying are not static, defined once and for all, but can be modified as the link becomes more flexible and vice versa. “The tastes, the modalities of the pleasures, of the enjoyment are very singular and both these and the agreements change over time and with the experiences with different people”, he says.

Analía Pereyra takes the floor and asks: “Are we currently questioning our most intimate sex-affective practices? Do we dare to review how the patriarchal system shapes our ways of feeling and connecting sexually with other people?

And diagram some answers. “Perhaps based on desire, that desire that is culturally produced, we can allow ourselves to review something of these ways of connecting with each other that we consider so unique,” ​​he says. “In each age people want different things, in reality we introject desires. What we consider so private, intimate is the sophisticated effect of a social discipline whose sole objective is the maintenance of the status quo and the reproduction of the species”.

If we know other sexual practices, will we be able to produce new desires and new subjectivities? The sexologist concludes: “It is good to ask ourselves: these “alternative” ways of relating sexually-emotionally, such as polyamory, open relationships, swinger experiences: Can they be sustained in people whose education has been impregnated by the model of romantic love, the monogamous couple? and possessiveness? In principle, if we don’t deconstruct all this cultural baggage, other types of relationships are going to be difficult to sustain.”

Regardless of whether it is the model of monogamy or polyamory, both professionals point out that It is essential to focus on affections, on cared for relationships, on love and review the bad habits we have learned when it comes to relationships.